THE ONLY WAY TO REMOVE INEC CHAIRMAN 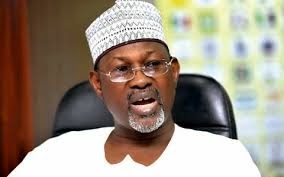 If you have been reading the Newspapers for the past week,
you will definitely have come across the controversy centred around the purported
removal of the INEC Chairman, Professor Attahiru Jega. While some pro-jega fans
are saying it would be wrong to remove him at such crucial time which is barely
weeks before the elections, others are saying heavens will not fall. The main
issue apparently is does the President have the power to remove Prof Jega? Let’s
have a look at the constitution for the answer to that.
The Nigerian Constitution in Section 153 makes provision for
the establishment of certain Federal Executive Bodies including the Independent
National Electoral Commission among others. Part 1 of the Third Schedule of the
Constitution further provides in Section 14(1) that INEC shall have a Chairman
who shall be the Chief Electoral Commissioner.
Section 154 states that the Chairman of the bodies so
established shall be appointed by the President and the appointment shall be
subject to confirmation by the Senate.
With regard to removal, Section 157 says that the Chairman
can only be removed from office by the President acting on an address supported
by two-thirds majority of the Senate praying that he be removed for inability
to discharge the functions of the office (whether arising from infirmity of
mind or body or any other cause) or for misconduct. It is important to further
note that section 158 provides that INEC shall not be subject to the direction
or control of any other authority or person.
I believe the provision of the constitution is clear, that
Prof Jega can only be removed by President Jonathan only if he has the required
two-thirds majority of the Senate. But when did that ever stop anyone, you
must remember the case of Sanusi Lamido Sanusi and how he was removed.
Adedunmade Onibokun
@adedunmade/twitter
dunmadeo@yahoo.com