THE NEW PENSION ACT: HOPE FOR THE NIGERIAN EMPLOYEE 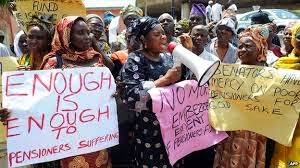 A pension is a fixed sum to be paid
regularly to a person, typically following retirement from service. There are
many different types of pensions, including defined benefit plans, contributory
schemes, defined contribution plans, as well as several others.
It is quite sad
that some people still associate pension with old age.  For the larger percentage of employees who
have been involved in the pension contributory scheme have a better idea of
what the scheme is all about and it is important for every employee in days of
active service to concentrate on their pension contributions from the first day
of employment, Those who have the archaic believe of pension been a scam or a
retirement talk should rather sit up and learn more about the contributory
scheme. The New Pension Act 2014 is an eye opener of the obvious benefits in
the contributory scheme.
The Pension Act 2014
On 1 July 2014,
President Goodluck Ebele Jonathan signed into law the “Act”, which repeals the Pension Reform Act 2004. The new Act serve
as the enabling legislation for the administration of the contributory pension
scheme. Act has some major amendments which everyone, employers and
employees should find quite exciting just as I do and benefit from the major
changes which were made in this new act to alleviate the sufferings of the
Nigerian Employee from the shackles of pension problems which the former Act
did not address. Some of the major changes are highlighted below:
Participation and contribution
The scope of
participation of the contributory pension scheme for employers in the private
sector has been decreased from minimum of five employees to three employees, which
enables wider participation for the informal private sector, this is a
wonderful development for employees in small scale employment, and they are not
left out of the contributory benefit to secure their future.
There is also an
increase in the rate of contributions, Under the Act, employers are to contribute
12% of the monthly emolument which was previously 7.5%, and the employees on
the other hand are to contribute 8% which was previously 7.5%. For an employer
that bears the total pension contributions of its employees they will be
expected to make 20% contribution. These contributions are applicable on
monthly emoluments only. It is important to note that the scope of the monthly
emolument has been given a wider definition than before i.e.  Monthly emoluments under the Act is defined as
the total emoluments as may be defined in the employees contract of employment
but shall not be less than a total of basic salary, housing allowance and
transport allowance.
Sanctions and punishments
The Act now
empowers the National pension commission to institute criminal proceedings
against employers for persistent refusal to remit pension contributions subject
to the fiat of the Attorney General of the Federation, which will be to the
delight of employees right now. Furthermore Pension operators who mismanage
pension funds are liable on conviction to not less than 10 years imprisonment and/or
fine of an amount equal to three-times the amount so misappropriated or
diverted now. As it is clear that the benefit of pension is on the high side,
some adamant employees still refuse to join this scheme, the pension act 2014
takes good care of these category of staffs by compelling an employer to open a
Temporary Retirement Savings Account (TRSA) on behalf of an employee that
failed to open an RSA within three (3) months of assumption of duty.
Recovery of Pension
The employees
who have been involved actively in the contributory pension scheme often
complain about recovery of pension after loss of job, the worry centers around
the stipulated waiting period after a job loss, the new act has now given us a
reason to smile as the act has reduced the waiting period for accessing
benefits in the event of loss of job by employees from six (6) months to four
(4) months. So in a sad case were you lose your job, you can quickly smile to
the bank to access your benefits after 4months.
Finally It is
clear that the new pension Act 2014 is quite advantageous to the employees as
some keys issues have been addressed such as
upward review of the penalties and sanctions, enhanced coverage of the contributory
pension scheme and informal sector participation, upward review of rate of
pension contribution, opening of temporary retirement savings account for
adamant employees and  access to benefits
in the event of loss of job .
Sogo Akinola
sogoakinola@gbc-law.com
08166205499
*Sogo Akinola Nathan
a young commercial lawyer at Gbenga Biobaku and co. He specialises in
Taxation,oil and gas law and intellectual property. He is a graduate of
obafemi awolowo university and the Nigerian law school lagos campus. He
is a member of the nigerian bar association and a member of the Young
International Arbitration Group and also an intending associate member
of the Chartered Institute of Taxation of Nigeria.*

The Class Action that finally buried Bankers’ Order debacle in Nigeria | Olumide Babalola
Impact Of Technology On Employment In Nigeria | Adeyemi O. Owoade, ESQ
“C(L)Og In The Wheel Of Justice” And Other Expressions Nigerian Lawyers Could Be Using Wrong| Kelech...