YOU HAVE RIGHT TO REMAIN SILENT IF POLICE ARREST YOU 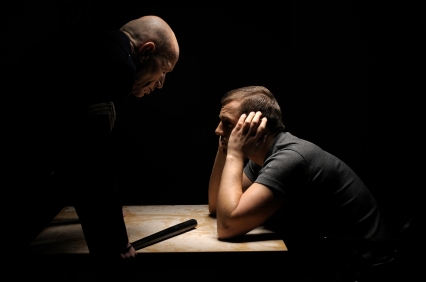 I have seen a number of
Hollywood movies where upon arrest by the police, the suspect is read his
rights. This means the suspect has been mirandized. This experience is however
different from  Nollywood movies, where
upon arrest, a suspect is told that he would be informed of the reason for his
arrest when he gets to the police station. If this is actually the reality in
Nigeria, then I must say the Nigerian police force is doing something wrong.
The doctrine of Miranda can
be traced to the case of  Miranda V. Arizona, 384 U.S. 436,86. S.Ct
1602 (1966). This case discussed the admissibility of statements obtained during. It states that a criminal suspect in police custody must be
informed of certain constitutional rights before being interrogated. For
instance, the suspect must have been advised of the right to remain silent, the
right to have an attorney present during questioning and the right to have an
attorney appointed if the suspect cannot afford one.
In the U.S and some other
legal jurisdictions, when the suspect is not advised of these rights or does
not waive them, any evidence obtained during the interrogation cannot be used
against the suspect at trial. Though, this is not the case in Nigeria, the
Miranda rule is not restricted to other legal jurisdictions as we have a
similar provision of law in Section 6 of
the Administration of Criminal Act 2015 provides that:
6(1)
Except when the suspect is in the actual course of the commission of an offence
or is pursued immediately after the commission of an offence or has escaped
from lawful custody, the police officer or other persons making the arrest
shall inform the suspect immediately of the reason for the arrest.
(2)
The police officer or the person making the arrest or the police officer in
charge of a police station shall inform the suspect of his rights to:
a.
remain silent or avoid answering any question until after consultation with a
legal practitioner or any other person of his own choice;
b.
consult a legal practitioner of his choice before making, endorsing or writing
any statement or answering any question put to him after arrest; and
c.
free legal representation by the Legal Aid Council of Nigeria where applicable;
provided the authority having custody of the suspect shall have the
responsibility of notifying the next of kin or relative of the suspect of the
arrest at no cost to the suspect.
In the past, we have heard
of police officers who abuse their powers, however, we must always demand a
high level of professionalism from the police and other security agencies.
Therefore, please share this blog and inform as many people as you can. Thank
you.
Adedunmade Onibokun, Esq.
@adedunmade
dunmadeo@yahoo.com

REFORMING THE NIGERIAN BAR by CHIDI ANSLM ODINKALU
Jamiu Akolade - Can the draft National Code of Corporate Governance be made applicable to all privat...
EFCC's Recent Actions Against Paul Usoro SAN - An Affront on the Bar | Kingsley Iheakaram