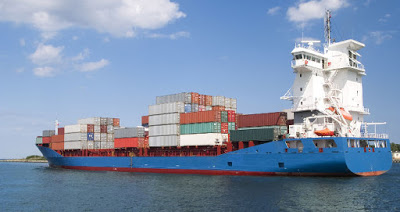 International trade dates back to centuries and has often been seen as a
driving force to economic, social and political stability. It significantly contributes
to the gross domestic product of nations. Bill of lading is a written evidence
of a contract for the carriage and delivery of goods sent by sea for certain
freight. Typically, a shipper delivers goods to a carrier while the carrier or
his agent issues a bill of lading. The Court in B.M.Ltd.v.WoermannLine defined a bill
of Lading as
“A
written document signed on behalf of the owner of the ship, in which goods are
embarked, acknowledging the receipt of the goods and undertaking to deliver
them at the end of the voyage, subject to such conditions as may be mentioned
in the bill of lading. The bill of lading is therefore a written contract
between those who are expressed to be parties to it”
Types of Bill of Lading

•Negotiable and
Straight Bill of Lading

A
bill of lading is negotiable when it is made out to the bearer and can be
passed hand to hand just like cash.

•Shipped and Received
for Shipment Bills
A
shipped bill of lading is one which states that the goods have actually been
shipped on board. The received for shipment bill of lading is usually issued
when the carrier receives goods into its custody prior to shipment.

This Article was produced by ‘Damilola Osinuga. LL.B, LL.M, ACIArb. A Legal
Practitioner and expert in the areas of Maritime, Insurance, International
Trade and Ship Brokerage.

Editor’s note: This article is written by Damilola Osinuga LL.B, LL.M, ACIArb and was originally posted on www.linkedin.com .

Continuing Legal Education: The Duty Of The Nba Or The Nigerian Law School? | Eseoghene Palmer
OUR PROBLEM WITH BUYING FUEL IN CANS
JURISPUDENCE: LAW IS PUNISHMENT