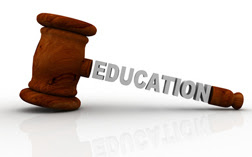 Christmas
came quite early for me as the Court of Appeal delivered a landmark judgment in
my appeal against Apple Inc. clarifying the difference between class actions
and representative actions. It was a journey of three years which began on the
5th day of September 2016 when I filed a class action against the
makers of iPhone (Apple Inc.) over their defective iPhone 6 which was universally
plagued with the touch-screen disease.
The
suit was certified as a class action by Hon. Justice D. T. Okuwobi after which
the certification order was advertised in national dailies and the originating
processes subsequently served on the American company at their office in California,
USA.
The Defendant was represented
by the first female maritime lawyer to take silk, Mrs. Funke Agbor, SAN of the
Firm of Adepetun Caxton Martins, Agbor & Segun who filed an objection to
the competence of my suit on the ground of non-fulfilment of condition
precedent under the now repealed Consumer Protection Council Act, LFN 2004.

My Lord, Okuwobi, J. agreed
with the learned silk, upheld her objection and consequently struck out the
suit. The court specifically held that:
“It is a fact that
every iPhone user has a separate contract of sale when the purchase was made. The
Claimant did not at any time negotiate as an agent of all iPhone users in
Nigeria when the phones were purchased. A contractual relationship is founded
on the basis of privity. There is no evidence of assignment of the contractual
rights of       other members of the class
or that an enforceable trust has been created in his favour. There are also no
statutory exception, it is therefore my considered view that the breach of
warranty sought in    this action is not
proper in a class action.” (Emphasis mine)

The
emphasized part of the above holding formed the plint of Ground 1 of my notice
of appeal. The appeal was heard in October and judgement delivered on the 6th
day of December, 2019 as follows:
On
the meaning of class action, My Lord, J.Y. Tukur, JCA who read
the leading judgement held at page 15 thus:
“As a first port of
call, it is very expedient to draw a distinction between class actions and
representative actions. According to Black’s Law Dictionary, Eighth Edition,
page 267, defines a class of actions as:
“A lawsuit in which the
court authorizes a single person or a small group of people to represent the
interests of a larger group, specifically a lawsuit in which the convenience
either of the public or of the interested parties requires that the case be
settled through litigation by or against only a part of the group of similarly
situated persons and in which a person whose interests are or may be affected
does not have an opportunity to protect his or her interests by appearing
personally or through a personally selected representative, or through a person
specially appointed to act as a trustee or guardian.”
On
the peculiarity of class action, the court held at
page 16 that:
“In a class action, the
class must be so large that individual suits would be impracticable. There must
be legal or factual questions common to the class. The claims or defences of
the representative parties must adequately protect the interests of the class.”
On
the distinction between class action and representative action,
the court held at page 17 that:
“(1)In my view, class
action is restricted to interpretation of written instruments, statutes,
administration of estates, property subject to trust, customary, family or
communal property, whereas a representative action on the other hand, may be
brought on any cause of action.
(2)A class action
requires appointment by the judge whereas a representative action does not
require leave of court.
(3)In a class action,
notice of appointment is required, whereas notice of representation is not
required in a representative action.
(4)Class members may
not be identifiable and ascertainable in a class of action, but interested
persons are ascertainable in a representative action.
(5)No doubt, I am aware
that in class actions, members are only to have interest whereas in
representative actions, members must have same interest. See: Order 13, Rule 12
and Order 13, Rule 13 of the High Court of Lagos State Civil Procedure Rules,
2012.”
Conclusively on the
issue, the court summed it up as follows:
There is no gainsaying the
fact that a judge is empowered to appoint one or more persons to represent a
person or class or members of the class in instances where a judge is satisfied
that a person, the class or some members of the class interested cannot be
ascertained, the person, the class or some members of the class interested,
cannot be found, the person, class and the members thereof cannot be
ascertained and be found…Thus, the lower court, in my view, went on a frolic of
its own in its position that there must be assignments of contracts of members
represented or that, an enforcement trust must be created in a class action. Accordingly,
issue 1 is resolved in favour of the Appellant and against the Respondent.”
Although, I lost the
appeal on the ground relating to non-fulfilment of condition precedent (which
ought to be tested at the Supreme Court) the silver-lining in this decision for
me, is the comprehensive consideration given to class action procedure which has
been repeatedly, in different fora, been confused with the representative
actions.
On the whole, I am
grateful to the learned Justices of the Court of Appeal for pronouncing extensively
on this procedural phenomenon which remains underutilized in our courts even
till this day.
Olumide
is
the Managing Partner of Olumide Babalola LP and he writes from Lagos, Nigeria.

Meet Chinyere Okorocha; Member Of Faculty At The Tech Law Training
Today In @ngrsenate Plenary
AMENDMENTS TO THE CABOTAGE ACT: IMPLICATIONS FOR THE NIGERIAN OIL AND GAS INDUSTRY