The Coronavirus Pandemic: A Separation of “The Human” From “The Natural” 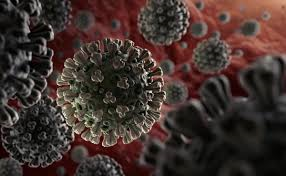 The Corona-Virus
Disease (COVID- 19), famous for its widespread, has killed tens of thousands of
people across the globe and has raisedan indispensable question in the minds of
many; whether the Chinese government can be held liable in Negligence, whether the
pandemic is an ‘act of God’. In the legal community, an act of God is a concept
that allows a party exemption from instances of strict liability and negligence.
This article is concerned primarily with the debate, whether the corona-virus
pandemic is an act of God or an act of man.

An event,
occurrence or accident that cannot be prevented by ordinary human foresight,
normally by an operation of natural forces free from human intervention, like
flood or earthquake is an ‘Act of God’. James LJ in Nugent V Smith[1]
described it as “any accident due to natural causes directly and exclusively
without human intervention and that could not have been prevented by any amount
of foresight and pains and care reasonably to have been expected”.The
determining factor for an act of God is that it “proceeds from the
forces of nature alone, to the entire exclusion of human agency.”[2]

The courts have
expanded this concept by including similar defences such as force
majeure and peril of the sea to the mix. The courts have also
expanded on the no-fault concept and used the term ‘inevitable accident’ to
describe certain accidents, whether or not caused by an act of God, where all
reasonable precautions had been taken and the accident occurred anyway. An
inevitable accident, unlike an act of God, can start with human action or
originate with a natural force.[3]

On December 31,
2019, the World Health Organisation(WHO) heard the first reports of a previously-unknown
virus behind a number of pneumonia cases in Wuhan, a city in Eastern China with
a population of over 11 million.[4]What
started as an epidemic mainly limited to China has now become a truly global
pandemic with cases globally surpassing 669,310 and deaths, at least 30,982
people.[5]
Not only is the virus a major concern from a public health perspective,
businesses are seeing disruptions which are only likely to increase in the
coming weeks and months.

It is apparent
that the disease originated from a Wuhan seafood market where wild animals,
including marmots, birds, rabbits, bats and snakes, are traded illegally.
Coronaviruses, constituting the subfamily
Orthocoronavirinae, are known to jump from animals to humans, so
it is thought that the first people infected with the disease, a group
primarily made up of stallholders from the seafood market, contracted it from
contact with animals.

The hunt for the
animal source of Covid-19 is still unknown, although there are some strong
contenders. A team of virologists at the Wuhan Institute for Virology released
a detailed paper showing that the new coronaviruses’ genetic makeup is 96%
identical to that of a coronavirus found in bats, while an as-yet unpublished
study argues that genetic sequences of coronavirus in pangolins are 99% similar
to the human virus. Some early cases of Covid-19, however, appear to have
inflicted people with no link to the Wuhan market at all, suggesting that the
initial route of human infection may pre-date the market cases. Although the Wuhan
market was shut down for inspection and cleaning on January 1, 2020, it appears
that Covid-19 had already spread beyond the market itself.

United States President
Donald Trump has repeatedly referred to it as the “Chinese virus”. Many of his
critics insist the term is racist. U.S. Sen. Kelly Loeffler, opines that the
crisis should not be politicized by assigning blame, but our focus should be on
pulling together in the common fight against a global disease that makes no
distinction between people and recognizes no borders. However, many still argue
that the virus is a failure of governance, not a blind force of nature
independent of human agency, caused in part by incompetent, malicious, and
corrupt politicians. To ignore the political dimension of the coronavirus
pandemic is an excellent way to ensure its recurrence, and that to prevent a
recurrence, we have to hold accountable the politicians responsible for its
global transmission and uncontrolled spread, with all its terrible consequences
to populations and economies around the world.[6]

As one of the
194 states party to the legally binding 2005 International Health
Regulations, China has a duty to rapidly gather information about and
contribute to a common understanding of what may constitute a public health
emergency with potential international implications. The legally binding
International Health Regulations were adopted by the World Health Assembly in
1969, to control six infectious diseases: cholera, plague, yellow fever, smallpox,
relapsing fever, and typhus. The 2005 revision added smallpox, poliomyelitis
due to wild-type poliovirus, SARS, and cases of human influenza caused by a new
subtype, set forth in the second annex.

Article 6 of the International Health Regulations requires states to provide expedited,
timely, accurate, and sufficiently detailed information to WHO about the
potential public health emergencies identified in the second annex in order to stir
efforts to prevent pandemics. States are required to provide timely and
transparent information as requested and to participate in collaborative
assessments of the risks presented. Yet China rejected repeated offers of
epidemic investigation assistance[7]
from WHO in late January, as well as the U.S. Centres for Disease Control
and Prevention in early February, without explanation.[8]This
answers the question whether reasonable care was taken by China to prevent the
horrific consequences the disease posed. China’s failure to expeditiously and
transparently share information with WHO in accordance with the International
Health Regulations[9]
constitutes an early and subsequently extended breach of its legal obligations.

An
epidemiological model at the University of Southampton found that had China
acted responsibly just one, two, or three weeks more quickly, the number
affected by the virus would have been cut by 66 percent, 86 percent, and 95
percent, respectively.[10]
By its failure to adhere to its legal commitments to the International Health
Regulations, the Chinese Communist Party has let loose a global contagion, with
mounting material consequences.[11]

Other than the
fact that the act of God defence is still not relied on very often, likely
because of the difficulty of proving that human elements played no role in causing
an injury, China’s initial lackadaisical attitude, malfeasance and breach of an
international obligation is certainly the cause of the cost of the coronavirus
disease. Thereby making it improbable that the defence will excuse the Chinese
government. Hence, China bears legal responsibility for its internationally
wrongful acts.[12]

Under Article
31 of the Articles of State Responsibility, states are required to make
full reparations for the injury caused by their internationally wrongful acts.
Injuries include damages, whether material or moral. Injured states are
entitled to full reparation “in the form of restitution in kind, compensation,
satisfaction and assurances and guarantees of non-repetition”.[13]
Restitution in kind means that the injured state is entitled to be placed in
the same position as existed before the wrongful acts were committed.[14]
To the extent that restitution is not made, injured states are entitled to
compensation[15], and
satisfaction, in terms of an apology and internal discipline and even criminal
prosecution of officials in China who committed malfeasance.[16]As
the world continues to suffer the costs of China’s breach of its legal duties,
it remains to be seen whether the injured states can be made whole.

Perhaps, China
did not intentionally create a global pandemic. However, the increasing
incidents of sickness and death as well as the economic cost of the pandemic
cannot be overlooked. The world has paid and is still paying for China’s
carelessness.

[12] Article 28 of the International Health Regulations.