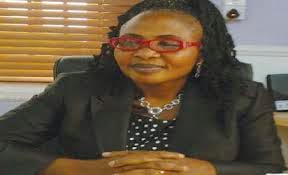 (Being
the Paper Delivered by Mrs. FunmiFalana at the Young Lawyers’ Forum, NBA (IKEJA
CHAPTER) Annual General Seminar on Thursday, November 13, 2014.
It is my pleasure to be
invited to discuss this topic as it has become amatter of great concern to some
of us in active legal practice. I will therefore want to start by looking at how
Nigerian women have fared in the legal profession. We will look at where we are
coming from, where we are today and of course, where we should be.
Gender discrimination is
commonly observed in various profession and has also remained the barrier that
prevent a large number of women from taking up prestigious and high ranking jobs
in the work force, and the legal profession is not an exception. Women are
marginalized in political appointments and various decision making department
of the society because of the customs and traditional practices which have
continued to put Nigerian women at disadvantaged positions and the belief that
women are generally not suitable for the high post.
In terms of those entering
the legal profession and those currently in the legal profession and women in
other professions, like teaching, nursing etc one may find the number encouraging.
There seems to be an increasing symmetry between the number of women in the
legal profession and the number of women in the society at large. But
considering the number of women in active legal practice the number is
considered unattractive as one goes higher up the career ladder, one discovers
the number decreases further!
For example, how many women
in practice are partners in law firms? How many women are Senior Advocates of
Nigeria? Perhaps one will say women have continued to run away from the active
practice of law because of the peculiar challenges women face in practice.
The
History of Women in the Practice of Law
Many times we hear people
say “There
are no women at the bar” This common slogan arouse from the age long
discrimination against women in legal practice. Uptill 1913, in Britain women
were incapable of being lawyers due to their sex as they were not regarded as
“person” under Solicitors Act 1843.
However, in 1913, the
advocates of women rights, filed a Case in Court Bebb v. the Law Society (1914) 1CH 286 seeking a declaration that Bebbwas
a “person” within the meaning of the Solicitors Act 1843 and the Amendment Acts
and therefore was entitled to be admitted to the law society. However, the
court dismissed the case and ruled that a woman was not eligible to practice as
a solicitor of the supreme court because that right was given under the statute
to a “person” and that word referred only to men! (Very Sad) 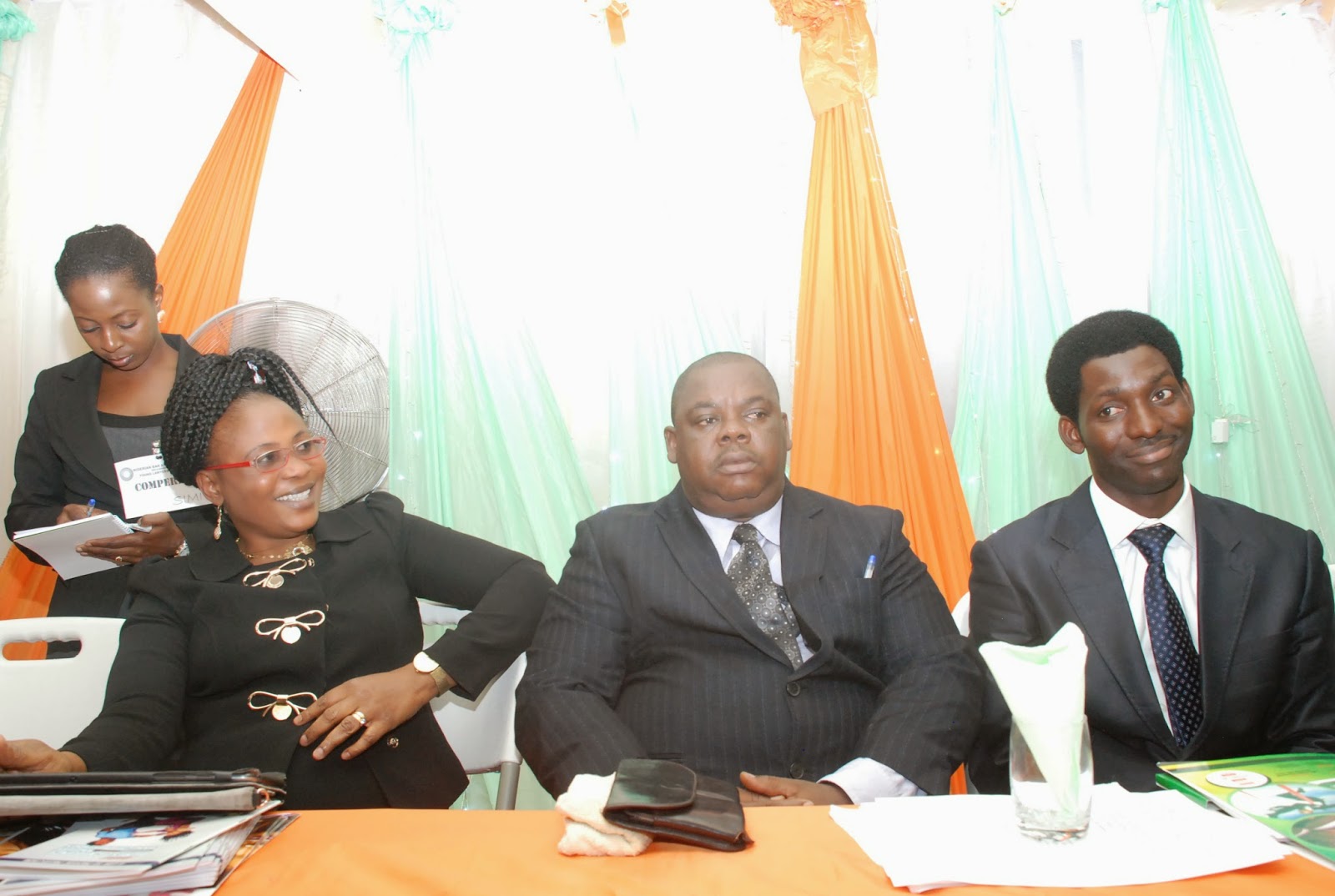 It was at the end of 1920s
which marked the beginning of the emancipation of women, that the judgment was
overturned by the Privy Council in Edwards v. A.G. of Canada (1930) AC
124 a landmark decision that heralded the entrance of women into the legal
profession.

In 1935 just about a decade and half after this remarkable judgment Nigeria
produced its first female lawyer! (Late Stella Jane Thomas).Nigeria also had Justice
ModupeOladunniEbo (Nee) Akingbehin, appointed as the first female High Court
Judge in Lagos State in 1969. Things however began to pick up in the 1980s with
the appointment of the first female Senior Advocate of Nigeria, Chief (Mrs.)
FolakeSolanke.
In 2009 Honourable Justice
Aloma Mariam Mukhtar (CJN) was appointed the first female justice into the
Supreme Court. Incidentally, Mrs. Aloma Mariam Mukhtar is also the first female
lawyer from the northern part of Nigeria. She further made history when she was
appointed the first Chief Justice of the Federal Republic of Nigeria. She truly
broke down all barriers and swept the door wide open for the likes of
Honourable Justice OlufunlolaOyeladeAdeleke, rtd, JSC;Honourable Justice Mary
Peter Odili JSC;Honourable Justice ClaraOgunbiyi, JSC and our own Honourable
Justice OlatokunboKekereEkun JSC who was appointed from the Lagos State
judiciary.
Moving to the appellate
court, women have also not done badly, the present President of the Court of
Appeal, HonourableZainabBukachukwu JCA was appointed recently. Others in line
are Honourable Justice AminaAugie who presides in Lagos division of the Court
of Appeal, Honourable Justice P.A Gaduje who presides inEkiti Division, Ado
Ekiti, Honourable Justice MorenikejiOgunwuniyi of the Benin Division,
Honourable Justice OyebisiOmoleye, Makurdi Division, HonourableModupeFasanmi,
Port Harcourt Division, Honourable Justice Dupe Komolafe-Wilson JCA. Etc.
Women, no doubt, are making
waves in the appellate courts. The recent elevation to the appellate court of
some female judges is indeed very commendable. Quiet a number of Chief Judges
of the States in the country are women, for example, Justice
OlufunmilayoAtilade of Lagos State, Justice BolajokoAdeniji(Oyo State), Justice
IdongesitIsua (AkwaIbom), Justice FatiAbubakar (Niger) Justice NnennaOtiti
(Abia) Justice OyebolaOjo (Osun) Justice TokunboOlapade (Ogun) and Justice Kate
Abiri (Bayelsa). Women are not doing badly at all on the bench!
This remarkable trend is
not reflected in private legal practice. The private practice is still
dominated by men. There is need to stem up the decline in female representation
in private legal practice in Nigeria. The women forum was inaugurated by the
NBA in 2006 to provide equal opportunity for the advancement of women in the
legal practice.
Gender diversity and gender
sensitivity must be consciously promoted by the Nigerian Bar Association in
positions and appointments to give women the needed encouragement especially in
private legal practice. Women should be allowed to play prominent roles in the
association.
Challenges
Facing Women in Legal Practice
Perhaps one of the reasons
for lack of many women in the private legal practice is undoubtedly the fact
that professional women still have the primary responsibility of both housekeeping
and child care. Despite the changing patterns of the work force it is still the
case that women routinely perform a higher proportion of household chores and
spend more time looking after children. The traditional role of a woman as a
child bearer, house keeper and a cook for the husband, children and larger
family puts her at a great disadvantage in taking her proper position at work
life.
The desire to strike a
balance therefore between working and family life is a big challenge. Sadly,
child rearing and housekeeping are just part of the many challenges confronting
women in practice. Practically speaking, most of the time, in times of appointment,women
are marginalized and discriminated against.Issues of state of origin and state
of marriage are often plots to marginalize and discriminate against women even
in the judiciary. Most of the time the women has the misfortune of being pushed
into the shadow of her husband and so she needs to work extra harder than her
male contemporaries to extricate herself from the shadow, the case of Justice
Jumbo Offor readily comes into memory here!
For you to get noticed as a
woman you need to work twice as hard as your male counterpart would need to do.But
unfortunately some women are lazy and unwilling to play by the rules of hard
work to get to the top especially in legal practice. Diligent, hard work,
integrity and determination are all very essential in the journey to the top!
The
wrong perception about women lawyers
People usually have a wrong
notion about women; they see them as not being strong enough and tender heart.
It is common knowledge that clients most of the time prefer male lawyers to
handle their cases including female clients for that matter. This does not
translate to mean that male lawyers are more brilliant, vocal and articulate
than their female colleagues but just on the premise of general perception. More
regrettable is the fact that some senior lawyers are often reluctant to recruit
female lawyers. They prefer male lawyers who may not even be as brilliant as
the female ones. It is a man’s world!
Strategies
to Success: Here below are some suggested strategies
that can assist you in your journey to the top in legal practice.

Seek
out increasing responsibilities, take up difficult challenges and risk,
participate in NBA / FIDA and be noticed.
Use
as a learning experience. Do not label every roadblock as one resulting from
gender discrimination.

While
being fast tracked is desirable, many of your colleagues or seniors may become
envious of your advancement, stand for promotion of the rule of law and justice
at all times.
Conclusion
These challenges
highlighted above are just few of the obstacles keeping women away from the top
in legal practice, however, women must be determined to break the glass ceiling
and take their proper places at the top.