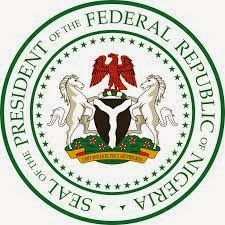 Constitutional Requirements For Aspiring To The Office Of The Nigerian President

This
article was first published on 17/10/2014;
however due to the Constitutional Amendment signed by President Buhari on the
#Nottoyoungtorunbill, it is necessary that we amend the post to reflect the
necessary reforms.
General elections in Nigeria are fast approaching, political
parties, candidates, party thugs agents, INEC and the whole country is
immensely interested in how events at the elections will play out.
This post seeks to educate on constitutional requirements for
contesting presidential elections in Nigeria,
The Constitution provides for the law regarding eligibility into
the position of the President and other electoral positions such as the
position of the Governor, Senators and members of the National and State
Assemblies. Section 130 of the 1999 Constitution says that “there shall be for
the Federation, a President” and such “President shall be the Head of State,
the Chief Executive of the Federation and Commander- In –Chief of the Armed
Forces of the Federation”.
Qualification to the position of the President is provided for in
Section 131, which states that – A person shall be qualified for election to
the office of President if –
However, on May, 31, 2018; via what has now been popularly recognized as
the #NotToYoungToRunBill, President Buhari, On the say, Section 131 (b) and (c) was amended by substituting the
provisions with new provisions as follows: A person shall be qualified for
election to the office of the President if –
(b) he
has attained the age of thirty-five years; 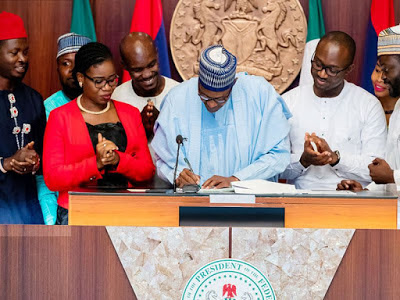 It is the duty of INEC to appoint a date for election into the
office of the President and the elections must hold on a date not earlier than
sixty days and not later than thirty days before the expiration of the term of
office of the last holder of that office as provided in Section 132.
A candidate for an election to the office of President shall be
deemed to have been duly elected to such office where, being the only candidate
nominated for the election –
Section 136 provides that if the person elected as President dies
before taking the Oath of Allegiance and oath of office, or is for any reason
is unable to be sworn in, the person elected as his Vice-President shall be
sworn in as President. However, when both die before the inauguration of the
National Assembly, INEC will have to conduct fresh elections.
As stated in the Constitution, the following people are
disqualified from seeking elections into the office of the President-
The position of the President is a very sensitive one as such
person is the leader of the nation, he determines a lot about policy
development and execution and as such must be a person with a heart to serve
and the drive to move the nation forward. Everyone who is eligible to vote in
the coming election is urged to vote wisely and not sell their votes.
Adedunmade Onibokun, Esq
@adedunmade
dunmadeo@yahoo.com
Adedunmade is a lawyer who practices in Lagos, Nigeria.