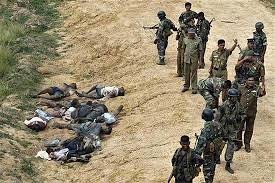 WAR CRIMES AND CRIMES AGAINST HUMANITY

“War crime” and “crimes against humanity” ever heard that before?
Sounds like a phrase out of the Black Diamond movie with Di’caprio
or something that pops up when you talk about people like Charles Taylor and
Saddam Hussein. Don’t laugh anyway, because War Crimes are very serious
allegations as they usually have to do with killing and dishing out inhuman
treatment to others. Why do you think the world had to set up a court to try
war crimes, trust me, it’s a big deal.

That’s why on
17 July 1998, a conference of 160 States established the first treaty-based
permanent international criminal court. The treaty adopted during that
conference is known as the Rome Statute
of the International Criminal Court. Among other things, it sets
out the crimes falling within the jurisdiction of the ICC, the rules of procedure
and the mechanisms for States to cooperate with the ICC. The countries which
have accepted these rules are known as States Parties and are represented in
the Assembly of States Parties.

The Assembly of States Parties, which meets
at least once a year, sets the general policies for the administration of the
Court and reviews its activities. During those meetings, the States Parties
review the activities of the working groups established by the States and any
other issues relevant to the ICC, discuss new projects and adopt the ICC’s
annual budget.

According to the International
Criminal Court (ICC) , war crimes  include grave breaches of the Geneva
Conventions and other serious violations of the laws and customs applicable in
international armed conflict and in conflicts “not of an international
character” listed in the Rome Statute, when they are committed as part of
a plan or policy or on a large scale. These prohibited acts include: 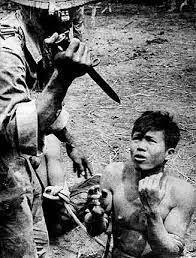 On the other hand, “Crimes against humanity”
include any of the following acts committed as part of a widespread or
systematic attack directed against any civilian population, with knowledge of
the attack:

Examples include the Novi
Sad massacre, where 4,211 civilians (2,842 Serbs, 1,250 Jews, 64 Roma, 31
Rusyns, 13 Russians and 11 ethnic Hungarians) rounded up and killed by
Hungarian troops in reprisal for resistance activities. The Mahmudiyah killings during the Iraq war involving
the rape and murder of a 14-year-old girl and the murder of her family by U.S.
troops.
In Uganda, the case of  The
Prosecutor v. Joseph Kony, Vincent Otti, Okot Odhiambo and Dominic Ongwen
is currently being heard before Pre-Trial Chamber II. In this case, five
warrants of arrest have been issued against [the] five top members of the Lords
Resistance Army (LRA).  Following the
confirmation of the death of Mr Lukwiya, the proceedings against him have been
terminated. The four remaining suspects are still at large.
So can Shekarau (Boko
Haram Oga at the Top), be prosecuted at the ICC? Yes, he can because looking
at the above list by the ICC, I think the Boko Haram sect have done it all. They
have murdered civilians, destroyed schools and churches, taking hostages and
pillaging just to mention a few of their crimes. Not to exclude, their savage
attacks on military and police personnel.
Heads of Governments can also be prosecuted at the
ICC, remember former Liberian President, Charles Taylor, who was found guilty of 11 counts of war crimes, crimes
against humanity, and other serious violations of international law and
sentenced to 50 years in prison.
Currently, the
Office of the Prosecutor is currently conducting investigations on crimes
allegedly committed in eight states: Sudan (for the situation in Darfur), the
Democratic Republic of the Congo, Uganda, the Central African Republic, Kenya,
Libya, Côte d’Ivoire and Mali.
In addition,
the Office of the Prosecutor is currently conducting preliminary analysis in
eight situations: Afghanistan, Colombia, the Republic of Korea, Georgia,
Guinea, Honduras, Nigeria and Palestine.
P:s – If you
have ever participated in any activity that can be classified as a crime
against humanity, please include your full name and other contact details so we
can tell the police to come get you. Thanks
Adedunmade
Onibokun
@adedunmade

The International Criminal Court (ICC), governed by the Rome Statute, is the first permanent, treaty based, international criminal court established to help end impunity for the perpetrators of the most serious crimes of concern to the international community.

The ICC is an independent international organisation, and is not part of the United Nations system. Its seat is at The Hague in the Netherlands. Although the Court’s expenses are funded primarily by States Parties, it also receives voluntary contributions from governments, international organisations, individuals, corporations and other entities.The international community has long aspired to the creation of a permanent international court, and, in the 20th century, it reached consensus on definitions of genocide, crimes against humanity and war crimes. The Nuremberg and Tokyo trials addressed war crimes, crimes against peace, and crimes against humanity committed during the Second World War.
In the 1990s after the end of the Cold War, tribunals like the International Criminal Tribunal for the former Yugoslavia and for Rwanda were the result of consensus that impunity is unacceptable. However, because they were established to try crimes committed only within a specific time-frame and during a specific conflict, there was general agreement that an independent, permanent criminal court was needed.
On 17 July 1998, the international community reached an historic milestone when 120 States adopted the Rome Statute, the legal basis for establishing the permanent International Criminal Court. 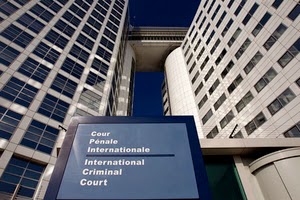 As of July 2013, the ICC had 122 states parties, opened investigations in eight countries, and issued two verdicts (Lubanga case and Ngudjolo case). Over the last decade as the court has gotten up-and-running, it has made significant headway in putting international justice on the map, giving rise to increased expectations wherever the world’s worst crimes occur.
This was poignantly demonstrated by the signs held by Syrian anti-government protesters that read “Assad to The Hague,” a reference to abuses of the country’s president. But while the ICC is now the primary address for international criminal accountability, its daunting mandate and world-wide reach have made the flaws in its workings more visible.
The governments on which the ICC depends to carry out its mandate have been inconsistent in their support, particularly when it comes to arrests. In June 2012, Fatou Bensouda was sworn in as the court’s new head prosecutor. Arrest warrants are pending for suspects in the Libya, Sudan, Uganda, Cote d’Ivoire, and Congo investigations. The court and its member countries face major challenges in meeting expanded expectations for the court in its second decade.