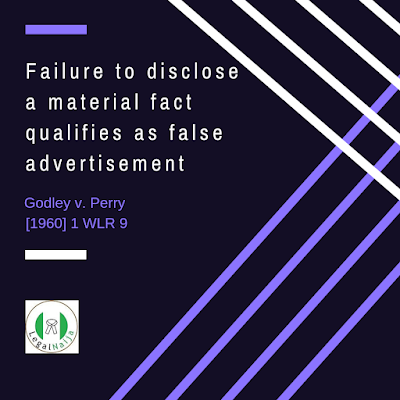 False advertisement[ii]
is any advertising or promotion that misrepresents the nature, characteristics,
qualities or geographic origin of goods, services or commercial
activities.  An advert that is false
contains false statement of fact about the advertiser’s product or another
person’s goods, services, or commercial activity. Such advert deceives and has
the potential to deceive a substantial portion of its targeted audience. The
deception in the advert is also likely to influence the purchasing decisions of
its audience. False adverts contain statements that either results in or is
likely to result in injury to the consumer.

The most heavily weighed factor is the
advertisement’s potential to injure a customer.[iii] The
European Economic Community Draft Directive (ECC) Article 2 defines ‘misleading
advertising’ as any advertising which is entirely or partially false or which,
having regard to its total effect including its presentation , misleads  or is likely to  misleads persons reached, unless it could not
be reasonably foreseen that these persons would be reached thereby’ The ECC
Draft Directives are replicated in the Nigerian Food Products (Advertisement)
Regulations[iv]
whereas the regulation does not expressly define false or misleading
advertisements most of its regulations prohibit misleading adverts. Regulation
4 explains the nature of advertisements and exempts misleading adverts from its
scope. Regulation 12 prohibits vague and misleading statements or half-truths,
Regulation 13 and 14 disallows the use of false data in comparative
advertisements, Regulation 15 prohibits the use of false names that are
suggestive of nutritional properties. These regulations form the bulk of
consumer protection from false and misleading adverts in Nigeria.
Whilst it is generally regarded as
self-evident that the consumer can be deceived, misled or tempted by
promotional methods into agreements he would not otherwise have made.[v]
This is equally true whether the promotion is in the form of general
advertisements, ‘sales patter’ or the labeling and packaging of goods
themselves. It is an ethical problem which the courts have recognised in Valentine v. Chrestensen[vi]  and Virginia
Pharmacy[vii]
wherein it stated that consumers have a strong interest in the free flow of
lawful and accurate commercial information (advertisements) and so ought to be
protected from advertisements that can mislead consumers and injure
competitors. In the financial sector the consumer is susceptible to the notion
that it is comparatively easy to acquire goods and services on credit terms or
to negotiate a loan, a notion that is frequently given by extensive advertising
and persuasive salesmen. Secondly, the individual is less likely to be informed
as to the true cost of the credit to him or even the most suitable form of
credit provision for his particular requirements. Finally he might be
pressurised by the canvassing salesmen into entering into transactions which sober
reflections or subsequent events might lead him to regret making. The Consumer
Credit Act[viii]
tightened the reins on the restrictions imposed by the Money Lenders Act which
regulated the advertisements by Money Lenders. Such advertisements were to
contain only basic information, personal solicitations were not allowed. The
recent Ponzi schemes scam made use of door-door advertisements offering huge
financial returns whilst unsuspecting and vulnerable consumers were lured in to
the scheme. While it might be difficult to ascertain financial decisions made
as a result of advertising and pressure, there is a need for the law to concern
itself with these difficulties and protect vulnerable consumers. The problem of
misleading advertisements gets worse by the day though it is illegal in its
most blatant forms, deceptive advertising can occur in subtle ways that are
difficult to establish as outright deception. The courts in Concentrated Foods Ltd. V. Champ[ix]  stated that the test for misleading adverts
lies in the understanding of the ordinary man. It follows therefore that if an
ordinary consumer is likely to be misled then such advertisements are false.
Consumer deception as a result of misleading advertisements and strategies to
counteract it are important issues in today’s marketplace.[x] The court
noted the foregoing in Central Hudson Gas
and Electricity Corp. v. Public Service Commission[xi]
when it stated that advertisements must not be misleading or concern unlawful
activities.
Surrogate advertisement is one of those
less researched areas. Here a company advertises a non-existent product which
is likely to create a need associated with the brand name, the consumer
memorises this, evaluates and eventually goes on to make purchases based on
brand. In the case of United Breweries
Ltd v. Mumbai Grabak Panchayat[xii]
the court held that the defendant United Breweries advertised an alcoholic
drink as if it were soda(soft drink), the court found that the acts of United
Breweries constituted surrogate advert. It further held that the actions of the
defendant (surrogate liquor advertisement) was aimed at misleading and
encouraging the younger generation to consume alcohol. It follows that
consumers associated the brand name with soda but upon purchase it turned out
to be alcohol which most of the young consumers purchased. The Nigerian Food
Products (Advertisement) Regulations[xiii]
prohibits surrogate liquor advertisements; it prohibits expressly the ambiguous
inference to the tonic properties of a product whereas such product contains
alcohol or caffeine.

The Sale of Goods Act is also aimed at
protecting consumers from false advertisement.[xiv] Where
goods are sold by sample or description the law stipulates that the bulk of the
goods should fit such description or sample. However, this is not always the
case in some contracts for sale of goods where the sample or description, is
relayed to the consumer over the internet, the Act provides the consumer
redress where the manufacturer is in breach. The Act does not envisage
e-commerce as such it accounts for the lack of redress by the consumer
especially because such contracts involve cross-border issues. In the light of
this Ukpong states that the Act does not conform to the provisions of the
United Commercial Code leaving consumer almost without a remedy.[xv]

In Godley
v. Perry[xvi]
the courts stated that failure to disclose a material fact qualifies as
false advertisement. Going by this premise, advertisements by telecommunication
firms advertising caller tunes withholding the material fact that such
subscription will be automatically renewed at the end of the month except the
consumer opts out amounts to false advertising. The impact of this on consumers
who are oblivious to such re-occurring surcharges can be best imagined. Asides
paying for a service they may no longer need they might still lack the basic
information to opt out of such service, these telecoms firms gain at the
expense of vulnerable uninformed consumers who cannot make rational choices.
Determining what constitutes insufficient disclosure American Home Products Corp v. Johnson and Johnson. Johnson whilst advertising its product left out a few side
effects of its own. The court held Johnson to be in breach of the Lanham Act
because of the potential health risks it posed to consumers and the fact that
it did not fully disclose the side effects of its products to the general
public. In Broomfield v. Craft Brew
Alliance, Inc.[xvii]
Kona Beers were being advertised in a
manner to suggest that the beers were produced in Hawaii when in fact they were
produced in Oregon. The Kona brands bore names and images that evoked a sense
of Hawaii origin. The beer’s outer packaging showed the map of Hawaii and the
location of the Kona brewery, and encouraged consumers to visit their brewery
and pubs whenever they were in Hawaii. In delivering its decision against
Broomfield, the court said that the disclaimer on the bottle was not visible
enough to a consumer as such it constituted false advertising. On the shelves
of various stores abound goods that mislead the consumer as to its origin. The
vulnerable Nigerian consumer is largely unaware of the criminalisation of adverts
such as this and so he may be unaware of the fact that he can approach the
Consumer Protection Council to address the issues. 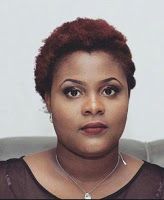