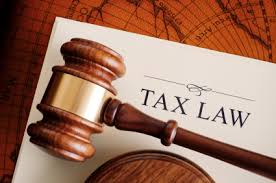 ABSTRACT
In
the second half of the twentieth century, the emergence of scores of new states
has made international politics and economics truly global for the first time
in history. At the same time, technology has made it possible for nearly every
country to participate in events in every part of the world as they occur.
Unfortunately, the explosion has not been accompanied by similar increase in
knowledge. The continents interact but they do not learn from each other.

The
uniformity in technology, access to information, is accompanied by an implicit
assumption that nations, both developed and developing world learn from each
other, to fast-track growth and boost the economy.

Countries
differ in their economic success because of their different institutions, the
rules influencing how the economy writes, and the incentives that motivates
people.
Inclusive
economic institutions, such as those in South Korea or in the United States,
allow and encourage participation by the great mass of people in economic
activities that make best use of their talents and skills and that enable
individuals make the choices they wish. To be inclusive, economic institution
must feature secure pirate property an unbiased system of law, and a provision
of public services that provides a level playing field in which people can
exchange and contract; it also permits the entry of new business and allow
people to choose their careers.

No
country no matter how ingenious can thrive on a mono-economy and avoid economic
volatility. There must exist a paradigm shift from a mono-economy to
diversification of the economy. This will culminate into economic growth
thereby creating employment, infrastructural development, increase in standard
of living, improved GDP and composite IGRs, and solve myriads of problems on
the economic front. Taxation as a socio-economic tool could be used to achieve
these aims via tax holidays, tax incentives, law tax tariffs, widening the tax
base to include informal sectors thereby making these nations attractive to
investors.
Keywords: Economic  Growth, Taxation,
FDIs, IGRs, 3rd  world nations, Tax holiday,
Tax Haven.
INTRODUCTION
Taxation
has become a muse for government of developed and developing nations. As a
socio- economic tool, it can be used to drive the economy forward. The shift
from a developing nation to a developed nation might require rigorous
government policies to transform the economy.

Among
the lessons to learn from developed nations is, „how they make their economy
work‟ and sustain
it. This Lee Kuan Yew, who arguably is the founding father of Singapore,
utilized in moving Singapore from a 3rd word nation to a first word nation.

Nations
of the world must interact and take cue on administration, investment from each
other. Though circumstances may differ, but will surely put us on the right
pedestal. If I have learnt to see clearer, it is by standing on the shoulder of
giants.

The
burgeoning problems facing third world nations necessitate a restructuring in
the way the economy is being administered.
THE HIATUS AND FAILED
STATUS QUO: MOVING IN CIRCLE
The
aphorism that one cannot repeatedly to a thing in a particular way and expect a
different result remains tenable, even today.

In
developing nations, more attention is paid to taxation of formal sectors, thereby
neglecting the informal sectors. While this has helped sustained the economy in
the revenue generation, and meeting the needs of the society. It does not
acutely represent the proper economic status of these nations. The informal
sector, which makes profits though depleted by the vicissitude of life, is a
booming sector that should be taxed and developed.

One
major factor that has bedevilled the potential of these nations is their
„consumption culture‟. They are nations who only import and never export.
There is over dependence on one major source of revenue. This has long stifled
the growth of these nations.

There
is also the quick-fix elixir to seek for FDIs, loans and aids from developed
nations to finance the already failed institution still operative in these
countries.
These
archaic solutions will only bolster us to keep moving in circles.
PARADIGM SHIFT IN
APPROACH: MOVING FROM 3RD TO 1ST
The
desirability of developing nations becoming first world nation does not augur
well with the quick-fix panacea been adopted by the government of these nations
for decades. The stratagem has been utilised well to sustain them at their
complacent state. The solution lies above this medium.

It
is noteworthy to point out that, taxation and investment are like Siamese
twins. The relationship between tax and investment transcends this present
treaty, but the focus here is to see how tax can bolster the economy of a state
above the status quo been earlier adopted.

As
espoused by Professor A. D. Lawton, tax could be used to foster production and
investment as a contemporaneous pursuit of subsidiary aims by the government.

One
of the problems facing these nations is that they run a mono-economy. For
example, Nigeria only depends on oil and the shake in the international market
has affected its economy thereby culminating into recession. To increase the
revenue base of these nations might be herculean but it is achievable. Of
course, their budget being passed yearly cannot transform their economy. The
suggested solution would be that governments of these nations would meet with
investors to invest in their ailing sectors- health, education, industry,
agriculture, infrastructure, entertainment, power, technology, roads, rail
transport, tourism, sports. This will not only boost the economy, but
will also increase the standard of living, create jobs, increase IGRs, and
boost the GDP. However, to attract the investors, tax holiday must also been
given to them, and repatriation of funds back to their home country. These
nations will then become tax havens for individuals willing to migrate, and tax
holidays given to investors willing to incorporate their companies there.

On
investment by foreign investors, partnership with firms and corporations in
other climes making them have subsidiaries in these nations could boost the
economy. Here, these firms/corporations  would  then  have  subsidiaries  to  create  a  venue  for  development,
employment, etc. Subsequent upon this, they will enjoy tax holidays in turn.
This investment would then help revive sectors which have been left to age, and
non-operative.

Another
area of focus is the taxation of informal sectors.The broader spectrum of
business being run in these nations is under the informal sector. This probably
explains why attention has not been given to them. Taxing these sectors will
help revivify the IGRs of components states. This is achievable by ensuring
that these businesses are registered by the government, thereby increase the
tax-net to cover them.

It
is evident that the yearly budget in developing nations cannot help boost,
revive, and maintain their redundant sectors. Investments in tourism,
agriculture, infrastructure, sports, technology, education, could help
transmogrify these nations to a 1st world nation and solve myriads of problems
on the economic front.

In
its drive to attract investments and position the state economy on sound
footing, one of the states in Nigeria- Lagos established an Office of Overseas
Affairs and investment (LAGOS GLOBAL). The office is tasked with the
responsibility of creating an enabling environment for global competitiveness and
promoting inward and outward foreign direct investments in the state.

Also,
to make the Lagos economy a self-sustaining one, the tax net was widened to
include more groups and individuals. This was done by the overhauling of the
informal sector.

In
achieving these aims and goals, there must be a synergy between the governments
of these countries, to ensure its smooth passage. For this to be achieved, the
legislature, executive, accountants, and technocrats must collaborate together.
CONCLUSION
In
peroration, synergy and partnership between developed and developing nations,
foreign and local firms, foreign and local investors should be encouraged as a
sure path to progress, and economy boom.

Diversification
of the economy as opposed to a mono-economy being run by 3rd world nations is
the sure path to progress. And, technology which has virtually transformed most
first world nations must be invested in. Education will surely help maintain,
and transform any society, and its neglect will definitely spell doom for any
nation.

No
nation of this world can ever survive on its own; no man can. 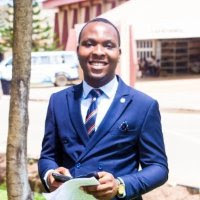