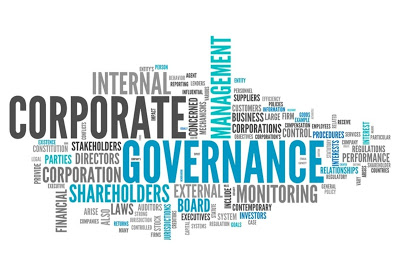 Corporate
Governance is not just about how a company is directed and controlled to
maximize performance and ensure accountability to stakeholders. Better
governance practices and processes have become imperatives for both national
and global economies. A company that is run very efficiently and responsibly
will perform very well and ultimately contribute to strengthening the economy.
Public,
private and non-profit organisations all need to be governed – apart from
day-to-day management of the entities by their executive teams. Corporate
governance is the responsibility of the governing body, or board of directors
in the case of companies.

The
first corporate governance codes were introduced in December 1992 in response
to corporate failures in the United Kingdom. A report, known as the Financial
Aspects of Corporate Governance, was produced by a committee headed by Sir
Adrian Cadbury. Now referred to as the Cadbury Report, the report significantly
influenced corporate governance thinking around the world. Other countries
followed suit, France (Vienot Report, 1995); South Africa (King Report, 1994);
Canada (Toronto Stock Exchange recommendations on Canadian board practices,
1995); The Netherlands Report (1995); and Hong Kong (a report on corporate
governance from the Hong Kong Society of Accountants, 1996). These reports
tried to forestall the abuse of power by corporate entities.

But
at the turn of the 21st century, the world began to experience some corporate
challenges, which led to the review of corporate governance practices. One of
the widely-recognised outcomes of these efforts was the United States’
Sarbanes-Oxley Act of 2002, also known colloquially as SOX. The Act requires
certification of internal auditing, increased financial disclosure, and it also
imposes criminal penalties on directors for non-compliance. SOX is considered
one of the most influential pieces of corporate legislation in the world. It
was built on the idea that corporate governance should not be left to the
discretion of directors of companies and their chief executives.

Nigeria
also has its fair share of corporate governance history. Before the 1990s, the
principal company law in Nigeria was the Companies Act 1968, which was modelled
after the Companies Act 1948 of the United Kingdom. The law was repealed and
replaced by the then Companies and Allied Matters Decree No. 1 of 1990. There
were several modifications over the years but the principal statute regulating
companies in Nigeria today is the Companies and Allied Matters Act Cap. C20,
2004. The current statute was the product of a rigorous process led by the
Nigerian Law Reform Commission.

The
first corporate governance code in Nigeria was the Code of Corporate Governance
for Banks and Other Financial Institutions in Nigeria. It was issued by the
Bankers Committee in August 2003. The regulation was introduced in response to
the financial crisis of the 1990s. The 11 principles of the regulation focus on
appointments, board proceedings, board responsibilities, assessment and audit
committees. Unfortunately, this code did not have much impact.

Analysts
have attributed the lack of impact to the issuance of another legislation by
the Securities and Exchange Commission (SEC) two months after the Bankers
Committee had issued its corporate governance code. In October 2003, SEC’s
17-member committee, headed by Atedo Peterside, issued the Code of Best
Practices on Corporate Governance in Nigeria. The SEC code emphasised the role
of the board of directors and management; shareholder rights and privileges;
and the audit committee. Not only was the code influential, it was also the
first to be issued by any regulator in the country.

Although
the SEC code presented some sweeping reforms, it was soon found to be
inadequate in addressing new challenges. Therefore, in 2006, the Central Bank
of Nigeria (CBN) issued its Code of Corporate Governance for Banks in Nigeria
Post Consolidation. This code was introduced to ensure accountability on the
part of bank CEOs. It specifies fines and penalties, including jail terms for
erring CEOs. It prescribes risk management measures within the organisation,
particularly emphasising the role and qualification of a company’s internal
auditor.

The
National Pension Commission (PENCOM) issued its own code in 2008, known as the
2008 PENCOM Code. Subsequently, the National Insurance Commission (NAICOM)
issued its Code of Corporate Governance for the Insurance Industry in 2009.
These three industry-specific codes were meant to address the issues that were
not addressed in the SEC legislation.

However,
in 2011, SEC released the Code of Corporate Governance for Public Companies in
Nigeria, which effectively replaced its 2003 legislation. This latest law was
adjudged at the time as the most comprehensive corporate governance code in
Nigeria. The code is anchored on five main principles, which include:
leadership, effectiveness, accountability, remuneration and relations with
shareholders.

A
new study jointly published by the Association of Chartered Certified
Accountants (ACCA) and KPMG places Nigeria among the top five countries in
Africa for compliance with the Organisation for Economic Co-operation and
Development (OECD) Principles of Corporate Governance. The report examines the
corporate governance requirements for listed companies in 15 African countries
against the four tenets of corporate governance as underpinned by the OECD
Principles. The countries were ranked based on the principles, which include
leadership and culture; strategy and performance; compliance and oversight; and
stakeholder engagement. Nigeria came behind South Africa, Kenya and Mauritius –
but ahead of Uganda in the top five bracket.

The
establishment of the Financial Reporting Council of Nigeria (FRCN), through the
Financial Reporting Council Act 2011, was widely praised. The Directorate of
Corporate Governance of the FRCN has the responsibility to develop principles
and practices of corporate governance. The directorate can act as the
coordinating body responsible for all matters pertaining to corporate
governance in Nigeria. Unfortunately, the council’s attempt to overhaul the
country’s corporate governance framework to encourage more disclosure and
better governance practices was scuttled last year.

One
issue bedevilling Nigeria’s corporate governance landscape is the multiplicity
of overlapping legislations. The council tried to address this issue and unify
the sectoral corporate governance codes with the National Code of Corporate
Governance 2016 (NCCG), released in October 2016. The NCCG – which provides
corporate governance legislation for private and public sectors as well as
not-for-profit organizations – was suspended by the federal government in
November following stiff opposition from various stakeholders. In suspending
the code, the Minister of Industry, Trade and Investment, Okechukwu Enelamah,
also issued a query to the FRCN for overreaching itself and to essentially explain
the rationale for the legislation.
While
the political leverage of religious organisations was apparent in the
suspension of FRCN code, it is important to state that the corporate governance
of charitable organisations, especially religious bodies, needs urgent
attention. At the very least, if implemented, the code would foster
transparency in the management of these organisations that are becoming
behemoths in the country. Effective and frequently updated corporate governance
codes are required for a developing country like Nigeria to overcome its
development challenges.

Data
indicates that Nigeria has lost 75 banks since the advent of banking since
1914. There is evidence suggesting that these bank failures were largely due to
weaknesses in corporate governance. A CBN and Nigeria Deposit Insurance
Corporation (NDIC) study of distress in the Nigerian financial services sector
(October 1995) provides the following data, showing the factors that cause
distresses in the banking industry: Economic depression (25%); political crises
(17.9%); bad credit policy (25%); undue interference by board members
(corporate governance) (32.1%).

In
a report presented to the Global Corporate Governance Forum in 2003, Stijn
Claessens, Professor of International Finance at the University of Amsterdam,
identified several channels through which corporate governance affects the
growth and development of a nation. According to him, “The ﬁrst is the
increased access to external ﬁnancing by ﬁrms. This in turn can lead to larger investment,
higher growth, and greater employment creation. The second channel is a
lowering of the cost of capital and associated higher ﬁrm valuation. This makes
more investments attractive to investors, also leading to growth and more
employment. The third channel is better operational performance through better
allocation of resources and better management. This creates wealth more
generally.

“Fourth,
good corporate governance can be associated with a reduced risk of ﬁnancial
crises. This is particularly important, as ﬁnancial crises can have large
economic and social costs. Fifth, good corporate governance can mean generally
better relationships with all stakeholders. This helps improve social and
labour relationships and aspects such as environmental protection. All these
channels matter for growth, employment, poverty, and well-being more generally.
Empirical evidence using various techniques has documented these relationships
at the level of the country, the sector, and the individual ﬁrm and from the investor
perspectives.”

Despite
the flaws of the NCCG, the unintended consequence of its suspension is the
potentially negative impact on investment in the country. The effect of
corporate governance on the overall development of an economy cannot be overemphasised.
In his foreword to the Claessens’ report, Sir Adrian Cadbury said of the
significance of corporate governance for the stability and equity of society:
“The aim is to align as nearly as possible the interests of individuals, of
corporations, and of society. The incentive to corporations and to those who
own and manage them to adopt internationally accepted governance standards is
that these standards will assist them to achieve their aims and to attract
investment. The incentive for their adoption by states is that these standards
will strengthen their economies and encourage business probity.”

It
is for the sake of bolstering investor confidence and attracting foreign
investments in Africa’s largest economy that the International Finance
Corporation (IFC) and SEC jointly developed and launched a Corporate Governance
Scorecard for publicly-listed companies in the country.

Efforts
should be made to quickly resolve the issues with the FRCN harmonised corporate
governance code for Nigeria. Moreover, the council should be provided the
independence it needs to function effectively and promote higher standards of
corporate governance and reporting in the public, private and non-profit
sectors. 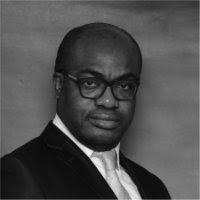 This
article was first published here