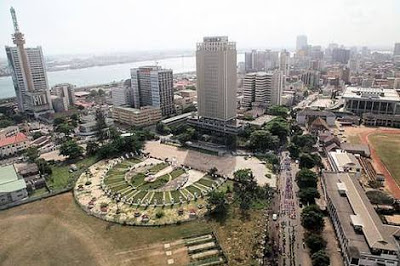 Though not restricted to
the commercial city of Nigeria, Land grabbing has always been a big issue in Lagos
state. Property investors were not protected under the law and were being taking
advantage of by the popularly called “Omo Onile”, meaning in loose terms “Children
of the land” and their sponsors, or privileged individuals who used force,
threats and sometimes violence to unscrupulously take possession of land or
property belonging to other persons. It is common to see or hear of a crowd of
young men gather at the sites of undergoing private construction demanding for
unaccountable levies and fines.

To say, these unlawful actions
have plagued the real estate industry in Lagos and other parts of Nigeria, is
to put it mildly. Sometimes, law enforcement agencies are also powerless to aid
or act in certain situations. The property divisions of the law courts are
filled with claims bothering on forceful and unlawful possession of land or
property and have been in court for quite some time.
Lagosians can however smile
and be relieved, as Governor Ambode on the 15th of August, 2016,
signed into law, the LAW PROHIBITING FORCEFUL ENTRY AND ILLEGAL OCCUPATION OF
LANDED PROPERTIES IN THE LAGOS STATE. This new Law protects the proprietary
rights of Land and Property owners in Lagos State and also criminalizes actions
of forceful and unlawful entry or occupation of premises.
The law states in Section
2(1), that –
“ As from the commencement
of the law, no one shall use force or self-help to take over any landed
property or engage in any act inconsistent with the proprietary right of the
owner in the State.
Furthermore, subsection
2(two) states that persons who have used force to take over the properties of others
and still do so after 3 months from the date of commencement of the law commit
an offence. Anyone who commits such offence is liable to ten (10) years
imprisonment.
Also, anyone without
lawful authority who applies threats or violence to secure entry into any
landed property for personal use commits an offence. Regardless of if the entry
is lawful, it does not give a right to use threats or violence and anyone who
commits the offence shall be liable to 10 (ten) years imprisonment.
Furthermore, by virtue of
section 3(4), anyone who uses fire arms or offensive weapons or is in any way
armed or wounds anyone while committing the act of forced entry is liable to 4(four)
years imprisonment.
Persons in illegal
occupation of premises who also fail to leave the property commit an offence
and are liable to a fine of N5,000,000
(Five Million Naira) and/or up to five (5) years imprisonment. By virtue of
Section 7, any encroacher who keeps fire arms or dangerous/offensive weapons on
the premises shall be liable to 10 (ten) years imprisonment.
Any encroacher who tries
to sell the property knowing he has no lawful authority to do so commits a
crime and is liable to a fine of N500,000
(Five Hundred Thousand Naira) and/or Six (6) months imprisonment. If the person
is successful in selling the property, he shall be liable to a fine not
exceeding 100% the value of the property and/or 5(five)years imprisonment as
provided in section 8.
It was always common for
purported family agents to unlawfully sell family property without the consent
of the head of the family. However, by virtue of the law, anyone who sells
family property without the authority of the family head or sells government
land without the authority of the relevant government authority shall be liable
to 21 (Twenty – One) years imprisonment.
Due to the fact that many
property/estate agents and sometimes, lawyers, have been known to aid the sale
and unlawful encroachment of private property. Section 9, prohibits
professionals from aiding in conduct that constitute an offence under the law
and such professionals shall be reported to the relevant bodies for misconduct
and appropriate actions.
A popular provision of the
Law is the section that prohibits that harassment of property owners by the omo
onile groups and other hoodlums. Section 10, states that persons who act as
agents and demand a fee in regard to construction on properties shall be
committing an offence and liable to a fine of 1(One) million naira and/or 2 (two)
years imprisonment.
The Law also establishes a
task force to enforce the law and grants jurisdiction to the Special Offences
Court and other courts.
In other to prevent
private persons from taking laws into their hands, no law enforcement agent,
vigilante group, ethnic, cultural or traditional militia shall have the right
to enforce the law except in terms with the Sheriffs and Civil Process Act.
The enactment of this law
brings succor to all lawful property owners in Lagos State and is highly
welcome.
Dunmade Onibokun