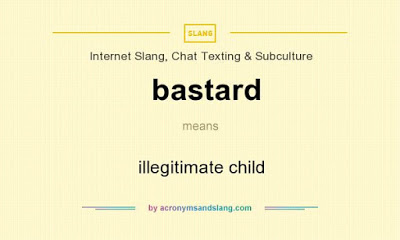 INTRODUCTION
This topic reminds me of
primary school days. It was okay to call each other names such as big head,
mad, stupid or even more painful things like fat and dumb but never ever call
someone a bastard. It was offensive, derogatory and mean-spirited.

That was a taboo and only
a child spoiling for a serious fight would go in that direction. Discrimination
by circumstance of birth is however not limited to children bickering and it
remains a glaring reality in our society, despite modernization and
development.

Discrimination against
children is wide-spread, hurtful and perverse. All kinds of discrimination are
to be condemned, and although societal bias may always be a norm in our
communities, this Article will focus on the legal disadvantages illegitimate
children face with respect to succession.
DISCRIMINATION

Discrimination means the
unjust or prejudicial treatment of different categories of people or things,
especially on the grounds of race, age, or sex. It also includes discrimination
due to disabilities, discrimination against the girl child and for the purpose
of this discussion it refers to discrimination on the basis of the
circumstances of one’s birth.

DEFINITION
OF ILLEGITIMACY
The condition before the
law, or the social status, of a child whose parents were not married to each
other at the time of his or her birth. (thefreedictionary.com)

An illegitimate child is therefore
one born to parents who are unmarried at the time of his birth. At common law,
such a child was legally known as a “filius nullius” or “child
of no one.”  And the implication of
that is that he/she was incapable of succeeding property or deriving other
benefits from his/her parents. Even subsequent marriage of the child’s parents
was insufficient to render him legitimate.

COMMON
LAW PERSPECTIVE
Over the years, the
attitude of the Court has been that the legitimate children of a statutory
marriage (i.e. a marriage under the Marriage Act) will inherit to the exclusion
of any illegitimate children as some case law that will now be referred to will
reveal.

In the case of ONWUDINJOH V ONWUDINJOH 1957 1 ENLR 1,
the Court held that any custom according a right of legitimacy to an
illegitimate child may be repugnant to natural justice or contrary to public
policy. Thus, the Court rejected the claim of an illegitimate child to share in
the intestate estate of his father on the ground that no evidence had been laid
in support of such claim, but supported a claim by a child where paternity had
been acknowledged.

It was further elucidated
in the above authority that if a man celebrated an Act marriage and during its subsistence,
purportedly celebrated a customary marriage, there could be no legitimating of
the offspring of the purported latter marriage.

It is apparent from the above
authorities that the position of the law at the time was that illegitimate
children could not lay claim with respect to inheritance thus making them
highly disadvantaged; regardless of legitimization by their fathers.

One of the reasons why
such a stringent position may have been obtainable is because promiscuity and
adultery were highly condemnable. While this stance may have been laudable for
moral reasons; the products of a union that was not validated by law had to
suffer the consequences of actions they could not be blamed for.

MODERN
LAW
There are varying authorities
on the issue of intestacy and succession and while the common law approach has
been accepted in some circumstances; there is a general variance with the
strict approach that was obtainable in the past.  IN MOTOH
V MOTOH 2011 16 NWLR PART 1274 PAGE 474 @ 491 the Court held as stated
below:

The implication of the
above authority is that a child born outside wedlock and during the pendency of
a subsisting legal marriage cannot be legitimized and therefore will not be
entitled to succession.

See also KEHINDE DA COSTA V FASHEUN where the
Court held that the provision of the constitution did not intend to make the
deceased property open for all both legitimate and illegitimate as doing so
would be unfair and contrary to public policy.
The above position is in
the writer’s opinion contrary to the intendment of the constitution as provided
for in Section 42 (2) of the Constitution of the Federal Republic of Nigeria
which provides as follows:
“No citizen of Nigeria
shall be subjected to any disability or deprivation merely by reason of the
circumstances of his birth.”

On the contrary, the Court
was of a different view in the earlier case of ANODE V. MMEKA  2008 10 NWLR PART
1094 PAGE 1 @ 5 where it was stated that by virtue of Section 42 (2), a
citizen of Nigeria shall not be subjected to
any form of disabilities or restrictions to which members of other
communities, ethnic groups, places of origin, sex, religious or political
opinions are not made subject. In that case, the Court of Appeal held that the
fact that the Respondent was born out of wedlock was totally irrelevant and
could not deprive him from inheriting the estate of his maternal grandfather.

The Court further stated:
“I am aware of the
principle of the decision in Muojekwu v. Ejikeme (2000) 5 NWLR (Pt. 657) 402 at
418, 422-423 where the custom of leaving a woman in her maiden home to
procreate was held to be promiscuous, obnoxious, inconsistent with public policy
and therefore repugnant. I may agree as I am bound by that decision. But
rejection of a custom is one thing and the acceptance of the product of that
custom is quite a different thing. Here we are dealing only with the custom not
only simpliciter, but also with the product of that custom. A child is never
thrown away with bad or polluted water. A child immersed in bad water is first
brought out before the polluted water is thrown away. Even in the Muojekwu case the children who were held to be the products
of the obnoxious” custom of Nrashi in Nnewi were still held to be entitled
to inherit their mother’s father’s estate. I think that was the case of saving
the child from the bad water. Here the same view will be held by me. Whatever
view I take of the custom, it will not have anything to do with the position of
the plaintiff as a human being who played no part in the existence of that
custom and who is merely but the product of that custom.”Per SAULAWA,
J.C.A.(Pp. 15-16) (emphasis supplied)

THE  DOCTRINE OF ESTOPPEL
In OGUNMODEDE V THOMAS SC FSC 337/1962, the deceased married under
the Marriage Act and they bore a daughter. The husband acknowledged 16 other
issues he had outside the marriage. The children were treated equally while the
wife was alive. When she died, the husband tried to inherit her property to the
exclusion of all the other children alleging that they were illegitimate in
relation to the deceased and her property. The Supreme Court held that if they
woman were alive, she would have been estopped from denying acknowledgment by
conduct. They were thus entitled to share the property.
LEGITIMATION
AND ACKNOWLEDGEMENT OF PATERNITY
Legitimation is a process
whereby an illegitimate child is made legitimate either by acknowledgement or
by subsequent marriage of both parents.
The Court in the case of ALAKE V PRATT 1955 15 WACA 20 approved
the custom of legitimation by acknowledgement of paternity and placed
legitimated children in the same position for inheritance as children conceived
in lawful wedlock.
In Motoh v Motoh (supra)
it was held that children who are not born in wedlock or who are not issues of
a marriage under native law and custom, but are issues born without marriage can
also be regarded as legitimate children if paternity has been acknowledged by
the putative father.
In
Section 69 of the Matrimonial Causes Act, a child of a marriage was defined to include
the following:
(a) any child adopted
since the marriage by the husband and wife or by either of them with the
consent of the other;
(b)
any child of the husband and wife born before the marriage, whether legitimated
by the marriage or not; and
(c)
any child of either the husband or wife (including an illegitimate child of
either of them and a child adopted by either of them) if, at the relevant time,
the child was ordinarily a member of the household of the husband and wife, so
however that a child of the husband and wife (including a child born before the
marriage, Whether legitimated by the marriage or not) who has been adopted by
another person or other persons shall be deemed not to be a child of the
marriage;
From
the above, it appears that the intendment of the law is that once a child has
been legitimated or acknowledged; he or she is to be treated as a child that
was born in lawful wedlock.
EQUAL
PROTECTION
It is apparent that
customary law negates not just the principles enshrined in the Constitution but
is also contrary to International Conventions against discrimination.
Article 3 of the African
charter on the rights and welfare of the child states as follows:
“Every child should be
allowed to enjoy the rights and freedoms in this Charter, regardless of his or
her race, ethnic group, colour, sex, language, religion, political or other
opinion, national and social origin, fortune, birth or other status”
Similarly, Section 10 of
the Child Rights Act of Nigeria states :
“A child shall not be subjected to any form of
discrimination merely by reason of his belonging to a particular community or
ethnic group or by reason of his place of origin, sex, religion or political
opinion.” and “No child shall be subjected to any disability or deprivation merely by
reason of the circumstances of his birth.” (emphasis supplied).
CONCLUSION
There is a need to promote
fundamental rights recognized by national and international law. Many customary
practices in Nigeria still encourage discriminatory practices with respect to
succession and there are many grey and contradictory areas that are yet to be
resolved.

Notwithstanding, it is
glaring that the intendment of the law is that all forms of discrimination are eliminated;
therefore it is expedient that further reforms are made to adequately address
all aspects of intestacy and succession in a manner that harmonizes with the
rules of natural justice and the objective of the law.