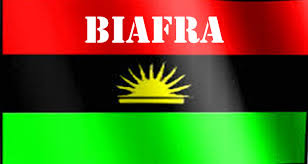 Abstract
The recent heightened clamour for self-determination in various quarters
of southeastern Nigeria – a geographical location largely made up of the Igbo
people, has awakened the keen interest of many people around the world. Various
secessionist leaders calling for the recognition of the sovereign state of
Biafra have been incarcerated by the Nigerian Federal Government on many
occasions while a few others are standing criminal trial for offences like
sedition, treason and other treasonable felonies. It is therefore imperative
for one to look into this agitation for self-determination and decipher if
indeed such right exist in favour of the secessionists, whether this right is
recognized by international law and if there are conditions precedent to the
enjoyment of this right. This paper focuses on the international law framework
guaranteeing the right to self-determination vis-a-vis the Igbo nation of
Biafra; and also proffers probable solutions/recommendations for continued
co-existence.
1.
INTRODUCTION
The Right to
self-determination is a right that inures to every group/people as their innate
human right and does not come through negotiations. Just as there is no
condition precedent for the enjoyment of any human right across the world,
except the fact that a person is ‘Human’, same is the case with the Right of a
People to Self-determination. A proper understanding of the right to
self-determination under International Law will afford every nation seeking to
secede, without any doubt, a guide in achieving state status in a manner
acceptable to the international community.
The discussions in
this paper will be divided into four parts. Part One is the Introduction. Part
Two will provide a historical background of the struggle for self-determination
by the Biafra nation. Part Three will attempt to summarize all the relevant
international laws bothering on self-determination citing examples of some
states that actualized an independent sovereign state status in recent times.
This paper concludes with Part Four wherein the writers reemphasize the right
of every people including the Igbo race to self-determination under
International Law, and also spells out certain pragmatic recommendations for
continued co-existence.
2.
HISTORICAL BACKGROUND OF THE STRUGGLE TO
SELF-DETERMINATION BY THE BIAFRAN NATION.
The Oxford Dictionary
of Law defines “self-determination” as:
“the right of a people living within a
non-self-governing territory to choose for themselves the political and legal
status of that territory. They may choose independence and the formation of a
separate state, integration into another state, or association with an
independent state, with autonomy in internal affairs”.[1]

Various reasons can
account for the desire by an indigenous people to crave for autonomy and an
independent state status. Some of these reasons include perceived religious
bias by an extant government, ethnic domination, patent cultural differences,
injustice and marginalization, among other reasons.
The struggle for
self-determination by the Igbo race can be traced as far back as 1914 when the
then British government forcefully merged the Northern and Southern
Protectorates of Nigeria. This merger was to facilitate a functional political
and economic control over the Nigerian people.
The systems of
government that existed in the two protectorates differed significantly, more
so, the cultures and religions of those regions were extremely dissimilar. The
incongruity of the two regions immediately began to manifest in religious
clashes, election riots, persecution of Igbo traders in Northern Nigeria among
other injustices all culminating in the Nigerian Civil War, alternatively
referred to as the Biafran War, which lasted from July 6, 1967 to January 15,
1970.
Today, many years
after the civil war has ended, evidence of marginalization of south-eastern
Nigeria still exists in the form of bad road networks across the region, the
dilapidated River Niger Bridge at Onitsha, Anambra State, outrageous ethnic
inequality in the employment of persons to the federal civil service, general
exclusion in federal projects among other social, economic and political
inequalities.
The aforementioned
social, economic and political inequalities have resulted in the formation of
many indigenous organizations aimed at voicing out the grievances of the Igbo
nation. Most notable among these organizations include the Movement for the
Actualization of the Sovereign State of Biafra (MASSOB) and the Indigenous
People of Biafra (IPOB). There have also been reports of various groups of
people protesting against these perceived injustices in various ways including
organized marches, comments and write-ups on the social media, tyre burnings, stoning
of Federal Government officials, destruction of Federal Government buildings
and bombing of oil pipelines in south-eastern Nigeria.
3.
THE
INTERNATIONAL LAW RIGHT TO SELF-DETERMINATION
The United Nations
(UN) charter states that the purposes of the UN is:
“To develop friendly relations among nations based on
respect for the principle of equal rights and self-determination of
people, and to take other appropriate measures to strengthen universal peace.”[2](emphasis
mine)
The United Nation
Organization which is the primary body of UN countries in the international
community clearly recognizes this right to self-determination in its Charter.[3] As
such, no group of persons ought to be compelled by any constituted authority to
remain in a country they have no love, regard and respect for.
Furthermore, the twin
1966 Covenants i.e. the International Covenant on Civil and Political Right
(ICCPR) and the International Covenant on Economic, Social and Cultural Rights
(ICESCR) which, unlike the UDHR, are binding covenants on all member states
(Nigeria inclusive). These Covenants enshrined a people’s inalienable Right to
self-determination in the following Clear and repetitive terms.
They both provide:
“all people have the right to
self-determination by virtue of that right they freely determine their
political status and freely pursue their economic, social and cultural
development”. [4]
It is instructive to
note that the right of self-determination is considered so elementary that it
is a rule of customary international law, at least in its application to
colonial territories.[5]
The United Nations
Declaration on the Right of Indigenous People (UNDRIP) was adopted by the
United Nations General Assembly on 13th September, 2007. [6]
Inasmuch as a
Declaration is not binding in International Law, the UNDRIP goes a long way in
expressing the status of the international community vis-à-vis the right to
self-determination.
South Sudan gained
independence from Sudan in 2011, Pakistan seceded from the British Indian
Empire, Kosovo declared independence on February 17, 2008 among numerous other
active separationist movements in the world i.e. the various secessions from
Old Soviet Union, the separation of the old State Union of Serbia and
Montenegro, the division and fusion of Germany (West and East Germany), old
Czechoslovakia, the Austro-Hungarian Empire etc.
4.
CONCLUSION
It is indubitable that
International Law recognizes the right to self-determination. The clamour by
the Igbo race of south-eastern Nigeria for an independent state status is
therefore one in consonance with the provisions of International Law. The right
to self-determination is at the core of International Human Rights Law because
it is a pre-condition for the enjoyment of other human rights, and no other
human right can be enjoyed without it. The Right to self-determination should
therefore not be disregarded by an extant government or cowered by threats of
aggression, but the various grievances should be addressed and possibly a referendum
conducted like in the popular and recent Catalonia’s case which has been
scheduled for the 1st of October, 2017, this latter date was even
after a failed referendum on “Self-Determination” in 2014.
RECOMMENDATIONS
In recent times,
asides the people of Biafra, there have been various clamours for
self-determination by various secessionist groups across Nigeria i.e. RONDEL[7] in
the Niger/Delta, Arewa youths in the North, the Oduduwa people in the South
West, the people of the Middle-Belt etc. 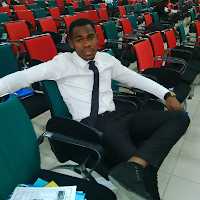