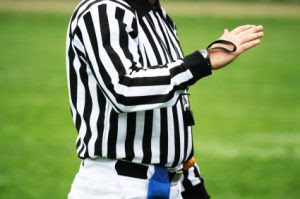 Bad
governance has been a major setback which has affected major corporations and
organizations from accomplishing their potential hence reducing their
effectiveness and efficiency; unfortunately sports organizations and companies
are not left out of this setback. In order to curb this setback of bad
governance among corporations, various committees have been set up to provide
workable solutions. Among these committees was the Cadbury Committee which was
set up in the year 1992 and played major role in the development of corporate
governance although the efforts of other committees cannot be shelved. In the
Cadbury Committee’s Report, corporate governance was defined “as a system in
which companies are directed and controlled.”

It
is worthy of note that the united nations made a very important move in 2014
during the 69th regular session of the United Nations General
Assembly in New York when it recognized the independence and autonomy of
sports. In the words of the International Olympic Committee (IOC)President
Thomas Bach; “sport is truly the only area of human existence which has
achieved universal law, but to apply this universal law worldwide, sport has to
enjoy responsible autonomy. Politics must respect this sporting autonomy.”[1]
Due to this autonomy, it will be pertinent to regulate the administration and
governance of sport organizations since majority of them will not be subject to
national or locals laws in order to be free from governmental influence.
In many parts of the
world, sports bodies are to a large extent autonomous from government in the
way they organize themselves and their sport rules. One of the causes of
governance failures in sport may be the slow evolution of what were primarily
voluntary institutions founded in the 19th century into professionalized bodies
and regulatory systems adequate to govern the modern, commercial world of sport
of today. However, it is not the only explanation: many entirely voluntary
sports bodies have governed well, and there are plenty of professional
organizations where widespread abuses have taken place. However, as the IOC and
representatives of governments have acknowledged several times the right to
autonomy has to be earned: when governance is perceived to be poor, external
intervention by governments, law enforcement agencies and others becomes more
likely.[2]
There
have been scandals since the earliest days of sport but sports governance first
attracted serious scrutiny as a discrete topic in the 1990s after work by
academics, investigative journalists and campaigning organizations such as Play the Game.[3]
There have been corruption charges against various sport leaders although some
of them have their charges dropped while some are still under investigations.
Currently, we have the FIFA General Secretary FatmaSamoura is currently in
Egypt at the headquarters of the confederation of African football trying to
ensure stability in the continent’s football governing body. While some
commentators are not in support of this move by FIFA, other commentators opine
that it’s a good one to ensure that CAF adopts good governance, a major need
for its progress.
Some sports organizations
such as FIFA, UCI and IAAF have made significant changes to their constitutions
in recent times, introducing term limits and involving more independent people
in aspects of decision-making. However, the pace of progress across the sports
sector as a whole is slow, The Association of Summer Olympic International
Federations (ASOIF) subsequently developed a governance assessment tool for International Federations. There are now
several different theories of governance. In recent years the specific topic of
sports governance has attracted a fair amount of interest from academics and
institutions. A number of principles of good governance have been produced,
such as the IOC’s Basic Universal Principles of Good Governance of
the Olympic and Sports Movement
(2008), the EU’s Principles of good governance in sport (2013), and the Universal
Standards of the Sport Integrity
Global Alliance.
The
EU’s Expert Group on Good Governance has defined the principles of good governance in sport in the following terms: “The framework and culture within which a sports
body sets policy, delivers its strategic objectives, engages with stakeholders,
monitors performance, evaluates and manages risk and reports to its
constituents on its activities and progress including the delivery of
effective, sustainable and proportionate sports policy and regulation.”
In addition to the various
good governance codes which have been published, governments and regulatory
bodies in many countries have put in place standards of governance for sports
organizations. For example, UK Sport and Sport England produced a Code for Sports Governance. Tracey Crouch MP
had stated that“It is vital that our domestic
sports bodies and organizations uphold the very highest standards of governance
and lead the world in this area. We want to ensure that they operate efficiently
and successfully while being transparent and representative of society. We have
been clear that we will expect them to adhere to the new Code for Sports
Governance if they are to receive public funding in the future.”[4]Working
with partners in eight European countries, Play the Game created a benchmarking
tool for assessing governance in national sports federations, resulting in a report published in November 2018. A
new initiative which started in 2017 called the International Partnership Against Corruption in
Sport (IPACS) brings together stakeholders including the
Organisation for Economic Co-operation and Development (OECD), the IOC, a
number of national governments, the Council of Europe and the United Nations
Office on Drugs and Crime (UNODC). Taskforces are addressing the issues of
corruption in procurement, integrity in the selection of hosts for major sports
events, and compliance with good governance principles.[5]
It
is very evident that sports governance emanating from good corporate governance
is taking a great force among sports organization in the sports industry which
cannot be over emphasized. Organizations have started developing codes of
sports governance with promotion of the principles of sports governance and
violators of these principles are being brought to book. It will be interesting
to see how menaces such as corruption, bribery and lack of integrity is being
flush out through the development and promotion of good sports governance. 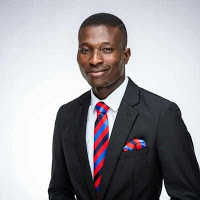 Oluwatobiloba Adesemowo
“Tobi is a tax and sports lawyer. He is currently a
management strategist at Lagos Tigers Football Club. He is also a tax associate
at SIAO partners. During his leisure, he loves to research on sports and tax
related issues.”