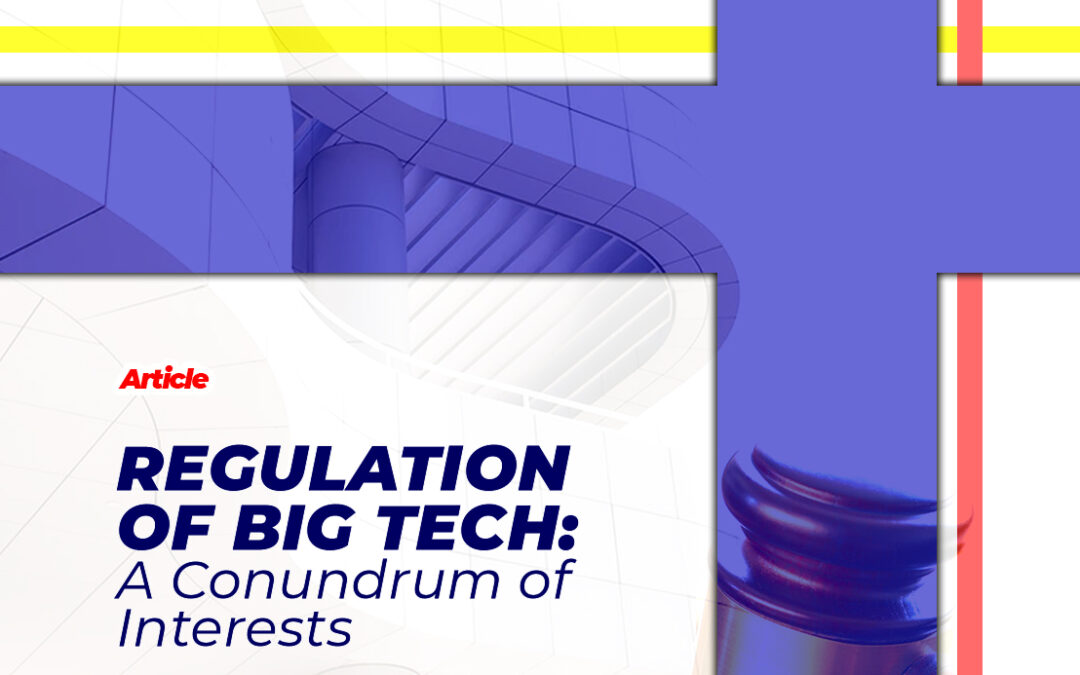 Regulation Of Big Tech: A conundrum of interests

In a most unprecedented move, social media giants –Twitter, permanently suspended the account of former American President Donald J. Trump,following allegations that he had made inciting comments which led to violentprotests at the American Capitol building and its eventual occupation by protesters. Twitter’s action, has further fuelled ongoing conversations that social media platforms and indeed their CEOs, have become too powerful in their ability to shape public opinion in matters of politics, economy and other core facets of societal living.

This article is essentially a teaser. On the contrary, it seeks to establish that the arbitrary censorship of social media would reduce several democratic polities to pseudo dictatorships. In sharp contrast, it also beams a light on the several ills (for example increased hate speech, enhanced dictatorial tendencies of social media platform owners etcetera.) that befall society when social media is left unchecked. It concludes by opening a conversation on the plausible implementable solutions that can help achieve an equilibrium amongst the several actors in social media regulation.

On the 8th of January, 2021, the world awoke to receive the news that former American President, Donald Trump had been banned from Twitter for ‘inciting comments’ in the wake of the attacks at the American Capitol which left five persons dead. Commenting on the rationale for the ban, Twitter CEO Jack Dorsey via a Twitter post observed:

“I do not celebrate or feel pride in our having to ban @realDonaldTrump from Twitter, or how we got here. After a clear warning we’d take this action, we made a decision with the best information we had based on threats to physical safety both on and off Twitter. Was this correct?

I believe this was the right decision for Twitter. We faced an extraordinary and untenable circumstance, forcing us to focus all of our actions on public safety. Offline harm as a result of online speech is demonstrably real, and what drives our policy and enforcement above all.”

Indeed, the reactions trailing the ban of the Ex-President have been a mixed bag. German Chancellor, Angela Merkel regarded the move as ‘problematic’ as it, in her opinion, infringes on the right to free speech and expression. For the German Chancellor, such decisions to deny an individual a right to public expression is a subject matter that should be decided by laid down laws and designated government institutions.[1]Reprimanding the ban in a like manner, The United Kingdom’s Health Secretary Matt Hancock similarly observed: “The fact that a CEO can pull the plug on POTUS’s loudspeaker without any checks and balances is perplexing.”[2]

In whatever side of the divide one aligns, the uncontroverted fact remains that Social Media has transcended being a mere avenue of leisure and entertainment into a tool that can be utilized for the expression of free speech and other rights, as well as to galvanize public opinion on an array of public matters. It is the understanding of social media in this sense that has warranted the enactment of legislations by countries world over in seekingto strike a ‘balance’ on social media usage and abuse.

In its passage of theNetwork Enforcement Act, 2017, the German government became one of the first European countries to directly and specifically legislate on curbing the excesses of both social media ownership and abuse by users. By a combined reading of section 1(1), (2) and (3) of the Act[3], social media platforms with a minimum of two million users are mandated to establish channels that allow for the reporting of illegal content (which include contents on public incitement, sedition, terrorism etc.) which ought to be taken down by such platforms within 24 hours.

The law further requires such social media platforms to also publish bi-annual reports of their management of illegal content and the flagging of same[4] and stipulates a fine of up to $62,000,000 for companies that fail to comply.The German legislation in this regard has been criticized on two major grounds. First, critics opine that the 24-hour period giving to social media companies to review posts/contents that infringe on the Act is not sufficient to allow for a thorough process of review that guarantees meritorious regulation. Secondly, they also argue that the absence of an appeal process on most social media platforms after a user has been banned/suspended creates some sort of big-tech autocracy.  Indeed, this further galvanises the position of world leaders like Angela Merkel who suggest that such procedures should be within the sphere of institutions of law.

How Much Regulation is Too Much?

In America, the acclaimed ‘home of democracy’ the approach to social media regulation has typically being, to allow social media platforms self-regulate by putting in place policies to track and remove offensive or illegal content. The free-hand allowed these companies essentially stems from the provisions of Section 230 of the Communications Decency Act 1996 which shields social media companies (like Twitter and Facebook) from liability for the content posted by their users.

In recent times however, there have been several outcries that tech giants were not doing enough to address the notoriety of illegal content on the internet. This pressure has ultimately pushed legislators in the US to reconsider the current arrangement of social media content regulation in the country.  In 2020, the Eliminating Abusive and Rampant Neglect of Interactive Technologies Bill was introduced to the floor of the American Congress and it seeks to create exceptions to the provisions of the earlier mentioned Section 230 of the Communications Decency Act, 1996 by creating some sort of intermediary liability for tech giants[5]. This is in a bid to demand a higher sense of responsibility from social media giants in ensuring the serenity of their platforms.

Outside America however, the approach to social media regulation has been more stiff.  Following terrorist attacks in Christchurch in 2017,the Australian Parliament enacted the Sharing of Abhorrent Violent Material Act, 2019 which amongst other things, warrants social media platforms to remove offensive, extremists and illegal content from their platforms ‘expeditiously’. A failure to comply attracts a fine of $2,100,000 or a 3-year imprisonment term when an individual is in default or a $10,500,000 fine/10%[6] of turnover when the defaulting entity is a corporate body.

The Australian legislation has come under heavy criticism for being rushed as it was made without due and wide consultations with the public. Critics have also stated that the requirement on social media platforms to ‘expeditiously’ remove offensive content as stated in the Act is too broad and undefined for a timeline, and makes the Act a ready tool for political witch-hunting in the hands of politicians.

Like the United States, the EU’s policy on social media content regulation has essentially being to mandate social media platforms to self-regulate. The Union has also responded by proposing a draft bill – the European Digital Act which seeks to mandate social media platforms to take down illegal content (on extremism, violence, child pornography etc.)within an hour. It further stipulates that whilst the failure to remove flagged content within an hour would not attract fines, the failure to remove same when flagged by a law enforcement agency would attract heavy fines. Indeed, this is obviously due to the fact that the later event would typically be on more authentic grounds.

In 2019, the Protection from Internet Falsehoods, Manipulations and Other Related Matters Bill, 2019 passed second reading on the floor of the Nigerian Senate. The Bill which is Nigeria’s first attempt at legislative regulation of social media content seeks to prevent the transmission of false statements/news and block access to finance for such online platforms. It also imposes a sanction of aN300,000 fine or a three-year imprisonment term on individuals in default of the law and a N10,000,000 fine on companies so found wanting.  The Bill further empowers law enforcement agencies to mandate Internet Service Providers (ISPs) to block the internet access of persons alleged to have violated the provisions of the Act.

Perhaps, the most controversial element of the Bill is that it provides that the administration and enforcement of its provisions shall be vested in the Inspector General of Police. This has been heavily criticised by a vast majority of the Nigerian populace and opposition political parties who are of the opinion that the Bill seeks to deny the right to free speech and further empower the government and indeed politicians to victimize their political opponents and suppress critics.  Consequently, at the Public Hearing held in respect of the Bill in March 2020, at the National Assembly, the Bill was largely rejected by civil society organisations and indeed members of the Nigerian public in attendance.

Nothing has since been heard of the Bill since the Public Hearing. The Senate has neither commenced a third reading of the Bill nor called for another Public Hearing. For some, it is testament that the will of the Nigerian people has prevailed over the wishes of a select few. Others, however still nurse the concerns that further attempts would be made in future to smuggle the Bill into the country’s legislations.[7]

In today’s highly polarised modern society the issue of social media content regulation has become a hydra-headed conundrum. Governments and regional bodies across continents are posed with the question of how to curb the proliferation of the internet with illegal content without trampling on highly cherished citizen rights such as the freedom of expression and speech. It is firmly believed regardless, that any pragmatic approach to regulating social media must be one based on laws enacted after wide and broad based consultations with relevant stakeholders – the general public, social media users, the owners of social media platforms, security agencies and lawmakers.

This would ensure, that whatever laws are made would be a reflection of the true wishes of society and allow for little room for criticism on inclusiveness in the future. In a similar regard, it is also believed that the ultimate power to decide the termination of a person’s access to a social media should not be within the exclusive discretion of social media giants as this simply too much power!

It is suggested here that the value of a social media account (allowing an owner to achieve business advertising objectives and branding, political goals, activism etcetera) is of too much value to be treated trivially. Indeed, it should be equated with the status of a bank account ownership. Consequently, the denial of a person’s access to his account on the grounds of suspension/ban should be a subject contestable/appealable before the Courts of law.This truly would be allowing the law function as an agent of social engineering. 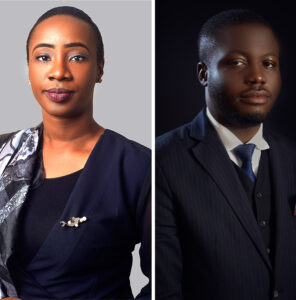 [5]David Morar and Bruna Martins, ‘ The Push for Content Moderation Around the World’<https://www.brookings.edu/blog/techtank/2020/09/21/the-push-for-content-moderation-legislation-around-the-world/>Accessed March 23, 2021. 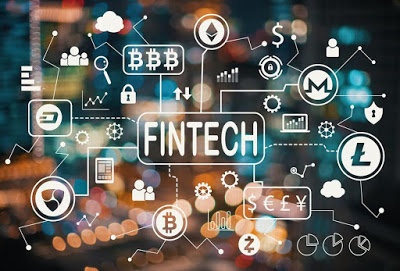 Fintech In Taxation:A Way Out Of Tax Evasion | Omowale Kofoworola 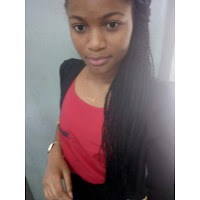 Omowale
Kofoworola is a 100Level law student at University of Ibadan. She is a
volunteer at Hadassah Humanity Foundation (HHF), and the Finance Manager of
Insightt Initiative, a student organization committed to improving the world
via education and innovation.