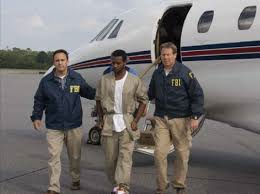 PROCUDRE FOR EXTRADITION IN NIGERIA

You will recall
that a number of months ago, the legal battle between the Nigerian government
and Senator Buruji Kashamu on the application by the United States to have
Senator Buruji extradited to the U.S was well reported in the news.
The application was
possible because Nigeria is a signatory to several extradition treaties with
other countries. Examples of such countries are South Africa, Liberia, the United
States of America, the United Arab Emirates and the United Kingdom.  The enabling law that allows the country enter
into such agreements is the Extradition Act, Chapter E25, Laws of the
Federation of Nigeria (LFN) 2004. The Act also becomes applicable to any
country that enters such an agreement with Nigeria.
The Black’s law
dictionary, 10th Edition, defines Extradition as the official
surrender of an alleged criminal by one state or country to another having
jurisdiction over the crime charged; the return of a fugitive from justice,
regardless of consent, by the authorities where the fugitive is found.
It’s however not
every time an application for extradition is made that it is granted, for
instance the United Kingdom refused to grant an extradition application to have
James Ibori return to serve the rest of his prison sentence in Nigeria. Also,
Nigeria can deny any of such applications on certain grounds which include, if
the Attorney – General or a court is satisfied that;
1.
The offence for which the fugitive is sought is of a
political nature. Section 3(1).
2.
The extradition application was made for the purpose
of punishing or prosecuting the fugitive on account of his race, religion,
nationality or political opinions or otherwise not made in the interest of
justice or good faith, Section 3(2);
3.
The nature of the offence is trivial, Section 3
(3)(a);
4.
The passage of time since the commission of the crime
Section 3(3)(b);
5.
The fugitive criminal has been convicted or acquitted
of that offence before;
6.
Is charged with an offence which under Nigerian law is
not an offence whereby his surrender is sought.
Such application
for extradition by virtue of Section 6 is made by a diplomatic representative
or consular officer of that country which is applying to the Attorney-General
of Nigeria in writing also including with the application a duly authenticated
warrant of arrest or certificate of conviction issued in that country. The
Attorney – General will thus signify to a Magistrate to issue a warrant for the
arrest of the fugitive criminal.
AdedunmadeOnibokun, Esq.
@adedunmade
dunmadeo@yahoo.com