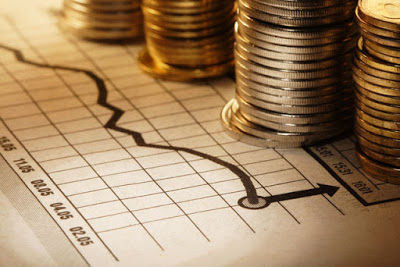 Shares: What does it mean in a Company? By Teingo Inko-Tariah

Introduction
Profit making ventures are usually registered as
companies limited by shares or unlimited companies. A company is limited by
shares when the liability of shareholders of the company is limited to the
amount, if any, unpaid on the shares held by them. In the case of unlimited
companies, the liability of the shareholders is not limited to any unpaid
amount for shares held by them. Thus
the shareholders of an unlimited company are fully liable for the debts of the
company no matter the amount involved. There are various ways a company can
raise capital for its operations. Issuing shares is one of the ways capital can
be raised.
What
is a share?
A share is a unit of a company
that defines the interest of a shareholder in the company measured by a sum of
money. It represents a portion of a company’s share capital and confers certain
rights and liabilities on the shareholder. The Nigerian Companies and Allied
Matters Act defines shares as’ interests in a company’s share capital of a
member who is entitled to a share in the capital or income of the company’.
Thus a share represents a unit of a bundle of rights and liabilities which a
member or shareholder has in a company as provided in the term of issue i.e.
the articles of association of the company. A share is a chose in action
(intangible property which gives the owner a right of action for possession)
and it is a transferable property subject to any restrictions that may be
provided in the articles of association or under the law.
Rights
and liabilities attached to shares
A shareholder is entitled to vote
in the proceedings of company meetings, receive dividend whenever dividend is
declared, attend meetings and contribute to the affairs of the company, inspect
company’s statutory books, protect proprietary interest in the management of
the company. The Nigerian Companies and Allied Matters Act, 2004 prohibits
issuance of shares with no right to vote or a right to more than one vote
except in the case of preference shares. It is an offence under the law to
issue a share with no vote or more than one vote. On the other hand, a
shareholder is liable to pay for shares held and unpaid for upon winding up of
the company where the company is limited by shares. In the case of unlimited
company, the shareholder is liable for the full debt of the company. A
shareholder is also liable to forfeit shares upon failure to honour a call to
pay up in respect of any unpaid shares and suffer any penalties stipulated in
the articles of association or term of issue.
How
to acquire shares in a company
Shares in a company can be
acquired by any of the following ways: subscription, allotment, transfer or
transmission. Subscription refers to the signing of the memorandum and articles
of association during the incorporation of the company whereby at least one
share is taken up by each member or shareholder signing for a company to be
formed. Upon registration of the company, the subscribers are deemed to have
agreed to become members of the company and their names must be in the register
of members. 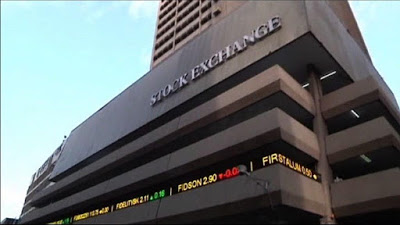 Allotment is the allocation of a
specific number of shares in a company to an applicant or prospective
shareholder upon an application for such shares. The company may allot all or
part of the shares applied for by a prospective shareholder. A prospective
shareholder can also withdraw his application by written notice to the company
any time before allotment is done. Upon application, the company shall, where
it wholly or partly accepts the application, allot shares to the applicant and
notify the applicant of the allotment and the number of shares allotted within
forty-two days. The company is not bound to allot the full amount of shares
applied for but it is bound to write a letter of regret enclosing the balance of
money paid for shares not allotted. Where shares have been allotted, the
company is required to file a return on allotment of shares with the Corporate
Affairs Commission within one month of allotment in the prescribed form and
with the necessary supporting documents. If you have ever applied to buy shares
of a public companies through public offer, this is what happens at the close
of the public offer.

Shares of a company can also be
acquired by transfer. Transfer of shares is the process of passing ownership
from one person to another. It is executed by the delivery of a proper
instrument of transfer and the share certificate to the company and the
subsequent registration of the transferee in the company’s register of members.
A company is required to file a notice with the Corporate Affairs commission
indicating transfer of shares. Transfer of shares in a company are subject to
any restrictions by law or the articles of association. Every private company
is required by law to restrict the transferability of its shares in its
articles of association. This is done by including a ‘pre-emptive right’ clause
to the effect that any shareholder who wishes to transfer his shares should
first offer such shares to existing shareholders before any other person who is
not a shareholder.

Transmission of shares is the process
of acquisition whereby a person becomes entitled to the shares of another in
consequence of death or bankruptcy of that other person who was the original
shareholder. In the case of death, the shares could either be transmitted by a
will or where there is no will, letter of administration of estate of the
deceased original shareholder. A person who takes up shares of another by
transmission would be required to communicate same to the directors of the
company showing evidence of such transmission and could either choose to have
the transmitted shares registered in his own name or in the name of a nominated
person. Registration of the name of the person to whom shares have been
transmitted in the register of members after all requisite formalities, grants
such a person full rights as a member of the company.

Classes of shares
There are various classes of shares that could be issued by a
company. These are ordinary shares, preference shares, deferred shares and
founders’ shares. The nature of the shares would depend on the kind of rights
attached to them.Ordinary shares are the
basic shares of a company which have no special rights attached and which bear
the main risk. They are sometimes referred to as ‘equity shares’. Majority
of the shares in most companies are ordinary shares which have the basic rights
attached to a share.
Preference shares are those shares that have
additional rights attached to them and they could take various
forms.  Fixed preference shares entitle
the holder to a fixed amount of dividend every year. Fixed right to participate
in surplus profit entitles the holder of such shares to additional dividend
after the fixed amount of dividend. Thus where there is surplus, they benefit
further with the ordinary shareholders.
Cumulative preference shares entitle the
holder to dividend every year whether or not profits are declared by the
company. Where no profit is declared in a particular year, the dividend
accumulates and adds up to that of the following year such that whenever there
is profit and dividend is declared, this class of shareholders get their
dividend that has accumulated over time in addition to what is currently due
them.
In the case of Non-cumulative preference
shares, where a dividend is not declared and paid in a
particular year, such dividend is lost.
Deferred shares are shares on which no dividend
is payable until other classes of shares have received a minimum dividend.
Preference shares could be stated as non-voting (holders would not be entitled
to attend meetings or vote) and could also be expressed to be redeemable as a
term of issue. The right of redemption would usually be set out in the articles
of association of the company.
A Redeemable share is
one issued on the terms that the company will or may buy them back at a future
date. Founders’ shares and Management shares are shares
with special rights attached for the benefit of the original subscribers and
management of the company respectively in order to retain some measure of
control over the company. They are not popular in Nigerian corporate practice.
Ed’s Note: Culled from www.tennygee.wordpress.com
Photo Credit – www.pdco.ca
– www.reporters365.com