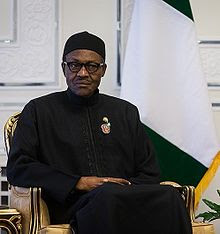 Muhammadu Buhari,
President of the Federal Republic of Nigeria on the 5th of May,
2017, transmitted a letter to the Senate President, Dr. Bukola Saraki informing
the National Assembly of a Medical follow – up trip to the United Kingdom. In
the said letter, the President further stated that the Vice – President, Prof.
Yemi Osibajo will coordinate the affairs of government while His Excellency is
away.
In
the above mentioned letter, the President stated –
“In compliance with
Section 145 (1) of the 1999 Constitution
(as amended), I wish to inform the distinguished Senate that I will be away for
a scheduled medical follow-up with my doctors in London. The length of my stay
will be determined by the doctor’s advice. ‘‘While I am away, the
Vice-President will coordinate the activities of the government. Please accept,
the distinguished Senate President, the assurances of my highest
consideration.”
This has resulted into debates on many
forums about use of the word “coordinate” by the President and questions have
been asked if the President erred in this regard. This post seeks to enlighten
Nigerians on the provisions of the Constitution as it relates to the above
mentioned scenario.
Many commentators have stated that the transmission
of power to the Vice-President is not clear while other conspiracy theorists
had also began to spin stories of tight grips on power. The Nigerian Senate was
also not left out of the debate as deliberations were made on the floor of the Chamber.
It is important to point out that the
relevant provision of the law is Section
145 of the Nigerian Constitution. It provides thus –
“Whenever
the President transmits to the President of the Senate and the Speaker of the
House of Representatives a written declaration that he is proceeding on
vacation or that he is otherwise unable to discharge the functions of his
office, until he transmits to them a written declaration to the contrary such
functions shall be discharged by the Vice – President as Acting President”.
The above section of the Constitution if
given its literal meaning is clear. It can also be seen from the words of the
law, that it is not mandatory for the President to name the Vice- President as
Acting – President. It is clear that once the President writes to the National
Assembly of his unavailability, the role of Acting President automatically
falls on the Vice – President. Even though the name of the Vice – President is
not specifically mentioned in the letter.
From the above, it is clear that the
President erred in no way and even went further than the letter of the law to
name the Vice-President as the person whom will coordinate the affairs of
government. Which according to the law is just a mere formality.
Adedunmade Onibokun, Esq.
Principal
Partner
Adedunmade Onibokun & Co.
dunmadeo@yahoo.com