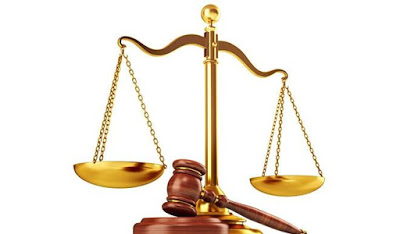 The Supreme Court recently delivered a landmark judgment that will alter the domination, subjugation, discrimination and humiliation suffered by women in Igboland from time immemorial. In the judgment, the apex court voided the Igbo law and custom, which forbids daughters from inheriting their late fathers’ estate. The Court declared that the tradition is discriminatory and conflicts with the provisions of the Nigerian Constitution.

The court held that the practice conflicted with Sections 42(1)(a) and (2) of the 1999 Constitution of the Federal Republic of Nigeria on the fundamental freedom from discrimination granted every Nigerian. The judgment was on appeal marked: SC.22/2014 filed by Mrs. Lois Chituru Ukeje (the wife of the late Lazarus Ogbonna Ukeji) and their son, Enyinnaya Lazarus Ukeje, against Mrs. Gladys Ada Ukeje, the deceased’s daughter.

Gladys had sued the deceased’s wife and son before the Lagos High Court, claiming to be one of the deceased’s children and sought to be included among those to administer their deceased father’s estate. The Supreme Court found that she was a daughter of the deceased and that she was qualified to benefit from the estate of their father who died in Lagos in 1981 without writing a will on how his estate should be shared among his descendants. The Court of Appeal in Lagos to which Mrs. Lois  Ukeje and Enyinnaya Ukeje appealed, upheld the decision of the trial court, prompting them to appeal further to the Supreme Court.

In its judgment on Friday, June 1, 2016, the Supreme Court held that the Court of Appeal, Lagos was right to have voided the Igbo Native Law and Custom that disinherited female children.

Justice Bode Rhodes-Vivour who read the final judgment held that “no matter the circumstances of the birth of a female child, such a child is entitled to an inheritance from the late father’s estate. Consequently, the Igbo customary law, which disentitles a female child from partaking in the sharing of her deceased father’s estate, is a breach of section 42(1) and (2) of the constitution, a fundamental rights provision guaranteed to every Nigerian.”  The said discriminatory customary law is void as it conflicts with section 42(1) and (2) of the constitution.
The Anambra State Women Association in Lagos (ASWAL), a socio-cultural organization, comprising women representatives of 177 communities in Anambra State residing in Lagos State, has commended the Supreme Court for the judgment. The Anambra State House of Assembly Speaker Rita Maduagwu, told the ASWAL President Dr. (Mrs.) Nkiru Ifekwem, who led other members of the group to the House that they had already domesticated it.

We commend the Supreme Court for its bold decision, because it is a judgment that is long overdue. Over the years, women have contributed to the development of the society, in some cases more than the men, but when it comes to inheritance they are sidelined. This, naturally, makes them feel inferior to men, which is very unfair and inhuman.

Though a judgment can only give what is sought, we hope a similar judgment on wives’ rights to inherit their husbands’ estate is on the way.  Dr. Ifekwem said the verdict meant that every female child in the South-East shall henceforth get a share of their fathers’ and/or husbands’ property, if the deceased had no male child.

The issue of denying female children inheritance is not peculiar to Igboland. It is practised in many parts of the country. We, therefore, encourage civil society organisations to do more and pressurize State Houses of Assembly to domesticate this judgment and pass it as an edict in every part of Nigeria.

TyLegal - Read the contract before signing
More to it than meet the very eyes
Whats Fair and Reasonable? by Jacinta N. Obinugwu