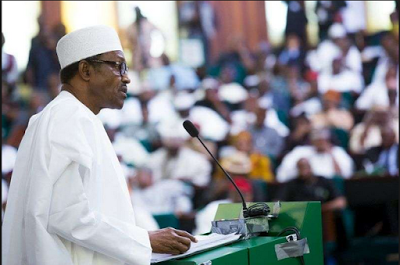 Government, as we have come to
know it today amongst other things exists to ensure the realisation of societal
values such as protection of rights, preservation of lives, maintaining
law and order, and providing basic human and social amenities, to name a few.
However, the government itself must be protected so as to safeguard against it
(government) destroying the values it was originally set up to protect.

In a bid to find a working
balance for the preservation of government itself, what we have come to know
commonly today as the “Doctrine of Separation of Powers” was created alongside
other concepts as a solution to protecting government from itself while ensuring
the realisation of societal values.

JUDICIAL AUTONOMY
It is an undeniable fact that
for the judiciary to live up to its responsibilities, it must be able to
perform its constitutional functions fairly, independently and transparently
without fear or favour from any external body, institution or arm of
government. True independence connotes an organ’s ability to perform its
functions without any other organ holding sway or having an opportunity to
exercise undue influence over it.

By virtue of Section 81(3) of
the 1999 Constitution, the organs of government at the federal level all have
financial autonomy, hence, they are able to exercise of their constitutional
functions and powers without any external piper calling the tune. The
Constitution provides that budgetary allocation for the judiciary is paid
directly to the National Judicial Council for disbursement to heads of courts.
There is no similar provision under Section 121 of the 1999 Constitution at the
state level. Budgetary allocations for States are paid into the Consolidated
Revenue Fund of the State under the control of the Governor who then disburses
to the other organs of government. This system has however fostered a situation
of the piper calling the tune and has placed the Judiciary in very difficult
positions in times past, threatening the very fabric of Separation of
Power and checks and balances at the State level, which our democracy ‘rests
on’. We have therefore seen State Executives wielding enormous powers to
the detriment of the other organs because they play the role of the piper
calling the tune which the Judiciary and Legislature are sometimes forced to
dance to.
In a democracy, the
independence of the judiciary is sacrosanct and cannot be compromised for any
reason whatsoever. Therefore, the Constitution of the Federal Republic of
Nigeria, 1999 (4th Alteration) Act, No. 4 which amends Section 121(3) of the
Constitution, granting financial autonomy to the State Judiciaries and which
was recently signed into law by President Buhari is crucial to the
strengthening of our democracy. The State Judiciary is now empowered to prepare
and submit before the State House of Assembly its budget for each year. Amounts
standing to the credit of the State Judiciary as budgetary allocations would
henceforth be paid directly to the Judiciary and no longer into the
Consolidated Revenue Fund of the States under the control of the State
Governors. In the same vein, the Constitutional amendment also grants financial
autonomy to the State Legislatures and State Independent Electoral Commissions.
Thus, all three organs are financially autonomous and none occupies a dominant
position. It is hoped that this amendment would further empower the organs of
government at the state levels to fully carry out their functions and exercise
their powers under the constitution to uphold the doctrine of Separation of
Power and checks and balances so as to foster a thriving democracy.

Notably, a very crucial Bill on
devolution of powers from the centre to the federating units which was
presented to the National Assembly was not passed into law as the Senate voted
against it in 2017, although the House of Representatives had resolved to
revisit it nothing new was done with it. This Bill on devolution of powers
seeks to move items on the exclusive legislative list of the Constitution to
the concurrent legislative list, thus giving more powers to States.

For the most part, this Bill is
by far the most important of all Bills considered on the floor of the National
Assembly during this Constitutional Amendment process as it would have given us
true federalism in all its glory. However, the country has taken several
positive steps in the right direction with the hope that the proper devolution
of power to the federating units would happen sooner than later. It is only
then that true federalism can begin to thrive in Nigeria.
YOU TOO CAN BE PRESIDENT.
The Constitution of the Federal
Republic of Nigeria, 1999 (Fourth Alteration, No. 27) Act, specifically amends
the provisions of Sections 65 (1)(b), 106(b), 131(b) of the 1999 Constitution
which prescribes the minimum qualifications for election into the Federal and
State Legislative houses and the office of the President.
The amendment effectively
reduces the minimum age requirement for eligibility to contest for the office
of the President from 40 years to 35 years while that of the Federal and State
Legislative Houses has been effectively reduced from 30 years to 25 years.
However, the minimum age requirements for eligibility to contest for the office
of the Governor of a State and a seat in the Senate was retained at 35 years.

Following the passage of this
Bill into law, the participation of younger Nigerians in politics is no longer
limited to the exercise of the civic right to vote, the horizon has been
broadened. The opportunities for younger Nigerians to run for office, bring in
qualitative leadership and implement fresh ideas and policies now exist. It is
therefore left for the youths to rise to the occasion, take advantage of this
amendment, engage in the electoral process from the driver’s seat, change the
game and bring about the desired change we all yearn for.

THE GOOD-LUCK IMBROGLIO
There’s also the Constitution
of the Federal Republic of Nigeria (4th Alteration) Act, No. 16 which provides
that a person (either Vice President or Deputy Governor) sworn in to complete
the tenure of an elected President or Governor can only be re-elected into that
office for not more than one term. This effectively resolves the highly
contentious issue that created a lot of political tension and was litigated in
the run up to the 2015 general elections. The amendment provides that in such a
situation the Vice President turned substantive President or Deputy Governor
turned substantive Governor can only run for office once. The rationale behind
this is that since the President and his predecessor in office ran on the same
electoral ticket, he is only entitled to a second electoral ticket as the
Constitution delimits the numbers of times a person can run for the Office of
the President and Vice President, Governor and Deputy Governor to two.
Furthermore, allowing such a person to run more than once would amount to him
or her been sworn into office three-times, a situation which the 1999
Constitution does not provide for.

Another key amendment towards
strengthening our democracy is the Constitution of the Federal Republic of
Nigeria (4th Alteration) Act, No. 21 which amends Section 285 of the 1999
Constitution regulating the determination of pre-election matters. Undoubtedly,
there is no strong democracy without a seamless electoral process. To this end,
this amendment is very important in ensuring seamless electoral processes by
making substantive provisions for the timely hearing and determination of
pre-election matters before the conduct of elections.

Hitherto, there has not been
any law stipulating the time frame within which an aggrieved person can
approach the court for redress on pre-election matters such as the nomination,
disqualification, substitution and party sponsorship of candidates as well as
the period within which the court ought to have finally determined the suit.
This new amendment introduces six (6) new paragraphs which provide for the
specified period of time within which a pre-election matter can be instituted
and determined by the court, as well as the institution and determination of
any appeal arising from such pre-election matter. The amendment particularly
empowers the court to suspend determination of any interlocutory applications
or preliminary objections until delivery of final judgment so as to ensure that
time is not tactically wasted and the court can resolve the suit within the
specified timeframe.

CONCLUSION
It is hoped that these new
amendments would serve as a catalyst for the much needed and desired growth and
strengthening of our democracy and its institutions, although true Federalism
is still yearned for. 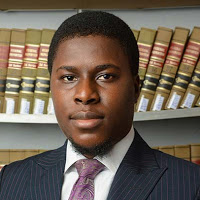 Obaloluwa Adeleke
is a Partner at Awosika Adeleke Ojo