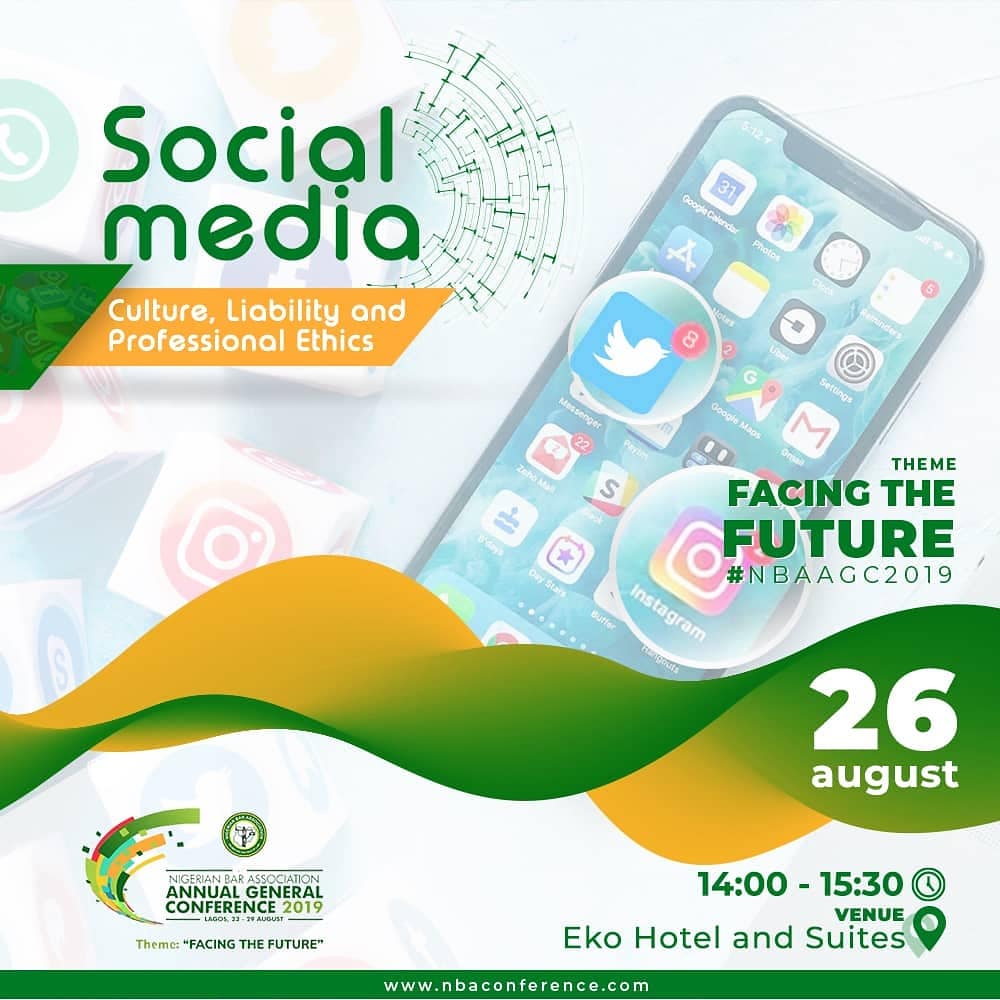 One of the greatest inventions of the modern time
is the internet whose impact on society has been hugely phenomenal. With the
internet, came social networks such as Facebook, WhatsApp, Twitter and
Instagram just to mention a few. All these collectively are referred to as
social media.

Social media are interactive computer-mediated technologies that
facilitate the creation and sharing of information, ideas, career interests and
other forms of expression via virtual communities and networks.  Social
Media has changed the way we communicate and relate with one another. It
enables you stay connected to people who may be thousands of miles away in real
time and allows us connect with others directly irrespective of location
anywhere in the world.
The
Global State of Digital 2019 report discovered that there are 98.39 million
internet users in Nigeria, compared to January 2018, there has been a 4 million
increase in the number of internet users.Despite this increase, overall
internet penetration remains quite low, with only 50% of the population
connected to the internet, compared to the global average of 57%. Of the 98.39
million Nigerian internet users, 54% access the internet on a daily basis while
only 12% (24 million) have active social media accounts. The report also found
that 3 hours 17 minutes is the average amount of time Nigerians spend using on
social media. This is higher than the global average, which is 3 hours 14
minutes.
It is
the position of law that every Nigerian is entitled to freedom of expression
and with the advent of social media and the growing number of  its users
within the country, there are numerous opportunities open to everyone to
express themselves. However, with this opportunity comes great responsibility
as many are familiar with the damage that can be caused by fake news. It is
important to note that everyone will be held accountable for the information
they share and it is important to note that a careless post on any social media
platform can incur grave consequences and liabilities. For instance, one must
ensure that a social media post is not defamatory in nature.
For
lawyers however, social media holds other problems asides being liable for
defamation and sharing false information. Due to their professional training,
lawyers are already mindful of what they say and where they say it, the Rules
of Professional Conduct (RPC) for lawyers in Nigeria places restrictions on the
use of the media and no one would want to breach the RPC for fear of the
effects it may have on their professional careers.
However,
Social media is not just a place to show off your thought
leadership in the legal world. It can also be a crucial place to engage
with your potential clients. As law firms directly communicate with the
communities they serve, social media becomes a natural way to reach people in
need and acquire new clients.
With
the high rate of internet penetration in the country and the growing use of
social media. Every business must aggressively employ the use of social media
to reach its targeted audience and market. Social media is a two-way channel
where you have an opportunity to build a rapport with your clients and
prospects.
At the
NBA – AGC, this topic will be discussed in one of the break out sessions, it is
hoped that you would be present to join the discuss.
@Legalnaija

Dele Adesina Condemns Police Assault On Female Lawyer
Can the police be used as debt recovery agents in contractual matters between parties?
The NITDA Code of Practice: A Forerunner of What is to come? | Mosopefoluwa Fayeun