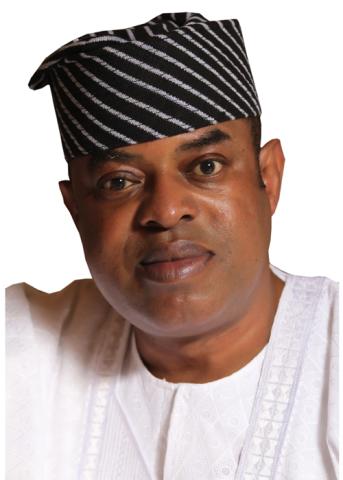 Following the recent
increase in the activities of Militants and Kidnappers in the Lagos East
Senatorial District, one of which occurred on Sunday 9th April,
2017 costing the lives of One Military Captain, Two other rank soldiers, four
policemen, and a civilian, the Senator Representing the District in the
National Assembly, Senator Gbenga Ashafa today moved a motion on “the Urgent
need for the Nigerian Police Force and other security agencies to intervene in
the increased rate of kidnapping In the Lagos East Senatorial District And
securing the waterways”.

The Senator, noted with
urgent and grave concern the recent increase in the activities of criminal
syndicates who specialize in kidnapping/militant activities in and around
communities Kosofe, Epe, Ikorodu, Ibeju Lekki Local Government Areas of Lagos
State.

Ashafa while moving his
motion, expressed concern that the activities of these criminals have forced
law-abiding residents of coastal/riverine communities of the affected
communities to flee their communities and livelihood out of fear. He sited the
example of HRM, Kabiyesi Onise of Ise, Oba Ganiyu Adegbesan who has had to
vacate the community due to the level of insecurity in the area.

While listing some of the
recent activities of the criminals, the Senator brought to the attention of his
colleagues the case of One Mr. Ademola Salami, a 42 Year Old plank dealer who
was kidnapped on Friday, 7th April, 2017 in Ise community in
Ibeju Lekki area of Lagos East Senatorial District by Seven dare devil abductors,
who escaped in a gunboat via the river.  The abductors have now demanded
the sum of 100 million Naira as ransom for his release.

In identifying some of the
challenges of insecurity faced by the communities, Ashafa noted that for the
past seven years, a divisional Police station commissioned in Ise had been a
ghost of itself as no police officers were deployed there until the recent
attack.

Laying a case for
the urgent need to beef up the strength of the marine police, Ashafa reminded
the Nigerian Senate that between April and July, 2016 there were reports of
Militant activities in some communities in Ikorodu, including Elepete, Agbede,
Ishawo and Igbo-Olomu, which led to the death of residents. These Militants’
were equally reported to have stormed the communities through the creeks using
gunboats.

As he rounded up, Senator
Gbenga Ashafa raised an alarm that the recent kidnap incidents in his district
have assumed a totally new and disturbing dimension in the sense that on 9th April,
2017 a Captain in the Nigerian Army identified as Muhammed, Two other rank
Soldiers, four policemen, and a civilian lost their lives after suspected
militants attacked Ishawo, in the Ikorodu area of Lagos State. Quoting the
Senator, he stated that “The late security operatives were responding to a
distress call after the militants stormed and kidnapped some residents of
Woodland Estate, close to the Ishawo creeks with about 10 Speedboats according
to reports relayed online. It was also reported that other innocent citizens
who were seriously injured are now receiving treatment at the Ikorodu General
Hospital.”

“The activities of
these criminal syndicates have caused untold hardship to the people of Lagos
East Senatorial district and the intervention of the Federal Government is
urgently required.”

One of the Contributors to
the debate on the floor of the Senate, Senator Joshua Lidani (Gombe South),
stated that the issue of kidnapping was not only peculiar to Lagos. He gave
examples of people including his relatives who were only recently kidnapped in
Abuja on whom ransom had to be paid to secure their release. Lidani, therefore
asked that the resolutions of the Senate on the motion be couched in a way to
cover the security of the entire country.

The Senate therefore
advised the Federal Government to direct the inspector General of Police to
immediately instruct the Commissioner of Police, Lagos State, to beef up the
strength of the task force already on ground in order to effectively secure all
the affected creeks and communities. It was also resolved that the Federal
Government should direct the inspector General of Police to immediately make
available sufficient helicopters for aerial surveillance and gunboats to the
Marine Police department of the Lagos State Police Command, in order to enable
the State Command effectively tackle the activities of the Militants. While all
Security agencies were urged to work together to secure the entire country as
the incidence of Kidnapping and other forms of insecurity had become prevalent
across board.