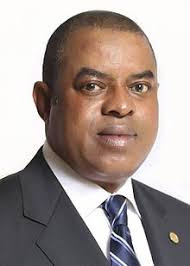 The attention of the office of the Senator
Representing the good and hardworking people of Lagos East Senatorial District
has this morning 22ND February, 2018 been drawn to a news item
published on an online news blog known as “Society Now” and captioned “AGAIN
TALKS GBENGA ASHAFA INTERESTED IN BECOMING NEXT LAGOS GOV FLOAT ABOUT TOWN”.
The Distinguished Senator Gbenga B. Ashafa hereby
uses this medium to reiterate his support for the government of his Excellency,
Governor Akinwunmi Ambode and to state that he is firmly focussed on his
assignment as the Senator representing the people of Lagos East Senatorial
District in the upper chamber of the Legislature. Senator Ashafa is equally
committed to supporting the brilliant strides of the incumbent Governor of Lagos
State and would continue to support him accordingly.
It is pertinent to state at this juncture that
only last week, on Friday 16th February, 2018, Senator Gbenga Ashafa
used the medium of his address at the closing ceremony of the Entrepreneurship
Training and Skill Acquisition program for constituents of Lagos East by his
office in conjunction with SMEDAN to further publicly drum up support for the
government of Governor Akinwunmi Ambode, noting the good works of the governor
particularly in the aspect of youth empowerment.
You would also recall that Distinguished Senator
Gbenga Ashafa equally played a very vital role in rallying the Lagos East
General Assembly of the All Progressives Congress to ensure that a vote of
confidence was passed on government of His Excellency, Governor Akinwunmi
Ambode during the General Assembly which held in Ikorodu on 4th of
December, 2017 under the leadership of Otunba Bushura Alebiosu (BUSH). At the
General Assembly, Ashafa was quoted to have hailed the exemplary leadership of
the Governor and also that the present developmental projects in the state
should be allowed to continue, describing Ambode as the most effective Governor
in Nigeria.

It has therefore come to the Distinguished Senator as a surprise that any news
medium would contemplate the possibility of him contesting against the
candidacy of Governor Akinwunmi Ambode in the 2019 general elections.
Senator Ashafa hereby urges the good people of
Lagos East and indeed all Lagosians to continue supporting the Government of
Governor Akinwunmi Ambode and also wishes to make it abundantly clear that he
is currently focused on his assignment as the Senator representing Lagos East
Senatorial District in the National Assembly.

Impact of Pornographic or Sensual Advertisements on the Consuming Populace| Akpan, Emaediong Ofoni...
Compensation for death in the workplace
REPORT: SOLVING WORLD POVERTY THROUGH MATHEMATICS (1)