Senate Summons Minister Of State For Transportation (Aviation) As Ashafa Clamours For Safety In The Aviation Sector. 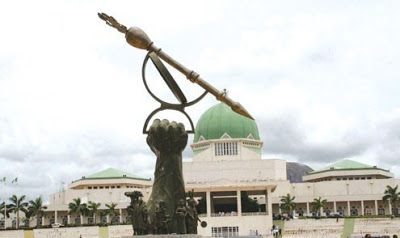 The Senate today, Tuesday, 6th of
March 2018 summoned the Minister of State for Transportation (Aviation) Sen.
Hadi Sirika, to appear before the Senate to give a full briefing on the steps
being taken to minimize human errors and avoid preventable air crashes in the
Aviation Industry.
This resolution was made following a motioned
sponsored by The Senator representing Lagos East in the Senate, Senator Gbenga
Ashafa titled “The need to minimize the possibility of Air Mishaps and near
Fatalities in Nigeria”.
Citing recent air mishaps in the aviation
industry, Ashafa expressed his concern over repeated the increased occurrences
of mishaps in the aviation sector.
In his words “The Senate Observes that on the
20th of February, 2018 the story of a near fatal incident
involving Dana Airlines with number 9J0363 hit the news waves. It was reported
that the aircraft overshot the runway upon landing at the Port Harcourt Airport,
on a flight from Abuja. This incident was attributed to the wet surface of the
runway.”

“The Senate recalls that just a few
weeks before the afore stated event, there was also panic on Wednesday, 7th of
February, 2018, when the emergency door of an aircraft conveying passengers to
Abuja fell off upon landing at the Nnamdi Azikiwe, International Airport in
Abuja.”

He further stated that these recent
occurrences might be a sign of a sequence of human errors, caused by the
failure of officials and staff of the agencies saddled with the responsibility
of guaranteeing safety to carry out their due diligence before issuing
clearance for aircrafts to operate within the Nigerian airspace.
In conclusion he said “it is against this
backdrop that it has now become imperative to move with speed and alacrity in
order to ensure that all relevant agencies in the Aviation industry do their
work with excellence and minimal human error in order to prevent avoidable loss
of human lives.
The motion which was well received by the
Senate witnessed several contributions from Senators who expressed their
displeasure at the state of things in the Aviation industry. Some Senators
further shared their personal unpleasant experiences during their travels in
Nigeria commercial airplanes.
Senators who contributed to the Motion were
Senators Stella Odua, Abdulfatai Buhari, Chukwuka Utazi, James Manager,
Jibrin Barau, Mao Ohuabunwa, Obinna Ogba, Aliyu Sabi just amongst others.
In her contribution, the former Minister for
Aviation, Princess Stella Oduah was of the opinion that “the Aviation ministry
is the most regulated ministry in Nigeria. However, the responsibility lies
mostly with the pilot.”, while Aliyu Sabi, the Senate Spokesperson was of the
opinion that a state of emergency be declared on airports across the country.
The senate which was presided over by the
Deputy Senate President, Senator Ike Ekweremade, after deliberations resolved
to invite the Minister of State for Transportation (Aviation), Senator Hadi
Sirika to appear before the Senate to give a full briefing on the steps being
taken to minimize human errors and avoid preventable air crashes in the
Aviation Industry and further urged the Honourable Minister of State for
Transportation (Aviation) to immediately direct all relevant agencies in the
aviation industry to conduct a maintenance and airworthiness audit on all
commercial aircraft operating within the Nigerian Airspace.

MUTINY UNDER THE ARMED FORCES ACT
OPINION: NYSC;Seven Sins of Davido and the Punishments under the Law- Richarmond O. Natha-Alade
Family Law Tip - What is Condonation?