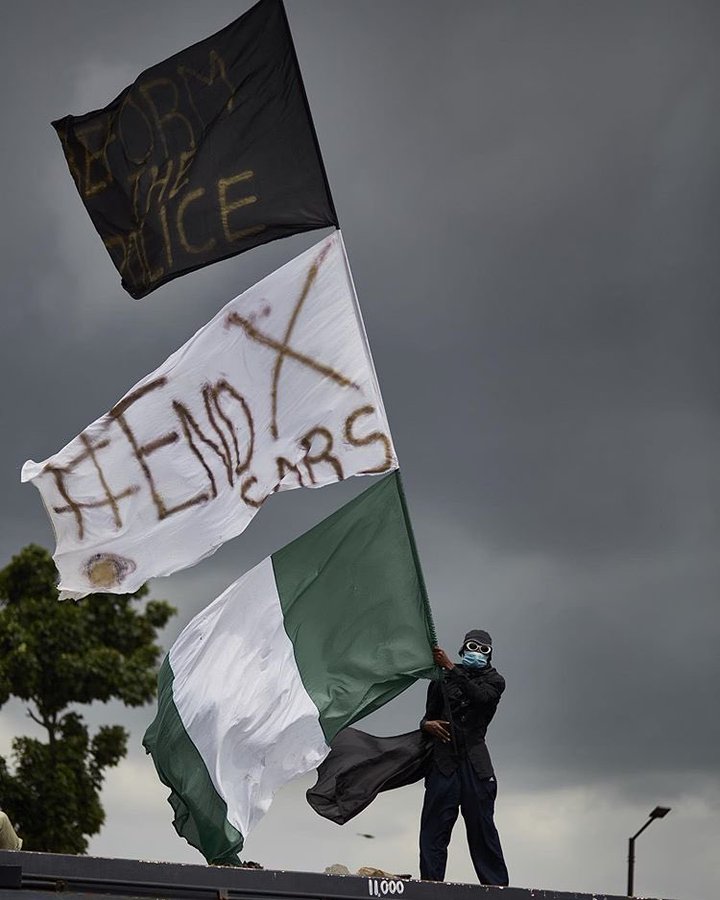 The Government of the Federal Republic of Nigeria is
guided by the fundamental objectives and directive principles of state policy
as contained in Chapter II of the Constitution of the Federal Republic of
Nigeria 1999 (as amended). The most fundamental objective and primary purpose
of any government that is founded on the Constitution shall be the security and
welfare of the people. Accordingly, the Government (including the federal and
state governments) must prioritize the security and welfare of its Citizens at
all times. This is by virtue of the provisions of Section 14(2)(b) of the
Constitution.

Section 14(1) of the Constitution provides thus:

“Section 14(1) – The Federal
Republic of Nigeria shall be a State based on the principles of democracy and
social justice.”

(a)  sovereignty belongs to the people of Nigeria from whom government through
this Constitution derives all its powers and authority;

(b)   the security and welfare of the
people shall be the primary purpose of government; and

(c)  The participation of the people in the government shall be ensured in
accordance with the provisions of this Constitution.”

The precise words of this section of the Constitution implies
that the Nigerian Government (including the federal and state governments) must
be preoccupied and concerned with the security and welfare of the citizens at
every point in time. Any Government that refuses to preoccupy itself with this
primary responsibility of prioritizing the security and welfare of the people
would therefore lack the sovereign backing of the people.

The provisions of Section 1(2) of the Constitution lends
further credence to this interpretation.
The said Section 1(2) provides thus:

“The Federal Republic of Nigeria shall
not be governed, nor shall any person or group of persons take control of
the government of Nigeria or any part thereof, except in accordance with the
provisions of the Constitution.” (underlining ours).

It is trite that sovereignty is one of the sine qua non for any legitimate
government. Any Government that does not possess or cannot trace its sovereignty
is at best, a puppet government as it lacks the autonomous quality to operate
as a State strictu sensu.

However, this does not mean that the provisions of
Chapter II are hereby rendered academic and of no practical purpose. The Courts
are set up to determine civil rights and obligations of Nigerian Citizens.
(Please see Section 6(6)(b) of the Constitution). However, as earlier
established, sovereignty is vested in the people by virtue of the Constitution
and it is through this Constitution that the Government exercise all authority
and powers which it purports to have. It has also been established that
sovereignty is a fundamental element which every government must possess before
it can purport to operate as a state.

Therefore, this writer submits that any Government
which cannot confidently tick all the important boxes contained in Section 14
of the Constitution is an unconstitutional government. For the avoidance of
doubt, any Nigerian Government which cannot boast of:-

a.     being based on the principles of
democracy and social justice or which does not listen to the wishes of the
people; and

b.     placing premium on the security
of welfare of the people at all times; and

c.      allowing the people to directly
participate in the government in accordance with the provisions of the
constitution;

is an illegitimate government and one does not need
the Courts to invoke its judicial powers under Section 6 of the Constitution to
declare it as such. Another fundamental element of statehood (apart from
sovereignty) is equal recognition by other states.  A Government which purports to be an
autonomous government needs to be recognized as such by other sovereign
Governments else that Government will not be seen by the international
community as the machinery of the state through which the will of its people is
formulated. Such a Government which is not afforded sovereign status in the
international community will find it difficult protect the interests of its
people.

Therefore, any Nigerian Government which cannot show
that it can confidently secure the lives and properties of citizens within its
territory has no business in parading itself as an autonomous government. In
addition, when such government is notorious for abusing the principles of
fundamental principles of democracy and social justice, such a government
stands the risks of losing its statehood in the international community.

Examining Security and Human Rights Issues in Nigeria’s Extractive Industry
Is the citizen's right to Legal Representation in Nigeria suspended by the Covid-19 Regulation?
ADMINSTRATION OF CRIMINAL JUSTICE LAW IN FEDERAL COURTS