Role of a Lagos State House of Assembly Member 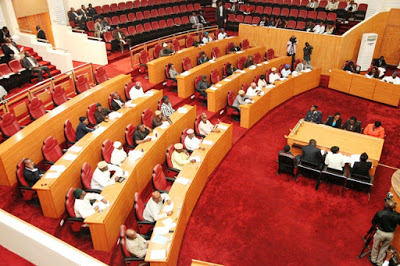 Any
eligible voter can run as a candidate for election to the Lagos State House of
Assembly. Members generally serve in government or in opposition and act in
agreement with party policy, although membership in a political party is not an
official requirement of elected office. If a member changes parties or chooses
to sit as an independent, he or she is not required to resign.
Members
are elected to represent the specific interests of their constituents but are
also representatives of the their local government and must consider
their needs as a whole. Whatever their political outlook, and regardless
of which side of the Assembly they sit on, members’ duties and obligations are
considerable.
Responsibilities in the Assembly
The
Lagos State House of Assembly was created to provide certain services for the
good of Lagosians. Each service has various standards that must be met; for
example, whenever the appropriation of a bill is passed on to the house they
must ensure that estimates are critically analysed and resources are
distributed in such a way those in need are put in priority. They must also
ensure that the money budgeted is efficiently utilized judiciously as intended.
When it comes to law making, the House of Assembly must ensure the laws are passed
with the positive interest of Lagosians at heart. The laws must also be
practical and implementable over a long period of time.
In the case of
legitimizing of a political candidate for office the House of Assembly must
pick an individual who is well qualified and possesses the skills needed for
the position. Members of the public are allowed to express their opinions of
this candidate in the House of Assembly form petitions and all these petitions
must be read and put into consideration before appointing the candidate for a
public office. When members of the public send in petitions to the House of
Assembly regarding various issues, the Committee Secretary of the House of
Assembly is given a 48-hour limit to respond to these petitions leaving behind
his name, position and contact information. Formal petitions will receive
responses within two weeks of the day it was issued.
The
House of Assembly recognizes that every Lagosian has the right to peacefully
protest, therefore part of the House of Assembly’s responsibility is to ensure
that the citizens’ rights are protected. Furthermore the House of Assembly is
entrusted with the responsibility of overseeing the activities of ministries,
departments and agencies (MDA’s), through committees. These committees conduct
semi-annually and annually inspections on the books of MDA’s in order to ensure
they are complying with the rules and laws that have been put in place; any
defiance of the law is punished accordingly. Lastly, another service they
provide is publication of hanzards, these are word for word reports of the
proceedings in the House of Assembly and they are made available to the general
public for a fixed fee.
Responsibilities in the Constituency
Due
to their knowledge of services offered by various levels of government and
community groups, members are uniquely qualified to help constituents resolve
their problems.
Members
need excellent interpersonal skills to understand and defend their
constituents’ interests. They may need the skills of a social worker to
effectively solve constituents’ pressing personal problems. Members often act
as a mediator to resolve a clash of interests within their constituencies or
between their constituents and other groups. They may have to advocate on
behalf of the community or explain the provisions and effects of proposed
legislation. They are often called upon to play a public role during local
events and ceremonial occasions.
Contacting Members in Their Constituencies
Every
member maintains at least one constituency office that they work from when the
Assembly or its committees are not in session. Contact information for a
member’s constituency office can be found  here

Tenure of seat of Members

In
line with Section 105 of the Constitution of Nigeria, the life of an Assembly
is four (4) years commencing from the date of the first sitting of the House. Section
109 (1) however states the conditions that could make a Member vacate his/her
seat in the House as follows:
Ed’s Note: This post was originally
published here