The above decision has been followed
and adopted in T. Oseni v. Brossettee Nig. Ltd. (1981) Jan/March CCRCJ 310-320, The
Shell Petroleum Development Company of Nig, Ltd v. Chief George Uzoaru & 3
Ors (For themselves and as representing the UMUNNAKA UKWU Village of OGUTA)
(1994) 9 NWLR (Pt. 366) page 51, OPUTA,J.S.C.’s BOOK OUR TEMPLE OF JUSTICE.
These past months, I have noted with
concern that some lawyers have been intimidated by the media, and even booed at
public fora for defending some persons in the “corrupt political class”. Such
conduct by the members of the public is sheer ignorance and a betrayal of
proper understanding of the calling of a lawyer’s profession. A lawyer as a
professional does not and should not act on the sentiments of the public in the
execution of his duties but should apply the law and ensure its application is
proper towards his client in every case he conducts while upholding his most
paramount duty to the cause of justice. A lawyer is not a liar, He only ensures
the other party properly elicits the truth!
IN
CONCLUSION
While a lawyer can professionally, and is in
fact encouraged to, represent a guilty man, He need not be a liar covering up or
misrepresenting facts to do so. Representing a guilty man is not unprofessional
but misrepresenting facts to the court is. Therefore, as response to the “lawyers
are liars” rhetoric, I adopt the position of Honorable Justice Belgore JCA (As he then was) in P.I.P.C.S. Ltd v. Vlachos (2008) 4 NWLR
(Pt. 1076) 1 at P. 17, when he said
“Counsel must be conscientious in the
performance of their duties. They owe it a duty to assist the court to arrive
at a just decision and they must not set out to confuse the court in order to
satisfy their clients for a paltry sum. Unless lawyers perform their duties by
the dictate of their calling and conscience, the public (layman’s) perception
of lawyers as liars will never change.
I must state, and with all emphasis, that lawyers are not liars, but honourable
gentlemen who are trained to assist litigants and the court. Their first duty
is to the court as ministers in the temple of justice.” 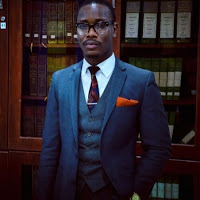 LAWYER ASKS COURT TO SET ASIDE 2019/2020 NDDC BUDGET SUBMITTED BY BUHARI TO NATIONAL ASSEMBLY OVER N...
NEED FOR INCLUSION OF MINORITIES IN NIGERIAN BAR ASSOCIATION’S LEADERSHIP culled from The Guardian o...
A Review Of The Maritime Sector In 2016 | Osinuga Damilola