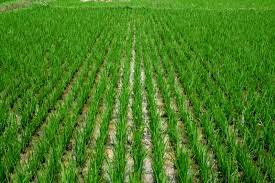 Nigeria is the world’s, and
therefore also inherently, Africa’s most populous black nation with a
population of over 175 million people.  As
a result, it should come as no surprise that the demand for rice in Nigeria is extremely
high. However, Nigeria does not produce enough rice to meet the high demand
that is present.


Economics dictates that when
demand for a particular good in a domestic economy is higher that the supply,
the country will import from the world market. This is exactly what Nigeria has
been doing in order to satisfy the gap between the domestic supply and domestic
demand. At the moment, Nigeria is importing rice from countries such as China.
One of the biggest issues that have been raised about this is the poor quality
of the rice that is being imported.
There are several problems that arise as a
result of this. For example, there is the issue of local producers losing the
motivation to produce.  When a country
introduces goods from the world market, that inherently means that the price at
which the foreign goods will be sold at are going to be lower than the price at
which local producers would be selling the goods at. This may seem beneficial
for the consumer, however, on a larger scale, this is extremely detrimental to
the economy of the country as a whole.
The Central Bank of Nigeria
has put a large emphasis on agriculture because they are aware of the potential
that agriculture has within the country. With oil at number one, agriculture is
Nigeria’s second largest source of income; so as a result, the Nigerian
Government has invested a lot in it. Aliko Dangote, Africa’s richest man has
invested $300 million in agriculture. This emphasises the effect the
agriculture has in Nigeria. Dangote successfully manages a conglomerate that
has essentially monopolised sugar and cement in Nigeria. For him to invest such
a large amount in agriculture may be the boost that Nigeria needs to try and
veer away from oil that it has relied on so heavily over the past decades. 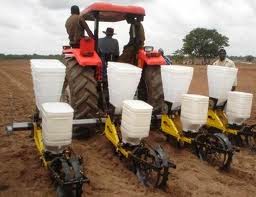 According to Index Mundi, 63.1
percent of Nigerians are under the age of 25. Also bearing in mind Nigeria’s
incredibly large population, this is approximately 110 million people all under
the age of 25.  The World Bank shows that
50 percent of Nigeria’s population lives outside of cities in the rural parts
of the country. Although statistics are just statistics, it seems fair to
assume that there is plenty of opportunity to farm. With almost 40 percent of
people above the age of 15 that cannot read, it is fair to assume that these 70
million people must make a living somehow. The information shown above is
evidence that shows a large opportunity for people in Nigeria to farm. The use
of the metaphor “killing two birds with one stone” is very applicable here.
There is large population that needs to make a living through menial manners
and there is also a large demand for rice in the country.
I believe that rice
production can liberate youths in rural Nigeria as it is a task that doesn’t
necessarily need any form of formal education. Over a period of five years, I
envision Nigeria’s unemployment rates amongst the youth plummeting from 54% in
2012 to below 10 percent by 2020. People may argue that in
doing so, Nigeria would not be actually helping itself but providing an
incentive to not be educated. Although I understand how this is a valid
criticism, it overlooks the fact that there are approximately 80 million youths
in Nigeria that are not in any form of education. There are methods to improve
Nigeria’s education system in place, however we are making the assumption that
these people out of education want to be educated. Education is not for all
people and some of these youths may choose not to be in education. With this in
mind, we cannot simply leave them by the wayside; we must provide them with
vocational tasks such as farming.
What I therefore propose is
that the Nigerian government provides workshops in the rural parts of Nigeria
where they teach entrepreneurship in farming. If the government is able to
educate the youths that have dropped out of school in vocational jobs such as
farming, this would greatly impact the youths of Nigeria and Nigeria as a
whole. At the same time, these people are uneducated youths and therefore are
clearly susceptible to being manipulated by others around them. This is the
reason why I believe that the government should have entrepreneurship workshops
that allow the youths to learn how to manage their finances and increase their
crop growth.
It is essential that the
youth farmers are aware of how to manage their finances properly. However, many
farmers are financially excluded and are not utilising their assets properly.
The Nigerian government could set up miniature farmer’s business classes as
part of the entrepreneurship workshops that teach farmers more agronomic
methods on how to grow their crops. The cost needed to train someone on how to
manage their finances and how to harvest in the most efficient manner is a mere
N3000 per person. Alternatively, the
Nigerian government could host an outreach programme in which they have several
teams that accumulate youths outside of education in the local areas and run
workshops and hold lectures on how to farm in the most efficient way possible.
In conclusion, I believe that
producing rice is a method by which youths in Nigeria that are not in formal
education, can easily maintain a sustainable lifestyle for the future. I
believe that if Nigeria were to utilise the millions of youths that are
available to farm to their fullest potential, Nigeria would be able to reduce
its imports and actually increase its exports.
By: Peter Akindele
Akindele is a 16 year-old student at African Leadership Academy. He
recently won the Sylvia Trott Prize for Languages for his achievements
in foreign languages, gaining A*A*A*A in Japanese, French, Spanish and
Mandarin respectively.  He has been nominated to receive the Lord Lexden
Academic Achievement Award at the House of Lords in March 2014.

PUSAN MILESTONES: Promoting Gender Balance in the Legal Profession
Getting the clients and winning the pitch...a note for lawyers! by Abayomi Okubote
Modern Trends In Evidence : Gathering And Presenting Evidence In The Digital Age.