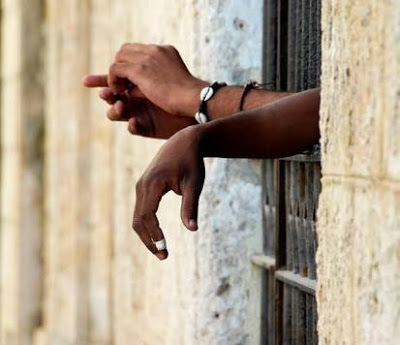 Many a-times I have heard of suspects being arrested by the police and detained for over 24 hours without charging such a person to court and most of these offences are usually not even capital offences. The law provides that upon arrest of a suspect, such person is to be charged to court within a reasonable time or released on bail. Our laws do not allow suspects to be locked indefinitely without trials, our laws do not allow for the barbaric act of denying a person his/her fundamental human rights and such cruel acts when done by the police must be spoken against.
However, anyone who finds himself/herself in such a situation I recommend should instruct a lawyer who will represent them in court and ask such lawyer to apply for bail on their behalf in court. This is allowed by the provisions of Section 32 of the Administration of Criminal Justice Act (2015).

The provisions of the aforementioned law provides that –

(1) Where a suspect taken into custody in respect of a non-capital offence is not released on bail after 24hours, a court having jurisdiction with respect to the offence may be notified by application on behalf of the suspect.
(2) The court shall order the production of the suspect detained and inquire into the circumstances constituting the grounds of the detention and where he deems fit, admit the suspect detained on bail.

(3) An application for bail under this section may be orally or in writing.

Moreover, the Nigerian Constitution provides in Section 36 that every Nigerian is entitled to a fair hearing. Furthermore, everyone is deemed innocent until proven guilty. Therefore the act of unlawfully detaining suspects is one that must be discouraged and done away with. Maybe if more Nigerians sued to protect their fundamental rights we may use gotten part this but a lot of Nigerians do not believe in the court system as it is.
Nigerians however who do not have access to legal representation may not be able to take advantage of this law, that is why the State must provide free legal counsel and representation to detained suspects who cannot afford same. I know the Legal Aid system already provides such services to detained suspects usually termed as those awaiting trial but I hope that with a renewed drive by the government this will be more available to others. A great advantage of this is that it will help to decongest our prisons and allow a better administration of justice.

Whats Fair and Reasonable? by Jacinta N. Obinugwu
Jurisdiction Of The State High Court And The Investments And Securities Tribunal Vis-À-Vis Disputes ...
The Incursion of Multi- Disciplinary Firms – Any Regulation