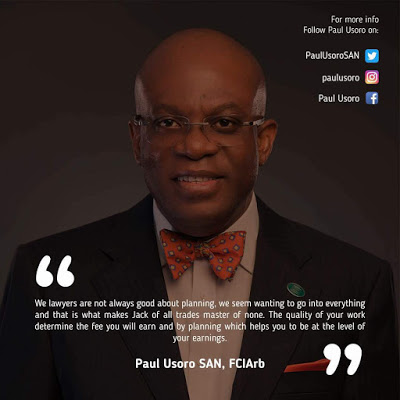 Contributing Factors (I):
Contracting Market for Legal Services
It is axiomatic that one cannot
give what he does not possess or have.  Ironically, most lawyers only
apply that saying to intellectual matters forgetting or ignoring the fact that
it applies just as well to economic circumstances.  The senior lawyer or
firm that is earning little cannot afford to pay their younger colleagues any
reasonable income.  Why do some lawyers and firms earn such poor income?
Several factors account for this and one of these is the contracting size
of the Nigerian legal services market.  This contraction which has
insidiously been creeping in on us over the years is caused, in part, by the
unceasing, widespread and unregulated encroachment into the Nigerian legal
services market by Nigerian non-lawyers as well as foreign lawyers and law
firms.
At the very base level, the level
which affects most lawyers whether in the urban or rural branches, there is,
illustratively, serious and persistent encroachment by non-lawyers and touts
into the legal services market as it relates to land transactions, to the
detriment and disadvantage of lawyers.  Lawyers in literally all branches
of the NBA, both cosmopolitan and provincial branches (a term that was
generously donated recently to me by the Okitipupa NBA Branch), feel the impact
and brunt of and lament these encroachments.  At the upscale level,
in-house counsel positions in multinational companies are increasingly being
taken over and occupied by foreign lawyers who have not been called to the
Nigerian Bar and are not licensed to practice or offer legal services in
Nigeria.