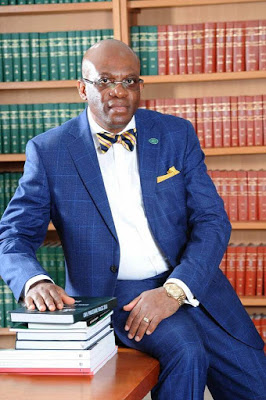 There is the need to review the existing committees and determine which of them is ad-hoc in nature – my review of their terms of reference suggests that most if not all of them are – and may have completed their tasks and ought to be wound up and whether there is the need to rationalize those of them that may not be ad-hoc in nature and reconstitute them into functional standing committees. In that regard, we must not confuse committees with Sections, Fora, Institutes and Teams (such as Prosecution Teams) and Task Forces. For want of a better illustrative comparison, Sections, For a and Institutes are similar to divisions of companies that are created or constituted for carrying out specific functions. They do not exercise oversight responsibilities over the executive management in the same way that governance committees (such as Audit and Finance Committees) do neither do they formulate governing policies for the organization.

To avoid the deprecatory blurred lines of responsibilities, roles and reporting lines that was highlighted in the KPMG Report, it would be critical and required that the functions and responsibilities of the afore-listed four organs of the Association – NEC, the elected part-time National Officers, the Standing Committees and the Executive Management – be well, properly and unambiguously defined and delineated.  In that regard and in conformance to corporate governance standards, there would need to be a published delegation of authority policy document that would define the authority and approval limits of the various organs and officials of the Association (both the elected National Officers and the executive management).
I must mention here that NEC has a critical role to play in supervising the elected National Officers and by extension the executive management of the Association. Well structured, the quarterly NEC meetings provide the forum for the elected National Officers to render reports and accounts to NEC on their stewardship and the activities of the Association.  The discussions at such NEC meetings ought to be sufficiently robust, penetrative and rigorous to keep the elected National Officers and executive management constantly on their toes in the performance of their functions.  NEC members should have the benefit of receiving and reading in advance, not less than two weeks to the NEC meeting dates, well-prepared and well-articulated NEC-Memos and Reports on each of the agenda items.  Oral reporting on any agenda item, while permissible, should be actively discouraged; only oral adumbration of reports and memos should be routinely allowed.  The responsibility for ensuring that the right caliber of representation attend NEC meetings primarily falls on the branches save for the coopted members who are usually nominated by the President and approved by NEC.
To gain full value from such a restructured corporate governance structure, complete with the defined roles of the various organs, it would be imperative that it be accompanied with and by several other reform initiatives some of which are addressed in the succeeding parts of these Reflections. The gains from these reform initiatives are, in my view, unquantifiable.  Just think of the efficiency level of a well-run, well-oiled, properly structured and organized institution, be they a business concern or a professional association or a non-governmental organization or an international agency. That is the efficiency level that the NBA should be striving towards and which we could attain if these reform initiatives are properly and faithfully implemented.
More than that, we would be on the pathway towards the institutionalization of corporate governance standards which would lead to increased efficiency, transparency and accountability in the running of NBA affairs.  By employing adequately skilled and qualified personnel as part of the executive management and empowering them to handle the day-to-day affairs of the Association and maintain proper records, professionalism will be enthroned – and the records that would constitute the institutional memory of the Association would be well kept, maintained and preserved.  This will be elaborated upon in the subsequent pieces of the Reflections series. With the rationalization of the executive roles of the elected National Officers and offices, we may begin to see less of the rat-race by our members to occupy elected National Officers positions and, in the process, we would develop a far more wholesome process for the election of NBA officers.