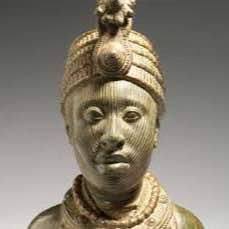 I wonder at some sons of Yoruba race and their penchant for self destruction, deceit and falsehood. I also wonder where to locate the fault? In them or in their stars? When will patriotism begin to guide our aspirations? Lies, lies and deliberate lies all because of politics!!! Where lies our integrity and honour not just as Lawyers but more importantly as “omoluabis”?
I just read the post by one Adebayo Orekoya titled “NBA 2020 Elections: Why the lopsided adoption by a faction of Egbe Amofin  does not represent the decision of majority of the South West Bar”. It is very saddening that Mr Orekoya intentionally fabricated lies about the Egbe Amofin Oodua’s meeting of December 14th,  2019 and deliberately  mis-informed his readers just to achieve a selfish and pre-determined intention. Few questions for you my dear Mr Orekoya.

1) Where were you in August 27th, 2019 when both leaders and followers of Egbe Amofin resolved unanimously at their lkoyi Lagos meeting that they were going to field ONLY one candidate for the 2020 NBA Presidential election to remedy the mistakes of 2014?

2) Where were you in October 26th, 2019 when Egbe Amofin congregated at Aare Afe Babalola SAN Bar centre lbadan and after exhaustive deliberation resolved and constituted the 26 Chairmen of the South West NBA branches into a Committee headed by Chief Niyi Akintola SAN to screen and recommend one person in accordance with the earlier decision of August 27th 2019?

3) Were you aware that 4 people indicated their interests to run for the office of NBA President at the meeting and that all of them supported the setting up of the Committee with clear undertaking by each of them  to abide by the decision of the Committee and the house on the matter?

4) Are you aware that in line with the undertakings, some aspirants, men of honour  and integrity in the over all interest of Yoruba Lawyers  have stepped down in honour of their promise?

6)You talked about a faction of Egbe Amofin,  but you failed to name the other faction nor present any fact to substantiate your false and fertile imagination

8) Are you aware that all the branches of Nigeria Bar Association in South West were present at the meeting including Yoruba lawyers practising outside the South West region?
.
9) From the Body of your write up, you were no doubt happy at the similar decision of 2008. Do you remember that the 2008 decision was based on the recommendation of a Committee  composed of only 3 members under the Chairmanship of Chief Bayo Aluko-Olokun SAN?

10) You probably chose not to remember that in 2002 a similar Committee was composed of 3 members with Chief Adigun Ogunseitan as Chairman and their decision was respected by Yoruba lawyers. The other aspirant Mr Segun Onakoya who rebelled against the decision failed woefully at the poll.