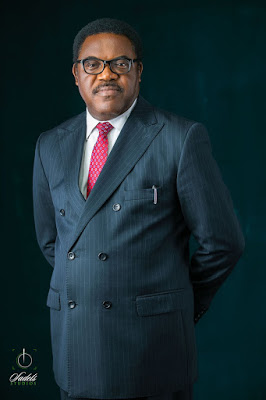 Information has it that Mr Emperor Ogbonna, a Legal Practitioner in Aba, Abia State, was arrested sometime in March and arraigned before Magistrate Court 7, Umuahia on March 24, 2020. He was charged with an allegation of cyber-crime and terrorism in Charge No. U/144C/2020. He was said to have been remanded in custody by the Magistrate Court until he was brought before the Federal High Court, Umuahia exactly a month later on April 24, 2020.
The Federal High Court, Umuahia granted him bail on Tuesday, April 28, 2020 and according to the leaders of the Bar in Aba, the bail was subsequently perfected. Notwithstanding, the men of D.S.S. Abia State were said to have re-arrested him and put him in detention.
We call on the men of the D.S.S. in Abia State to speedily release Mr Emperor Ogbonna without any further delay in obedience to the Federal High Court Order granting him bail. Under the law and the Constitution of this country, bail is a constitutional right. And in the strong words of the same Constitution, Mr Emperor Ogbonna is innocent of the offences charged until his guilt has been established before a competent Court of Law. Furthermore, let it be stated that the Constitution of the Federal Republic of Nigeria 1999, as amended does not leave anybody in doubt as to the position of the rights of Nigerian citizens, both the conformist and the non-conformist.
In a Constitutional Democracy such as ours, the law is no respecter of persons and Orders and Judgments of Courts of competent jurisdiction must be obeyed and speedily too. We call on the Honourable Attorney-General and Commissioner for Justice of Abia State, Uche Ihediwa Esq., to bring the weight of his Office to bear on this matter and ensure that the needful is done and justice dispensed to all parties concerned.
Dele Adesina SAN