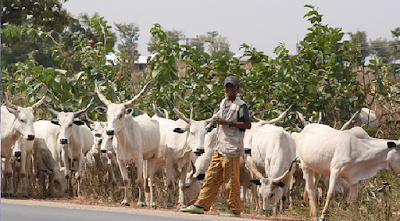 The National Assembly is
currently examining a Bill sponsored by Senator Barnabas Gemade, seeking to
establish the National Ranches Commission for the regulation, management,
preservation and control of ranches throughout Nigeria.
According
to the Minister of Agriculture and Rural Development, Audu Ogbeh, the 2011 National
Agricultural Sample Survey indicated that Nigeria was endowed with an estimated
19.5 million cattle, 72.5 million goats, 41.3 million sheep, 7.1 million pigs
and 28,000 camels. Accordingly, the minister said the country had 145 million
chickens, 11.6 million ducks, 1.2 million turkeys and 974, 499 donkeys.
According
to the above statistics, Nigeria is one of the leading countries in Africa in
regard to livestock, however, the above number is still not able to meet the
national demand. It is hoped the proposed ranching style being proposed by the
Bill will aid in adding value to the livestock farming industry in the country.
The Bill in its first
section provides for the establishment of the commission, while Sections 2
& 3 provide for the officers of the commission, consisting of a Chairman
and other members who shall hold office for a period of 4 years.
The functions of the
commission are found in Section 6 of the proposed bill.  It provides that the duties of the commission
shall be charged with the  –
a.      Establishing, controlling, managing
and maintaining all National Ranches established by the Act.
b.     Constructing dams, roads, bridges,
fences and such infrastructures as may be considered necessary for the purpose
of the ranches.
c.      Determining the number of ranches to
be established by state
d.     Conserving and preserving the natural
state of ranches.
e.      Ensuring the preservation and
protection of any objects of geological, archeological, historical, aesthetic
or scientific interests of the ranches.
f.        The development of facilities and amenities
within the ranches.
g.     Fostering in the mind of the public,
the need to establish and develop ranches for the preservation of lifestock.
h.
Doing
other things incidental to its functions.
Further provisions of the
Act establish how the Commission will be run in regard to its powers to accept
gifts and borrow funds. Section 14 particularly states that the Commissions
hall maintain a fund for its functions and shall present its expenditure to the
Minister of Agriculture.
It is worthy to note that
the Act contains a Pre-Action Notice in Section 24 which provides that the
Commission shall be a month’s notice before legal proceedings can be instituted
against the Commission.
Furthermore, Section 22,
of the Bill provides against land encroachment on the Ranches. The Bill further
prohibits bush burning and hunting on the Ranches as well. The Bill in Section
23, provides that anyone who contravenes the provisions of the Bill shall be
liable on conviction to a fine of N50,000
(Fifty Thousand Naira) or imprisonment for 5 years or both.
The Propose Bill also
contains a supplementary provision which provides for the proceedings of the
commission.
Adedunmade
Onibokun
Adedunmade
is a lawyer and blogger. He practices in Lagos and publishes the law blog
www.legalnaija.com. You can reach Adedunmade on dunmadeo@yahoo.com
Ed’s Note – This article was originally published here.