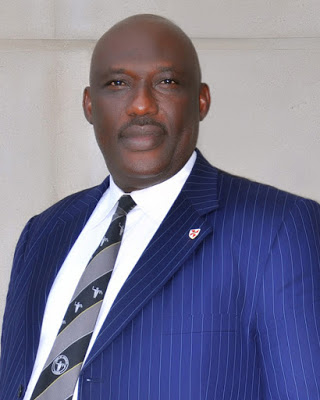 Called to the Nigerian Bar
in 1986 and enrolled at the Supreme Court of Nigeria the same year, Chief J-K
Gadzama was appointed Notary Public in June 1996 and elevated to the worthy
rank of a Senior Advocate of Nigeria (SAN) in 1998. His professional experience
spans a vast area of adjectival/procedural and substantive law. A worthy
professional par excellence, he has been external Solicitor to several
Merchant, Commercial, Development and Industrial Banks; adviser to major
multinational corporations and indigenous companies and organizations and
network of individuals in Nigeria. He was the lead Counsel to the Independent
National Electoral Commission (INEC), and also was the Chief Legal Counsel to
Peoples Democratic Party (PDP).
He is registered with the
Securities & Exchange Commission (SEC), Abuja as a Capital Market
Consultant and was a partner in the legal consortium of Legal Advisory
Partnership (LAP), comprising foreign and indigenous lawyers charged with the
responsibility of providing legal services to the Bureau of Public Enterprises
(BPE) Abuja, from April 2004 to July 2007. Aside this very important
assignment, he is a Legal Consultant to Bureau of Public Enterprises (BPE), the
Secretariat of the National Council on Privatization (NCP), chaired by the Vice
President of the Federal Republic of Nigeria.
Chief J-K Gadzama has been
recognized in the international scene, as his expert opinion on the nature of
damages recoverable under Nigerian Law, was recently in 2015 sought in
Toulouse, France before The Tribunal De Grande Instance De Toulouse. He has
been recognized by Intercontinental Finance Magazine (ICFM) in 2015 as one of
the 500 best lawyers in the world. He is also featured on Who’s Who Legal as an
Arbitration Expert. He was recently appointed Liquidator to wind up the Power
Holding Company of Nigeria ( PHCN) PLC and also provide Legal Advisory Services
for the winding up proceedings.
Due to his Anti-corruption
posture, he was appointed the Chairman, Legal Team of Economic and Financial
Crimes Commission (EFCC) and he was also Chairman, National Working Group on
the Rome Statute constituted by the office of the Honourable Attorney General
of the Federation.
Until recently, Chief
Gadzama was a Federal Commissioner/Board Member with the Infrastructure
Concession Regulatory Commission of Nigeria (ICRC), Board Member, Diamond
Pension Fund Custodian and Board Member, University of Benin Governing Council.
Ed”s Note – Culled from www.gadzama.com

You can sue for a breach of promise to marry
PROFILE:- CHIEF WOLE OLANIPEKUN, OFR, SAN, FCIArb
HOW TO BE A MORE EFFECTIVE LAWYER by Simon Harper