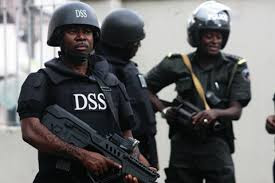 According to Wikipedia, National security is a concept that a government, along with
its parliaments, should protect the state and its citizens against all kind of
“national” crises through a variety of power projections, such
as political power, diplomacy, economic power, military might, and so on.
Nigeria like every other
nation has Security Agencies in addition to the Police and the Armed Forces.
For instance the United States of America has the Federal Bureau of
Investigations (FBI), the Department of Homeland Security and the Central
Intelligence Agency (CIA). The United Kingdom also has MI6. Likewise Nigeria
has its own agencies with similar duties as the agencies stated above.
These agencies are provided for in the
National Security Agency Act. The Act is An Act to
disband the Nigeria Security Organization and to create three security
agencies, charging each with the conduct of the relevant aspect of the national
security, and other related matters.
The Act states that
–
There
shall, for the effective conduct of national security, be established the
following National Security Agencies –
(a)       the Defence Intelligence Agency;
(b)       the National Intelligence Agency; and

(c)        the State Security Service (SSS).
The respective agencies
also have their duties outlined. Section 2(1) of the Act provides that the
Defence Intelligence Agency shall be charged with responsibility for-
(a)  the
prevention and detection of crime of a military nature against the security of
Nigeria;
(b)the
protection and preservation of all military classified matters concerning the
security of Nigeria, both within and outside Nigeria;
(c) such other responsibilities
affecting defence intelligence of a military nature, both within and outside
Nigeria, as the President, or the Chief of Defence Staff, as the case may be,
may deem necessary.
Subsection 2 of the
Act provides for the duties of the National Intelligence Agency and states that
it shall be charged with responsibility for-
(a) the general maintenance of the security of
Nigeria outside Nigeria, concerning matters that are not related to military
issues; and
(b)such other responsibilities
affecting national intelligence outside Nigeria as the National Defence
Councilor the President, as the case may be, may deem necessary.
Furthermore Subsection 3
provides for the State Security Service and provides that, The State Security
Service shall be charged with responsibility for-
(a) the prevention and detection within
Nigeria of any crime against the internal security of Nigeria;
(b) the protection and preservation
of all non-military classified matters concerning the internal security of
Nigeria; and
(c)such other responsibilities
affecting internal security within Nigeria as the National Assembly or the
President, as the case may be, may deem necessary.
The National Intelligence
Agency is Nigeria’s version of the Central Intelligence Agency, while the State
Secret Service (SSS) is Nigeria’s version of the FBI.  The Act States in Section 4, that the powers
of these agencies shall have effect regardless of any law to the contrary. It
should be noted that the exception to this provision will be the Constitution
of the Federal Republic of Nigeria.  However,
the Supreme Court noted in Dokubo -Asari
v. F.R.N. (2007) ALL FWLR (Pt. 375) 558 at 585; Paras B – E & F – H (SC),
that “where national security is threatened or there is the real likelihood of
it being threatened, human rights or the individual right of those responsible
take second place. Human rights or individual rights must be suspended until
the national security can be protected or well taken care of”.
This rule of law is not
new as the court further posits that, “the corporate existence of Nigeria as a
united, harmonous, indivisible and and indissoluble sovereign nation, is
certainly greater than any citizen’s liberty or right. Once the security of
this nation is in jeopardy and it survives in pieces rather than in peace, the
individual’s liberty or right may not even exist”.
The Act also makes provision for 2 advisory
councils namely The National Defence Council and The National Security Council,
while also providing for their duties and functions.
The above mentioned
agencies are established by the Act to promote and protect the National
Security of Nigeria.
Adedunmade Onibokun Esq.
@adedunmade
dunmadeo@yahoo.com
Photo credit – Premiumtimesng.com

Caroline Ibharuneafe commiserates with the NBA over the demise of Chief M.A. Ajomale
MUSIC SATURDAYS - Who is @kinggfefe
Legal & Commercial Issues in International Project Finance By Adetutu Oluwaseyi