POWERS AND CONDUCT OF NIGERIAN POLICE

Section 214.(1) of the 1999 Nigerian constitution provides that:
There shall be a police force for Nigeria, which shall be known as the Nigeria Police Force, and subject to the provisions of this section no other police force shall be established for the Federation or any part thereof.

(2) Subject to the provisions of this Constitution –

(a) the Nigeria Police Force shall be organised and administered in accordance with such provisions as may be prescribed by an act of the National Assembly;

(b) the members of the Nigeria Police shall have such powers and duties as maybe conferred upon them by law;

(c) the National Assembly may make provisions for branches of the Nigeria Police Force forming part of the armed forces of the Federation or for the protection of harbours, waterways, railways and air fields.

The Police Act is an act to make provision for the organisation, discipline, powers and duties of the police, the special constabulary and the traffic wardens. [1967 No. 41.] [1st April, 1943].
According to the Police Act, the duties of The police shall be the prevention and detection of crime, the apprehension of offenders, the preservation of law and order, the protection of life and property and the due enforcement of all laws and regulations with which they are directly charged, and shall perform such military duties within or outside Nigeria as may be required of them by, or under the authority of this or any other Act. 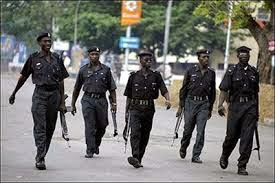 The Code of Conduct and Professional Standards for Police Officers is to provide all members for the Nigeria Police Force with a set of guiding principles and standards of behaviour while on or off-duty.

A Primary Responsibility of a Police Officer is to act as an official representative of government who is required and trusted to work within the law. The fundamental duties of a police officer include serving the community, safeguarding lives and property, protecting the innocent, keeping the peace and ensuring the rights of all to liberty, equality and justice; In performing duties, a police officer shall perform all duties impartially, without favour of affection or ill will and without regard to status, sex, race, religion, political belief or aspiration. All citizens will be treated equally with courtesy, consideration and dignity. They will conduct themselves both in appearance and composure, in such a manner as to inspire confidence and respect for the position of public trust they hold.

Discretion – a Police officer will use responsibly, the discretion vested in his position and exercise it within the law.
Use of Force – a police officer will never employ unnecessary force or violence and will use only such force in discharge of duty, as is reasonable in all circumstances.
Confidentiality – Whatever a police officer sees, hears or learns which is of a confidential nature, will be kept secret unless the performance of duty or legal provision requires otherwise.
Integrity – a police officer will not engage in acts of corruption or bribery, nor will an officer condone such acts by other police officers. The public demands that the integrity of police officers be above reproach.
Cooperation with other Police Officers and Agencies – Police officers will cooperate with all legally authorized agencies and their representatives in the pursuit of justice.
Personal Professional Capabilities – Police Officers will be responsible for their own standard of professional performance and will take every reasonable opportunity to enhance and improve their level or knowledge and competence.