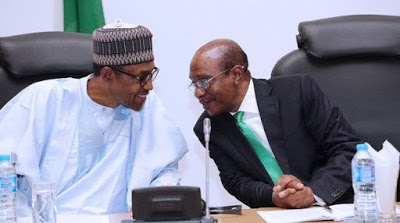 Tolu Aderemi, Partner in a top commercial firm in Nigeria,  has described President Muhammadu Buhari’s directive to the Central Bank of Nigeria to stop foreign exchange to food importation, as troubling.
The President had, during a visit of the Progressive Governor’s forum, given this directive to the Apex Bank to Discontinue the provision of foreign exchange to food importers. According to the President, Nigeria has attained food sufficiency.
In Aderemi’s opinion, this directive amounts to political interference in economic policies of an Apex bank which is supposed to be independent.
The Legal Practioner further noted that this directive is contrary to the provisions of Section 1(3) of the Central Bank of Nigeria Act, 2007 which states that
‘ in order to facilitate the achievement of its mandate under this Act, the Bank shall be an independent body in the discharge of its functions’.
Aderemi further noted that such directive is capable of sending wrong signals to potential investors of the overriding executive influence over the marketplace. This directive is also capable of weakening the CBN institution. On the contrary, Aderemi believes that it is the CBN who should guide the President on month fiscal and monetary policies of government.
At any rate, to come to the conclusion that Nigeria has reached food sufficiency, the Bureau of Statiatics must have provided the President with such information.
In conclusion, Aderemi urges the CBN to make its policies independent of any political influence. Its decisions should be solely based of statistics and best practices.