PENALTY FOR IMPROPER USE OF VOTER’S CARDS 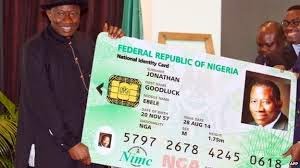 Editor’s note: This is the second post in a series informing
the public on Electoral offences, you can find the first post here – Punishment
for buying and selling voter’s cards.
The recent Presidential primaries of the APC and PDP caused
some excitement over the last couple of days. Elections are coming closer by
the day and political parties are ensuring they present their best candidate
before the electorate in 2015. Many Nigerians are also gearing up for the elections
as most conversations now centre on the coming elections or the roles being
played by any of the many protagonists and antagonists in the political movies playing in Nigeria now. As we all
get closer to 2015, its quite important that we all protect out votes and
ensure that we report any electoral criminality that we may observe or suspect.
An example of such criminality is the improper use of Voter’s
cards as provided for in  Section 120 of the Electoral Act 2010 which provides that – Any person who –
From the abovce provisons of the law, it is obvious anyone
caught commiting such criminality will have some explaining to do and possibly
some jail term to serve or fine to pay, thus it’s important no one participates
in such acts. Please share this article with as many people as you can to
discourage electoral offences.
Adedunmade Onibokun, Esq
@adedunmade
dunmadeo@yahoo.com