Paul Usoro Resigning Would Amount To A Gross Desecration of Nigeria’s Constitution, 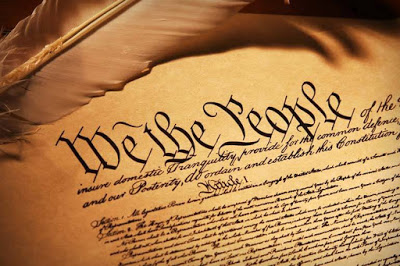 *It Would Amount to a Gross Desecration of Nigeria’s Constitution, Rule of Law and Due Process for Paul Usoro to Resign His Position as the NBA President When He Has Not been Found Guilty of any Offence*
Paul Usoro has a duty to protect, promote and preserve the rule or law, the Nigerian constitution and due processs, being the leader of the Nigerian Bar. If he is arraigned in court on corruption charges, let him face the charge. But he has no reason to resign on account of the unproven charges. If he resigns, then he’s a coward and in a gross breach of our constitution and rule of law. He is the number one lawyer in Nigeria; the leader of Africa’s largest bar association. To drive my point home, kindly permit me to refer you to my words, as published on 18 November 2028: *”

2, Our system of criminal justice is adversarial and accusatorial not inquisitorial or inquisitional? The major object of the adversarial processes is to give every bit of benefit of the doubt to any person or persons suspected of or accused but not yet convicted. It is only in this way that we can be sure that only the guilty is punished. Hence the prosecutor or accuser must necessarily establish the guilt of the accused person by credible evidence independently and freely secured.

3. The 1999 Constitution insists that an accused person must not be made to suffer any infraction to/of his personal liberty unless and until his guilt is established through due process before a court of law? Note for example section 35. (1) (a)&(b) of CFRN, 1999, as amended): “Every person shall be entitled to his personal liberty and no person shall be deprived of such liberty save in the following cases and in accordance with a procedure permitted by law – (a) in execution of the sentence or order of a court in respect of a criminal offence of which he has been found guilty; (b) by reason of his failure to comply with the order of a court or in order to secure the fulfilment of any obligation imposed upon him by law;”

See the ratio and legal principles established in clear terms by the Supreme Court in the case of CHIBUIKE AMAECHI v. INEC (2008) 5 NWLR (Pt 1080) where the Apex Court (per George Adesola Oguntade, J.S.C) had declared as follows? “I say again that convictions for offences and imposition of penalties and punishments are matters appertaining exclusively to judicial power…. An indictment is no more than an accusation… once a person is accused of a criminal offence, he must be tried in a court of law or other tribunal where the complaints of his accusers can be ventilated in public and where he would be sure of getting a fair hearing. …The jurisdiction and authority of the courts of this country cannot be usurped by either the Executive or the Legislative branch of the Federal or State Government under any guise or pretext whatsoever…. It is not a simple matter to find a citizen of Nigeria guilty of a criminal offence without first ensuring that he is given a fair trial before a Court of Law….It is simply impermissible under a civilized system of law to find a person guilty of a criminal offence without first affording him the opportunity of a trial before a court of law in the country. Even during the trial the burden to prove his guilt beyond reasonable doubt is on the accuser Indeed, it is a subversion of the law and an unconcealed attempt to politicize the investigation and prosecution of criminal offences to hold otherwise.” 5⃣ Article 4 of the African Charter on Human and Peoples’ Rights (Ratification and Enforcement) Act, CAP A9, LFN, 2004 to the effect that “no one may be arbitrarily deprived of this right?”

6. Note the effect of Article 7(1)(b) of the African Charter on Human and Peoples’ Rights (Ratification and Enforcement) Act, CAP A9, LFN, 2004 that “every individual shall have the right to have his cause heard without prejudice? Does this not comprise, as Article 7 states, the right to be presumed innocent until proven guilty by a competent court or tribunal?

7. Accordingly, we need to be wary of the way we twist our laws in Nigeria to suit our vested interests. We must realize that the rule of law is *for all and for no one particular.* The process of administration of criminal justice under a civilized constitutional democracy operating the adversarial criminal justice system requires as a matter of necessity that everything is and must be done to ensure the safety of citizens and that no one is punished or made to suffer unjustly or prematurely.

8. Further, a major part of the cardinal duties of the state or prosecutor in criminal proceedings as reinforced in the case of *Enahoro v. The State (1965)* 1 All NLR 125 is to be just, impartial and fair and to not persecute or victimize accused persons to achieve illegal ends. The prosecutor has an added duty to refrain from trying to obtain conviction at all cost. Hence in R.  Sugarman (1936) 25 Cr. App. R. 109, the Criminal Appeal Court (UK) had warned that “the business of the state counsel is fairly and impartially to exhibit all the facts to the jury. The crown has no interest in procuring a conviction but that the right person be convicted..” Put differently, the function of the state or the prosecutor under the Constitution is not to tack as many skins of victims as possible against the wall; it is rather to vindicate the rights of the people as expressed in the laws and to give those accused of crime a fair trial (Hon JUSTICE WILLIAMS ORVILLE DOUGLAS). Justice, though due to the accuser and the society, is due to the accused also. The concept of fairness cannot be strained till it is narrowed down to a filament; we are to keep our balance true (HON JUSTICE BENJAMIN CARDOZO in Snyder v. Massachusetts, 291 U.S. 97, 122 (1934).

9. The import of all these is that punishment for breach of any law must be done in line with procedures and processes set down by law. Therein lies the indispensability of the supremacy and applicability of rule of law. Anything short of this takes us back to the age of “might is right,” which would usher in an end to constitutionalism and decency, civility and order. It might as well be an end to the existence of an organized state.

10. The accused person does not have any statutory burden/duty of proving his innocence; else we all, one and all, would be at the mercy of the state and the individual whims of the state leaders.

11. The greatest and safest way to civility and progress for any society is for the society to embrace rule of law as its inviolable creed, to which both the leaders and the led are subject. Any action of the people, the leaders and anyone, however well intentioned, if it runs contrary to the dictates of rule of law is an anathema and constitutes a grave threat to the foundation of society, being  an invitation to chaos. A society that ignores rule of law welcomes rule by arbitrariness and the subjective predilections of people in authority. Rule of law is the basis for any functional democracy. And without rule of law in a democracy, chaos becomes the norm. As Mahmoud Abbas once declared, we cannot build the foundations of a state without rule of law. Perhaps, the wise words of one-time American army general, statesman and 34th President of the USA, Dwight D. Eisenhower (1890-1969) would help to drive this point securely home: “the clearest way to show what the rule of law means to us in our everyday life is to recall what could happen when there is no rule of law.”

12. Finally on this, the rule of law establishes principles that constrain the power of governments and public bodies, obliging each to conduct himself/herself/itself according to a series of prescribed and publicly known rules. This is why Obaseki, JSC, stated in the Military Governor of Lagos State vs. Ojukwu (2001) FWLR (Part 50) 1779 at 1802, para B-E, “the Nigerian Constitution is founded on the rule of law, the primary meaning of which is that everything must be done according to law.” .

13. What more can I say on this? It is a truism already that evidence of suspicion no matter how strong and/or evidence of the opportunity to commit the offence charged does not and cannot replace legal proof of the commission of the criminal allegation against the person charged with the offence (see Abieke and Anor. v. State (1975) N.S.C.C. 404 at 408; (1975) LPELR-8042(SC). This position is reinforced in the case of Samuel Bozin v. The State (1985) 7 SC 450 where the supreme court had declared that “suspicion, however grave does not amount to legal proof.”

14. Finally, in another Supreme Court case, Osarodion Okoro v. The Sate (1988) SC (Part II) 83, it was held that “the protection of the accused person who is presumed to be innocent cannot be curtailed by the strength of the case founded on suspicion, however strong. A conviction must be founded on evidence establishing the guilt of an accused beyond reasonable doubt.”

15. It is however unfortunate that all I hear in Nigeria is pretty much of people’s calling out to punish the guilty with only very few concerned to clear the innocent. This becomes much more worrisome when such emanates from legal practitioners who are expected themselves to be custodians and advocates of rule of law and due process, irrespective of their political or sectional leanings. The lawyer is not just a mere citizen, but a minister of justice, a member of an honourable,  learned profession and as such is expected by Rule 1 of the Rules of Professional Conduct for Legal Practitioners in Nigeria (2007) to always to uphold and observe the rule of law and to promote and foster the cause of justice. By the very special nature of their calling, lawyers have an added responsibility to educate the public on the core demands of law of evidence, due process, and rule of law. Specifically, the lawyer has a duty to accentuate the difference between a mere “accusation/speculation,” and verified information or statement. These duties and functions lay on the lawyer a variety of legal and moral obligations towards the public for whom the existence of a free and independent profession itself is an essential means of safeguarding human rights in face of the awesome power of the state and other interests in society (Balin Hazarika: 2012). If Nigerian lawyers for whatever reasons fail in these core duties, our hope of building, sustaining and advancing true democracy and constitutionalism would become a mirage.”*