Originating processes and Notices of appeal; a precis of the Supreme Court’s decision in Ani v Otu 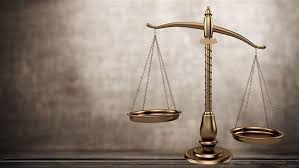 Originating processes
and Notices of appeal can no longer be deemed validly filed and served; a
precis of the Supreme Court’s decision in Ani v Otu (2017) 12 NWLR (Pt. 1578)
30 @ 71
From time immemorial,
various appellants have inundated the appellate courts with applications for
extension of time to appeal together with ‘preemptive’ deeming orders
regularizing their notices of appeal filed prior to the grant of such leave.
The apex and court of
appeal are wont to deeming such notices of appeal as valid, subject to
satisfaction of settled factors as laid down by the courts over the years. With
the age long precedents on deeming of notices of appeal, the question of its
propriety seemed settled so much that it didn’t attract any special attention
from the courts. Unequivocally, in Incar Nigeria Plc v Bolex
Enterprises Nig. Ltd (2001) 12 NWLR (Pt. 728) 646, the Supreme Court appeared
to have impliedly approved of the practice thus:
“A notice of appeal
filed out of time will require a prayer for enlargement of time within which to
file such notice of appeal. It is only after that prayer is granted that the
Court may deem the notice of appeal already filed as duly and properly filed.”
This remained the
judicial consensus/norm on deeming of notices of appeal until the 2017 decision
of the same supreme court to the contrary in Anthony Asuquo Ani v Ekpo Okon Abasi Otu (2017) 12 NWLR (Pt.
1578) 30 @ 70.
In that case, the appellants
filed a suit at the high court of Cross River State challenging the nomination
and selection of the Ekpo Abasi Otu (1st respondent) as Obong of Calabar. The high
court found in favour of the appellant and granted all the reliefs sought. On appeal,
the Court of Appeal set aside the decision of the High Court and that
necessitated another appeal to the Supreme Court.
Consequent upon filing a
notice of appeal against the judgement of the court of appeal, the appellants
filed an application at the Supreme Court for (1) an order extending time to
seek leave; (2) leave to appeal; (3) order extending time within which to
appeal; (4) leave to Appeal of grounds of mixed law and facts; (5) order
deeming the record of appeal as valid; (6) order deeming the notice of appeal
as valid; (7) order deeming the appellants’ brief as valid.
In addition to their
respective counter affidavits to the appellants’ motion, the two sets of
respondents filed preliminary objections to the hearing of the appeal (which
notice of appeal hasn’t even been regularized at the time of the objections).
In the leading ruling
read by Amina Adamu Augie, JSC, the Apex court granted only the four reliefs
seeking extension of time and leave to appeal while the three prayers seeking
deeming orders were refused.
Emphatically, Paul Adamu Galinje, JSC at page 70- 71
para H- B held that:
“However, the deeming order sought by the applicant in respect of
the record of Appeal, notice of Appeal and brief of argument cannot be granted.
A notice of appeal cannot be deemed as having duly filed and served because it
is a document which by definition commences an appeal. The documents which a
court can deem are those which parties exchange between themselves during the
course of proceedings, such as statement of claim or defence and briefs of
argument and not those which require
the signature of the registrar for their validity. The time for
transmission of the record of Appeal and the filing of briefs of argument can
only begin to run after the appeal is filed.”
Although a concurring
judgement, it possesses the force of the leading judgement. See the Supreme
court’s statement on concurring judgement in Ziakade Akpobolokemi v
Capt. Emmanuel Iheanacho (2016) LPELR -40563(CA) thus:
“A concurring judgment complements, edifies and adds to the
leading judgment. It could at times be an improvement of the leading judgment
when the justices add to it certain aspects which the writer of the leading
judgment did not remember to deal with. In so far as a concurring judgment
performs some or all the above functions, it has equal force with or as the
leading judgment in so far as the principles of stare decisis are concerned.
It is now no longer in
doubt that, the recent supreme court’s decision in Ani v Otu (supra) represents a paradigm shift from, not only the
procedural possibility/practice of deeming notices of appeal as valid but also
all other originating processes including writs of summons, originating
summons/motions and petitions, what however remains unclear is the effect of
the courts’ subsequent reliance on such deemed originating processes during
trial or further proceedings.
Conclusively, there’s no
gainsaying that the decision of the apex court is final, however in the
author’s respectful opinion, if it could be shown at the time of adoption of
addresses on the deeming prayer that, the said originating process was in fact,
signed by the registrar upon filing, then such a process ought to be taken to
have passed the test laid down in his lordship’s concurring judgement since the
whole essence of a deeming order is to expedite proceedings and downplay
technical justice in favour of substantial justice.
On the whole, until the
apex court takes another look at the erstwhile convenient and expedient
practice of deeming originating processes as valid, it remains inarguable that a
notice of appeal, like its counterpart originating processes cannot be deemed
validly filed and served. 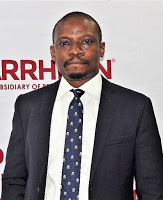 Maritime Cabotage In Nigeria – The Need To Empower Domestic Shipowners | Bisi Akodu
#JusticeForUwa: Time Has Come For Nigerian Police To Step Up Crime Prevention and Detection | Dele A...
CREATING AN INVESTMENT CULTURE: NO RIGHT TIME TO INVEST By Ahmed O Banu