Opinion: On Sambo Dasuki and the ruling of the ECOWAS Court by Raymond Nkannebe 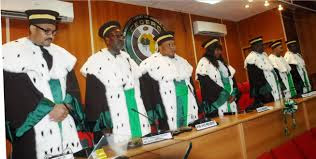 The
considered ruling yesterday 4th October, of a three man panel of the Ecowas
court led by Justice Friday Nwoke that terminated in an order of immediate
release of the estranged former National Security Adviser, Sambo Dasuki who has
been in custody of the DSS since last year, and cost against the Nigerian state
in the sum of 15 million naira is a welcome development. Nigerian security
operatives on no reason should be allowed in any guise to overshot the runway
of the law ostensibly to fortify the security of the nation.
The
right to Freedom of Liberty save in the exceptional cases must always remain
guaranteed. While some may argue that the circumstances bringing Dasuki within
this maze of legality falls within those exception encapsulated in section 35
of the constitution and as such should earn him a continuous detention at the
DSS, we beg to disagree and anchor our disagreement on a plethora of decided
cases by the supreme and appellate courts of this clime to wit :Abacha v state,
Bamaiyi v state, Fawehinmi v state Ani v state to name but a few. Where the
learned justices of both courts reechoed the attitude of the courts in
admitting to bail a person accused of an offence grave as they may be, to the
effect that where the accused would not prejudice the investigation of the
police; commit another offence or abscond from the jurisdiction of the courts
during the pendency of the trial; then bail becomes a right. 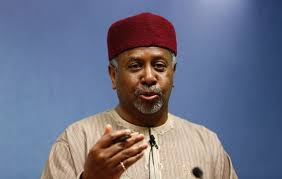 It
is our submission that poor Dasuki has fulfilled or at one point or the other
undertaken to fulfill these conditions, yet his twin rights of Freedom of
Movement and liberty as enshrined in sections 38 and 35 of the constitution respectively,
remain breached by security agencies.
More
so, one of the “exceptional circumstances” in the language of the
ACJA 2015 to be admitted to bail as provided in section 161(2)b is,
“extraordinary delay in the investigation, arraignment and prosecution for
a period exceeding one year”. It is common knowledge that Sambo Dasuki has
remained in custody beyond this window of the law. Therefore, it is safe to
conclude that our security operatives have breached both the judicial and
statutory requirements of the law in their desperation to secure conviction of
the former Security Chief.
It
is lugubriously pitiable that whereas the role of the police in any democracy
is to prosecute accused persons, the police have taken to persecution and a
man-eat-man approach to justice. This judicial rascality and professional
indiscretion must stop.
It
is on the sands of the fore going therefore, that the judgment of the Ecowas
court as a regional court of competent jurisdiction becomes instructive and
hence should be hailed. While many lawyers have argued that the judgment of the
court is at best persuasive and it’s sanctions prone to abuse by member
nations, it remains to be seen how the Buhari administration who rode to power
on the wings of democracy and Rule of Law and who therewith, told a beleaguered
nation at his inaugural address that he would uphold the rule of law and all
conventions to which Nigeria is a signatory to, would react to this particular
ruling of the court.
Let
us conclude by paraphrasing the irrepressible late Justice Chukwudifu Akunne
Oputa in one of his legal sound bites. The prosecution in its pivotal role of
helping the courts come to the justice of a case must always remember that
their role is to prosecute and not persecute. A spectacle where the Law is
triumphant and justice prostrate therefore, must remain a sorry, and I dare
say, gory spectacle. For the law in the final analysis is but a hand maid of
justice.
The
writer, a lawyer and public affairs commentator wrote in from kano. He can be
reached via Raymondnkannebe@gmail. Twitter : @RayNkah