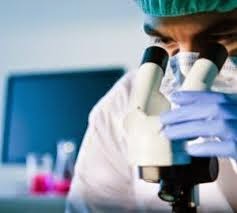 The public health of a society or community
is very important to the general welfare of everyone in that society or community.
A good example that depicts the importance was the recent Ebola outbreak in
certain African countries, if you followed the news and updates from neighboring
countries who were worst hit by the virus, you must have observed their
respective governments instituting policies and measures to control the
breakout such as issuing directives that certain areas be quarantined and
placing curfews to prevent movement and spread of the virus. Such instances show
how important governments work hard to ensure the health of its citizenry is
protected and you will always find an abundance of laws which aim to punish and
prevent exposing the public to health hazards, for instance the Nigerian
Criminal Code Act.
Section 243 of the Act provides that –

It should be noted that anyone who vitiates
the atmosphere so as to make it noxious to the health of persons in general or
spreads any infectious disease dangerous to life is guilty of a misdemeanor and
liable to 6 months in prison.
Adedunmade Onibokun
@adedunmade
dunmadeo@yahoo.com