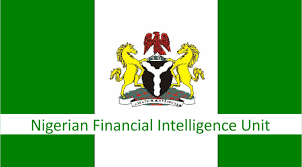 The Nigerian
Financial Intelligence Unit (NFIU) is the Nigerian arm of the global financial
intelligence Units (FIUs) domiciled within the EFCC. The NFIU seeks to comply
with international standards on combating Money Laundering and Financing of
Terrorism and proliferation. The establishment of the NFIU is based on the
requirements of Recommendation 29 of
the Financial Action Task Force (FATF[1]) Standards and Article 14 of
United Nations Convention Against Corruption (UNCAC).
The Egmont
Group is the global body responsible for setting standards on best practices
for FIUs and is made up of more than 131 FIUs from 131 jurisdictions. It was
founded in 1995 to foster international collaboration in the exchange of
intelligence by member states. It also supports and influences the work of FATF
as it relates to the mandate of FIUs under FATF Recommendations 29 and 40. The
NFIU was admitted into the Egmont Group of FIUs in 2007 and also sponsors other
African countries to also be members of the Egmont Group.
The NFIU has the
responsibility to:
·
Receive currency transactions reports,
suspicious transactions reports, currency declaration reports and other
information relating to money laundering and terrorist financing activities
from financial institutions and designated non-financial institutions.
·
Receive
reports on cross-border movement of currency and monetary instruments.

·
Maintain
a comprehensive financial intelligence database for information collection,
analysis and exchange with counterpart FIUs and law enforcement agencies around
the world.

·
Advise
the government and regulatory authorities on prevention and combating of
economic and financial crimes.
·
Provide
information relating to the commission of an offence by entities and subjects
linked to another jurisdiction to foreign financial intelligence unit based on
the membership of Egmont Group or on the basis of bilateral cooperation.
·
Promote
public awareness and understanding of matters relating to economic and
financial crimes, money laundering & financing of terrorist activities.
·
Liaise
with compliance officers and ensure strong compliance culture by reporting
entities.
Though the NFIU was under
the EFCC, the Senate on Wednesday, 7/3/2018, passed
a bill to make Nigeria’s Financial Intelligence Unit (NFIU), currently under
the Economic and Financial Crimes Commission (EFCC), totally independent.
The Egmont group had threatened to expel Nigeria permanently by March 11, if
the Nigerian government failed to grant the unit the autonomy it required to be
a member of the EGMONT group.
The NFIU was
in July 2017 suspended by the Egmont Group of Financial Intelligence Units for
allegedly not being independent. The group reportedly demanded autonomy for the
NFIU as a condition for the suspension to be lifted. A major disadvantage of
the NFIU not being autonomous is that it would affect Nigeria’s global corruption
and financial rating.
Now that the NFIU has been
granted autonomy by the Senate, all that remains is for President Buhari to
sign same into law.

5 Misconceptions about Tenancy Law in Nigeria | Adedunmade Onibokun
IS YOUR LAW FIRM “THE ONE”? by Barb McGivern
A Tool To Help You Learn Your Legal Rights And Obligations