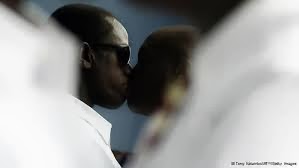 Recently, the Nigeria government passed the Same Sex Marriage (Prohibition) Law, a law prohibiting same sex marriage in the country which caused a lot of debates, criticism and commendation from various sectors of the country and also from the international community.  Also, persons accused of being homosexual have been investigated by the police, sometimes leading to arrests and various courts have

begun to punish homosexual behavior. The aim of this article is not to debate on the justification (or not) of the law but to inform about the provisions of this new law.

The law provides only marriages between a man and a woman shall be recognized as valid in Nigeria, thus a marriage contract or civil union between persons of the same sex is prohibited in Nigeria and therefore invalid or illegal. Also any certificate of marriage or civil union granted to members of the same sex by a foreign country shall be void and any benefits conferred by such certificate shall not be recognized or actionable in Nigeria. Religious houses and institutions are also precluded from solemnizing unions between members of the same sex. Persons who enter into same sex marriages or civil union commit an offence and are liable upon conviction to 14 years imprisonment.

Gay clubs and societies are also prohibited, so also are their activities. Any direct or indirect form of public show of same sex amorous relationships are also prohibited. A crime which is punishable upon conviction to 10 years imprisonment. Any person that aids or abets such acts as mentioned above are also liable upon conviction to 10 years imprisonment. The law also grants jurisdiction over such matters to the High Court.
It should be noted that civil union according to the law means any arrangement between persons of the same sex to live together  as sex partners, and shall include such descriptions such as adult independent relationships, caring partnerships, civil partnerships, civil solidarity pacts, domestic partnerships, reciprocal beneficial relationships, registered partnerships, significant relationships and stable unions.
Adedunmade Onibokun
@adedunmade