New Amendments To The Regulations On The Status & Transfer of Players By FIFA (Pt.1) 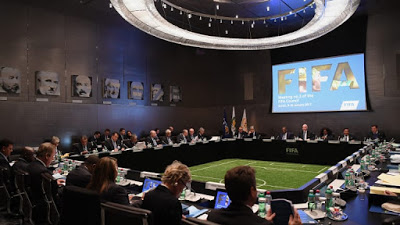 Introduction
One of the most important regulations made by FIFA
which ensures contractual stability in football and a healthy relationship
amongst players, clubs and member associations is the ‘Regulations on the
Status and Transfer of Players’ (RSTP).
This Regulation is often amended yearly in order to
cover new developments or issues that occurred in the previous year. This is
done through the publication of a new version of the RSTP, and through
Circulars that are usually published on the official website of FIFA.
This article (a series) highlights the various
amendments which have been made to the Regulations on the Status and Transfer
of Players in 2019.
1. Amendment
to the definition of “third-party”.
Under previous versions of the Regulations of the
Status & Transfer of Players prior to 2019, “third party” was defined by
FIFA as:
“a party other than
the two clubs transferring a player from one to the other, or any previous
club, with which the player has been registered.”
Based on that definition, ONLY a buying club,
a selling club, or any former club of a player were NOT considered as third
parties. This meant that any other person or organization other than those
three were considered third parties.
However, by virtue of
the amendment as contained in definition No 14 of the 2019 version of the RSTP, players are now included among
those NOT to be considered as third parties in football. A
third party is now presently defined as:
“ a party other than the
player being transferred, the two clubs transferring the player from one to the
other, or any previous club, with which the player has been registered.”
Based
on the above, the only persons who are NOT third parties are:
1.      A player
being transferred;
2.      The
selling club;
3.      The buying
club; and
4.      Any former
club of the player being transferred.
Do
you know that by virtue of the above amendment, a player can now benefit from
his/her own transfer fee? Article 18ter of the RSTP provides:
“No club or player shall enter
into an agreement with a third-party whereby a third-party is being entitled to
participate, either in full or in part, in compensation payable in relation to
the future transfer of a player from one club to another, or is being assigned
any rights in relation to a future transfer or transfer compensation.”
From
the above definition in Article 18ter, it is apparent that a “third party” is
prohibited by FIFA from benefiting from a transfer compensation. However, since
the definition of a “third party” now excludes a player being
transferred, it means that a player can now be LEGALLY entitled to a part of or
the whole of his future transfer fee (if agreed with his club) without being in
violation of Article 18ter of the RSTP.
According to FIFA, “…such amounts promised to the
players should be seen as part of the remuneration due to the players under
their employment relationships with their clubs and such agreements should not
be considered a violation of FIFA’s rules on third-party ownership of players’
economic rights.” This is also in line with the jurisprudence of
the FIFA Disciplinary Committee in the
June 2018 decisions involving Panathinaikos FC, Werder Bremen FC &
others.
Players
and their representatives can leverage on this henceforth, by requesting a
percentage of a future transfer fee for the player, especially where the buying
club is unable to afford decent wages, sign-on fees, loyalty bonuses.
performance related-bonuses, etc.
This
amendment came into force on June 1, 2019.

2. Amendment to the
“Registration” of Players.