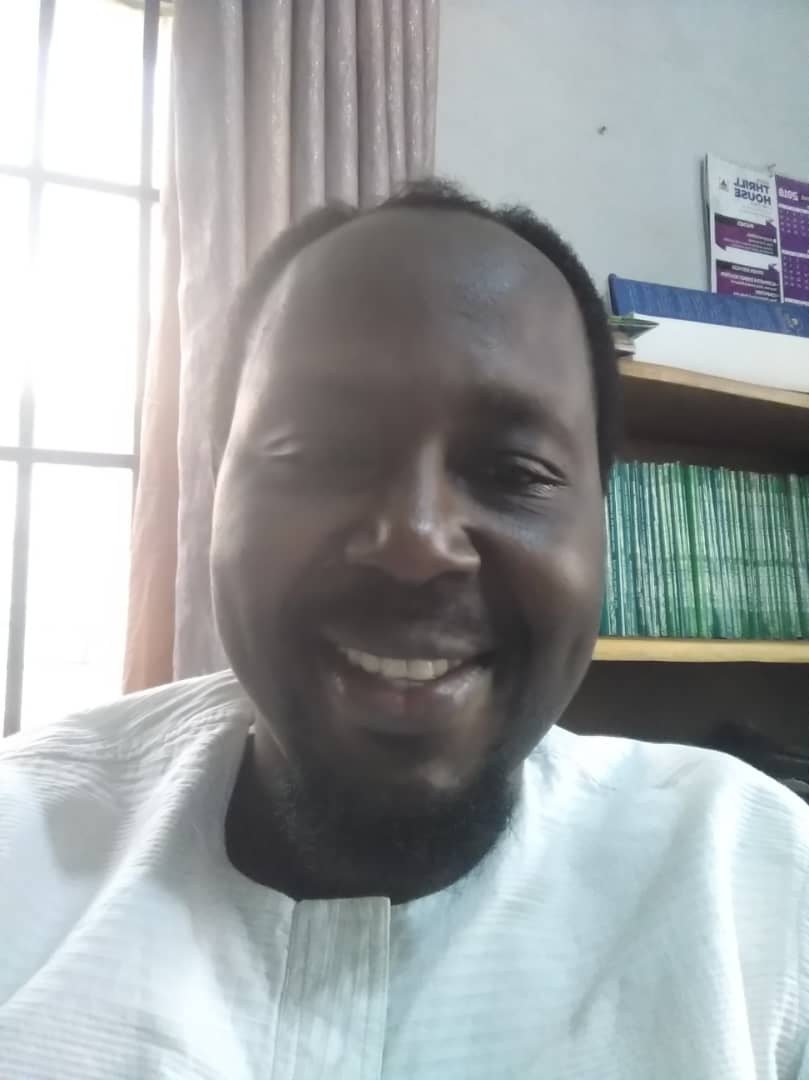 Depth, vision, capacity, indispensable experience, resilient consistency, positive frequency, tenacity of  goodwill, consistency of drive for the well being and progress of the Bar and a whole lot more of good forms, define the quality endowment of the formidable Mr. Dele Adesina, SAN, who is contesting for the position of President, Nigerian Bar Association.

On the scales of experience and exposure to the dynamics of the highly esteemed Nigerian Bar Association (NBA), Mr. Adesina (SAN) is a perfectly round peg in a round hole who is embellished with incontestable and crystal clear distinction in height, like mount Everest among other mountains of the earth. Matchlessly colossal and towering in glistering gloss of pure gold of experience, Mr. Dele Adesina (SAN) obviously and deeply sight-grasps the past (in indispensable knowledge of ‘the way and how’ of the NBA), understands the present (in indispensable knowledge of challenges and the path to overcoming them), and sees further far into the future for the good of all (hence, his overture towards securing the good future of the Bar). Mr. Adesina (SAN) understands the journey. He knows the flanks and terrain. Reiteratively speaking, indispensible is his experience at this time in the life of the Nigerian Bar.

Taking off from the humble grounds of civil service as a state counsel prior to his overtures towards private practice, and making splendid contributions to intellectual discourse in law through his lectures and write-ups, Mr. Adesina (SAN) has navigated through all flanks of the esteemed Nigerian Bar Association with records of phenomenal success. Now, in 2020, Mr. Dele Adesina (SAN) aspires to lead the Nigerian Bar Association in the capacity as President. Surely, the crown does not just only look good, but looks sparklingly best on Mr. Dele Adesina’s head.

Mr. Adesina’s loyalty to the profession is amazing—with a spice and taste of folk like heroics in his salvaging of the wig and gown in the heat of arson driven mob rage during a political crisis in the 80’s. What manner of passion or goodwill this is(?) may be a question arising within those who come across this phenomenal deed in his well packaged profile. An answer to the question is definitely bound to be found in ‘the will to rescue’ what he deemed to hold in principal value amongst his material fabrics. Yes! ‘Let every other garment burn, but not my wig and gown” is, perhaps, the resolution within Mr. Adesina’s mind under a state of tension as he helplessly watched his properties face destruction by fire at that challenging time of his history. Let Mr. Adesina (SAN) be reminded of this heroic in his noble quest to lead the highly esteemed Nigerian Bar Association—and have his spirit awakened to maintain this outstanding consistency of ‘will to rescue’ for transposition into his anticipated era as President. It comes as no surprise, however, that his motto, which mirror’s his ‘will to power’, is “securing the future of the Bar”. In this stance, he is trust worthy.

Another shining exemplary instance where he demonstrated goodwill, passion, and drive towards the Bar was while he served as the General Secretary of the NBA. At that time in issue—which was dark in the annals of the NBA—the Chairman of Onitsha Branch of the NBA (Mr. Barnabas Igwe) and his wife (Mrs Abigail Igwe/also a lawyer), were cold bloodedly murdered. In the annals of NBA officially rising to the occasion through its officers when it mattered, reportedly, with the support and approval of the overall leadership, Mr. Dele Adesina practically moved the Secretariat to Onitsha. NBA was so moved to operate like a double edged sword. Aside from making attempts to get justice on one hand, Mr. Adesina, responsibly, was instrumental and pivotal to “securing the future” of children of late Barnabas and Abigail Igwe. On the march, he was able to move the mass, weight and currents of the NBA to raise a sum of N20,000,000 (twenty million naira) as endowment for the upkeep and education of the orphaned children. There are a plethora of inspiring demonstrations of good and humane leadership by Mr. Dele Adesina (SAN) at the local and national levels of NBA administration.

Mr. Dele Adesina has definitely seen what many other’s don’t or haven’t, and he requires our assistance and assurance through voting in his favor to assume that position of authority which will enable him launch his good ‘will to power’ and secure the best possible visions he has perceived and conceived for the highly esteemed Nigerian Bar Association. Every vote in his favor matters. Therefore, as we move to vote in the coming election, let it echo in a sonorous orchestral harmony within us that “the crown does not just only look good, but looks sparklingly best on Mr. Dele Adesina’s head”.

Mr. Adesina’s aspiration is not limited to just being the NBA President for purpose of executing the professional society’s development agenda. In his mission statement, it is clearly spelt out that the NBA will also be driven to the point of influencing, and contributing to, nation building. This is proof of capacity for innovation, dynamism and positive community influence. This is believable; particularly wherein one peruses through the indelible scripts of his history and profile to savor his time at the phenomenal Ikeja Bar as Chairman where he was tasked with standing alongside his progressive likes in strong opposition against military dictatorship with success. Undisputedly, Mr. Adesina (SAN) is capable and ready—more than ready! Therefore, let our votes be ready to roar victoriously because ‘the crown does not just only look good, but looks sparklingly best on Mr. Dele Adesina’s head’.

Mr. Dele Adesina’s overtures are well spelt out in beams of bright sparkling light under the administration of esteemed Chief Wole Olanipekun (SAN) as NBA President. There are many positive impacts to highlight. Is it in respect of the establishment and support of diversity and specialization? Or, is it with regard to the focus on seeing to the rising of the standard of legal education by direct investment in form of four law schools (as it then existed)? TAKE NOTE, as a matter of profound and indelible legacy, that Mr. Dele Adesina (SAN) was part of the team that secured the establishment of NBA as a body with juristic personality and perpetual succession in 2002. What is more, he was part of the team that established the stamp and seal policy to check the invasion of fake lawyers and to promote professionalism. Being part of the above listed success trains is further proof of his overtures towards keeping and maintaining a vision – OF SECURTY. There is so much more on the score cards of experience which drum thunderously in Mr. Dele Adesina’s favor. His candidature is such a massive swagger ginger to the mind which seeks genuine and realistic progress of the Bar. Hence; absolutely—and without doubt, “the crown does not just only look good, but looks sparklingly best on Mr. Dele Adesina’s head”.

Dexterous on the flanks of intellectual writing, Mr. Adesina has shed very intensely luminous rays of light through his publications and lectures on vital issues concerning law and the legal profession. The count of these works is over two score (40+) within and outside Nigeria. Attentively glazing into his vision which is driven by “visionary, selfless and exemplary leadership”, one is drawn towards his profile and mission statement wherein no self seeking engineered propaganda is visible. Visible on all fronts are facts which sound loud in his vision statement. Mr. Adesina’s works, journey, and sacrifice, speak for him in thunderously vociferous magnitude; yet, calm in consistency of impact and wowing impression, like sweetly scented breeze of a flowery garden. As a matter of fact and no figment of fantasilized imagination,   Mr. Adesina (SAN) is WELL INFORMED about the association which he presently aspires to lead. His standing is pure ASSURANCE. His candidature is the REAL DEAL! Once again, reiteratively speaking, ‘the crown does not just look good, but looks sparklingly best on Mr. Dele Adesina’s head.

The promised destination of consolidated glory is at hand for the Nigerian Bar Association with Mr. Dele Adesina as the National President. This is a central awareness of a multitude of highly esteemed lawyers from Gracious Silks to New Wigs, who have chosen to add their voices to support Mr. Dele Adesina (SAN) in campaign. The graceful multitude, known as TEAM DASAN (DELE-ADESINA-SAN) and publicly marshaled by Mr. Adesina Adegbite (Former National Welfare Secretary of the NBA), have been a spectacular propeller—blazing indefatigably with blistering momentum, boisterous glee, contiguous optimism, inviolable harmony, and an apparently indestructible spirit of progression towards a golden goal.

The high powered team DASAN train is endowed with a limitless expansive space to accommodate as many as would like to support the great course of progression into a better secured future of the Bar. For those who have not yet come on board DASAN EXPRESS, cast away all doubts concerning Mr. Dele Adesina’s candidature, take a decision for DASAN (if you have not done so), reflect deeply and resolve to align with  Mr. Adesina’s aspiration. VOTE RIGHT! Your vote is your power to empower the best and contribute to the consolidated future security and greatness of the highly esteemed Nigerian Bar Association.

All along in the NBA, Mr. Dele Adesina (SAN) has been there, serving meritoriously. Obviously, he is very fit to be the next President of NBA. As for those who are buying a misconception that Mr. Dele Adesina (SAN) is riding on a tribal chariot, please think twice and CAST AWAY such misleading misconception as they come your way. Mr. Dele Adesina (SAN) is a bar man of exquisite open mindedness and humane grandeur—further finely defined in Spanish letters’ construct as DASAN El Magnifico! To the Young Lawyers, because you are the FUTURE, it is most beneficial that you observe scales of ‘experience’ and ‘service value’ in the history of the NBA administration as you choose whom to vote for. Mr. Dele Adesina (SAN) is a perfect example of a leader to support and follow. On a concluding note, I strongly affirm that there was never, and there is not, A SINGLE DOUBT: ‘the crown does not just only look good, but LOOKS SPARKLINGLY BEST ON DELE ADESHINA’S HEAD!’.