NBA Decides: We Must Not Permit The Manipulation of History | Orji Uka 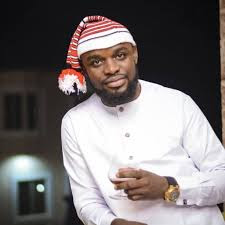 In the famous
words of Aaron Levenstein, “Statistics are like bikinis. What they reveal
is suggestive, but what they conceal is vital.” The same can be said of
history, particularly when manipulated to achieve a desired end.

Election campaign seasons are typically characterized by a proliferation of
different opinions/articles/posts most of which are designed to achieve a
partisan end. Regrettably, election into National Offices of the Nigerian Bar
Association (hereinafter referenced “NBA” or “the Association”) is not
immune to such. Accordingly, as election campaigns get set to begin for the
2020 elections into National Offices of the NBA, we have already started to see
such articles.

One of the tales currently being spun is that the South West geopolitical zone
of Nigeria MUST produce the next NBA President to give every zone a sense of
belonging, and to ensure that there is no predominance of people from one
inner-bloc to the detriment of others. In support of this position, one of the
illustrations referenced is the “fact” that the “Western
Bloc” is divided into two inner components, the South West and the
South-South/MidWest components. And that in 2008, when it was the turn of the
Western Bloc, Nigerian lawyers elected the current Governor of Ondo State, Mr
Rotimi Akeredolu, SAN from the South West, while the MidWest produced NBA
President in 2014 in the person of Mr Augustine Alegeh, SAN, hence it is the
turn of the South West to produce the next NBA President. The view has also
been expressed that anything short of that will amount to the promotion of
inequity and might defeat the very purpose for which the rotational presidency
applicable in the NBA was introduced.

The above represents the classic example of how to manipulate history.
Thankfully the electorate for the NBA elections is a highly educated and
well-informed electorate. It is for that reason, and that alone, that I
considered it imperative to provide the fuller facts and circumstances to
enable Nigerian lawyers make up their minds for themselves.
It is important to
state from the outset that there is indeed a policy of rotational presidency applicable
in the NBA. More than being a mere policy, the above is now clearly provided
for under the express provisions of the extant Constitution of the Nigerian Bar
Association 2015 (as amended).
By a combined
reading of Section 9 of the NBA Constitution and paragraph 2 of the second
schedule thereto, the NBA for the purpose of elections of National Officers is divided
into three geographical zones namely – Northern zone, Eastern zone and Western
zone, and the offices of President and General Secretary of the Association are
to rotate among the three zones. The Constitution also provides that where a
position is zoned to any particular geographical zone, the position shall be
rotated and held in turn by the different groups and/or sections in the
geographical zone.
It is instructive
to note that while the Constitution clearly spells out what is meant by
geographical zone and stipulates what States are comprised in each zone, there
is no attempt to explain what is meant by “group and/or section in the
geographical zone.” For that reason, it becomes pertinent to take a trip down
memory lane to determine how the rotational presidency policy has been applied
in previous NBA elections.
The rotational
presidency policy, albeit not expressly provided for under the NBA Constitution
until 2015, was resorted to as part of the panacea for the crisis that engulfed
the Association between 1992-1998 when NBA had no President and was run at the
Branch level only. After the election of Chief T. J. O. Okpoko in 1998 and the
expiration of his tenure in 2000, the successive Presidents  of the NBA are represented in the list below.

In the Northern
geographic zone, prior to the election of Abubakar Balarabe Mahmoud, SAN (Kano)
in 2016, both slots for the North were filled by two indigenes of Kogi State,
Bayo Ojo, SAN (2004) and J. B. Daudu, SAN (2010). There was no suggestion whatsoever
that their elections contravened the rotational presidency policy of the NBA,
as long as both belonged to the North.

In the Eastern
geographic zone, to those familiar with NBA politics, there was an unwritten
internal arrangement (under the auspices of the Eastern Bar Forum) between the
South East and the South-South components of the Eastern geographic zone to
rotate the Presidency between the two components. Interestingly, the first two
times that it was the turn of the South-South component of the Eastern
geographical zone to produce the NBA President, both Presidents O. C. J.
Okocha, SAN (2000) and Okey Wali, SAN (2012) hailed from Rivers State and this
presented no difficulty at all.
The unwritten
internal arrangement between the South East and the South-South components of
the zone to rotate the Presidency between the two zones was religiously
followed until 2018 when the incumbent President, Paul Usoro, SAN from the South-South
component contested, defied the odds and won the election. Interestingly, some
of those who supported his candidature are also part of those singing the
ethnic tune in the build up to the 2020 election.
The position in
the Western geographic zone even makes for more compelling reading. The first
two times the Presidency was zoned to the Western zone, the South West (Ekiti
and Ondo States in 2002 and 2008 respectively) produced the President. Again
there was no agitation by the emergency  advocates
for geographical equality that it be reserved for the other components of the
Western zone. When next the NBA Presidency was zoned to the Western geographic
zone in 2014, while I cannot claim to have first-hand knowledge of what
transpired, there have been several credible accounts of a meeting where
lawyers from the MidWest requested that the Presidency be reserved for them but
this was flatly rejected. The above is fortified by the fact that, contrary to
the dishonest impression that the NBA Presidency was zoned to the MidWest in
2014, there were in deed 3 very distinguished lawyers from the South West on
the ballot to wit, Mrs Funke Adekoya,
SAN, Deacon Dele Adesina, SAN and Mr Niyi Akintola, SAN. Thus Mr Augustine
Alegeh, SAN emerged as NBA President in spite of, and not because of,  the lack of an arrangement between the
MidWest and the South West.

In light of the
above incontrovertible facts, all of which transpired in our lifetime as
opposed to some ancient era, it is therefore curious to contend, as some have
done, that Nigerian lawyers ought to ensure they elect only a core Yoruba man
as the NBA President and that any candidate who is not from the South West
geopolitical zone cannot fit into this equation. For the same reason it is at
best fanciful, to declare with magisterial authority that the MidWest has taken
its turn in the NBA Presidency.

In the final
analysis, we must not permit the manipulation of history by the emergency
geographical equality advocates even if they are Law School lecturers. The wider
Nigerian socio-political environment is facing serious existential problems especially
in the area of lack of respect for the fundamental rights of citizens and the
rule of law. There is a general consensus that as one of Nigeria’s pre-eminent organisations,
the Nigerian Bar Association has not truly lived up to its potentials in this
regard. As the 2020 elections approach, it would be counterproductive for
lawyers to elevate the tribal question above competence and the substantial
issues begging for attention. This is a new decade, let us get it right so that
when our history is told, unlike statistics it will not conceal anything vital.

My name is Orji A.
Uka